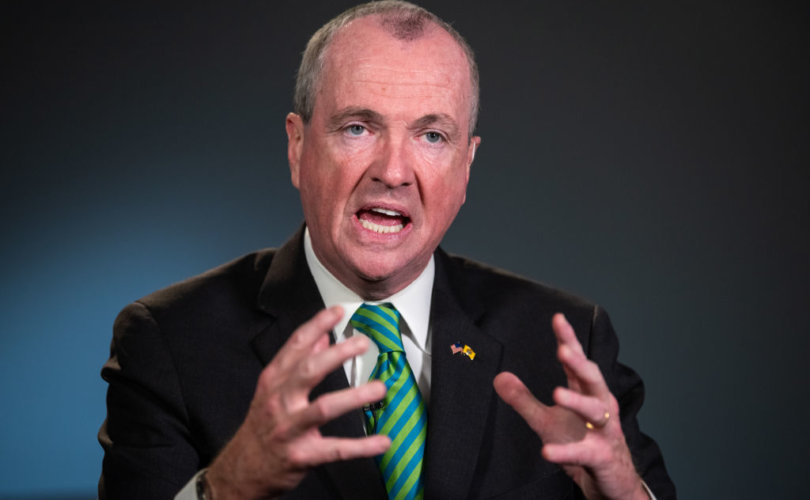 NEW HAVEN, NJ March 26, 2019 (LifeSiteNews) – New Jersey Gov. Phil Murphy (D) vowed to sign new legislation to allow sick patients to receive help from doctors in killing themselves, saying in a statement, “This measure is about dignity,” adding that it will make New Jersey a “more dignified and empathetic state.

Praising fellow Democrats, Senator Nicholas Scutari and Assemblyman John Burzichelli, Murphy stated: “Allowing terminally ill and dying residents the dignity to make end-of-life decisions according to their own consciences is the right thing to do. I look forward to signing this legislation into law.”

In 2016, Patrick Brannigan of the New Jersey Catholic Conference expressed opposition to an earlier version of the bill. The Catholic Conference, he said, opposed the bill because “physician assisted suicide is a direct threat to anyone viewed as a significant cost liability to a healthcare provider.” Patients with lingering illnesses, he said, could be “branded as an economic liability, and decisions to encourage death could be driven by cost.” He cited the example of Stephanie Packer, a Californian who was denied coverage for needed chemotherapy but was approved for drugs to end her life.

The bill now in the New Jersey legislation will go into effect if Gov. Murphy signs it. If he pockets the bill, it would automatically become law within 45 days. The legislation would require two physicians to confirm if a patient has six months left to live. A terminally-ill patient could then request and self-administer the lethal dose prescribed by the doctors and without medical witnesses.

According to NorthJersey.com, State Sen. Robert Singer (R) believes that the bill puts patients’ lives into the hands of doctors. Singer said, “What if they’re wrong? What if they made a mistake and that person is not going to die?”

LifeSiteNews contacted Diane Coleman, president of Not Dead Yet – a secular organization that advocates for the dignity of disabled persons. Coleman told LifeSiteNews that she and her organization are “not happy” about the New Jersey bill. “I don't think it's a coincidence that this law passed at a time of rising pressures to cut healthcare costs,” Coleman said in an email response.

“There are many forms of coercion toward assisted suicide, including insurance denials and delays. Making healthcare providers the gatekeepers of assisted suicide has the makings of a perfect storm that should worry us all,” she added.

Coleman is being treated for an advanced neuromuscular condition and requires breathing support with a mask 18 hours a day. Because she depends on such life-support, Coleman has written that she would qualify for assisted suicide wherever it is legal. According to NewJersey.com, she wrote, “Why does everyone else get suicide prevention, while old, ill and disabled people get suicide assistance?” She went on to write, “How could a doctor who's known a person for an average of 13 weeks know if they are being pressured to ask for assisted suicide?”