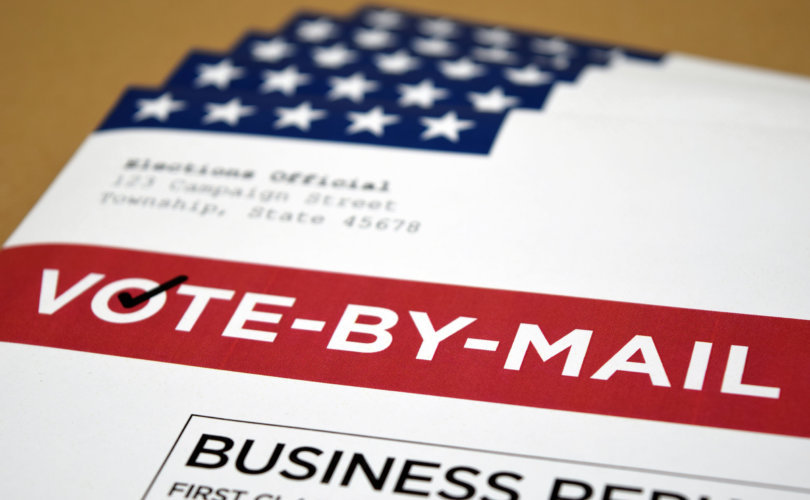 PATERSON, New Jersey, August 24, 2020 (LifeSiteNews) – With Republicans and Democrats accusing each other of trying to engage in voter fraud in the upcoming presidential election, a recent case in New Jersey has shown that voter fraud is not merely a political talking point but a real-life problem.

State Superior Court Judge Ernest Caposela “ruled that a new election will be held in November for a disputed Paterson City Council seat, just weeks after the race’s apparent winner and a sitting councilman were charged with voter fraud,” the Associated Press reported Wednesday.

“Alex Mendez had won a special election on May 12 to fill the seat, but claims of voter fraud were soon raised,” according to the AP. “An investigation was then launched after the U.S. Postal Service’s law enforcement arm told the state attorney general’s office about hundreds of mail-in ballots located in a mailbox in Paterson, along with more found in nearby Haledon.”

Roughly 800 ballots were not counted in the local election.

In June, the Paterson Press reported that four individuals had been arrested for alleged voter fraud, “including Michael Jackson, an incumbent city councilman, and councilman-elect Alex Mendez.”

Jackson and Mendez, whose party affiliations were not mentioned in any news reports, were, among other things, both charged with “Fraud in Casting Mail-In Vote,” “Unauthorized Possession of Ballots,” and “Tampering with Public Records.”

“This is a guy who said that all mail-in ballots are fraudulent, voting by mail,” Biden said during a television appearance, “while he sits behind the desk in the Oval Office and writes his mail-in ballot to vote in a primary.”

Biden did not distinguish between absentee ballots, which each voter has to request officially, and simple vote-by-mail, which consists of all registered voters receiving a ballot to send in.

Voter rolls across the United States are notoriously unreliable, compared with other civilized countries in the Western world. The AP reported that in July that an Atlanta resident received “a voter registration application addressed to Cody Tims — his cat, who died 12 years ago.”

The Secretary of State’s office explained that external groups “all over the country are targeting Georgia to help register qualified individuals. This group makes you wonder what these out-of-town activists are really doing. Make no mistake about it, this office is dedicated to investigating all types of fraud.”

“In the U.S., households do not vote but rather registered individuals do, including those living with other registered voters,” Reuters explained. “This same logic applies to those voting by mail.”

“Rochelle Rayray, one of the residents listed on these ballots, confirmed these letters were for her and her family, and that she has been trying to stop this mislabeled photograph’s circulation. She told Reuters her family doesn’t live at that address anymore, as the family sold the house, and she did not expect the new residents to share her personal details on social media.”

Reuters did not acknowledge that at least one of the recipients of the mail-in ballots was no longer living at the address, thus showing how unreliable voter rolls are. The news organization also failed to acknowledge that a dishonest person could have used the mail-in ballot mailed to the other person no longer living at the address to simply cast a vote.

President Donald Trump tweeted in June, “Because of MAIL-IN BALLOTS, 2020 will be the most RIGGED Election in our nations history – unless this stupidity is ended. We voted during World War One & World War Two with no problem, but now they are using Covid in order to cheat by using Mail-Ins!”

Because of MAIL-IN BALLOTS, 2020 will be the most RIGGED Election in our nations history – unless this stupidity is ended. We voted during World War One & World War Two with no problem, but now they are using Covid in order to cheat by using Mail-Ins!

Donald Trump Jr., the president’s son, last Wednesday ridiculed the Democrats for arguing in-person voting is unsafe amid the coronavirus crisis while at the same time not cracking down on Black Lives Matter and Antifa protests and riots across the country.

Trump said that if “you can loot in person, you can vote in person,” adding, “I know someone who got four ballots to the same address, to their house, for people who no longer live there.”

He emphasized the distinction between absentee voting and universal mail-in voting.

“This is a system that’s worked well in Florida and many other states, but it’s tied to an individual with an actual form of identification to eliminate that fraud, and if you go through that process, we’re 100 percent fine with that for those that don’t necessarily want to go to the polling booth that day,” he explained. “It’s not that we’re trying to say you can’t do any of it.”