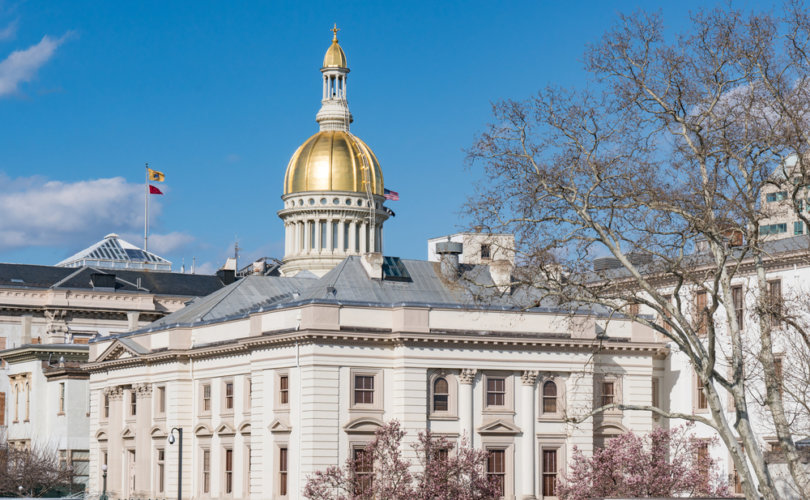 (LifeSiteNews) – A New Jersey bill enshrining into law what it termed the “fundamental right” to abortion was passed yesterday by both Houses.

Bill S49/A6260 explicitly states that it “codifies the constitutional right … recognized by the New Jersey Supreme Court, to freedom of reproductive choice, including the right to access contraception” and “to terminate a pregnancy.”

The law is designed to be a foundational one for the state, as it stipulates that all present and future laws, rules and policies “conform” to its “provisions and the express or implied purposes.” Any other laws or policies that come into conflict with it are “subject to invalidation.”

“This would allow for abortions at any time and for any reason up until birth,” the New Jersey Catholic Conference noted, also pointing out that it largely resembles the Reproductive Freedom Act (RFA), which it was intended to replace.

S49/A6260 now goes to New Jersey Gov. Phil Murphy, who is expected to sign it into law.

Michael Symons, State House bureau chief for New Jersey 101.5, noted that the introduction of the law was prompted by the pending U.S. Supreme Court case that could overturn Roe v. Wade.

Whereas previously New Jersey abortions had to be performed by a doctor, the National Catholic Register noted that “​​In October 2021, the New Jersey State Board of Medical Examiners unanimously decided to allow advanced practice nurses, physician assistants, certified nurse midwives, and certified midwives to provide first-trimester aspiration abortions,” and this change “went into effect Dec. 6.”

The bill also provides an opening for “regulations providing that health benefit plans delivered” in New Jersey “require coverage for abortion.” Such regulations, however, would require that “carriers grant, upon request of a religious employer, an exclusion under the contract … if the coverage conflicts with the religious employer’s bona fide religious beliefs and practices.”

Kristen Day, executive director of Democrats For Life, firmly opposed the bill, and believes New Jersey legislators should instead be working toward “lower[ing] the abortion rate,” commenting in a tweet yesterday, “We should not pit women against their babies!”