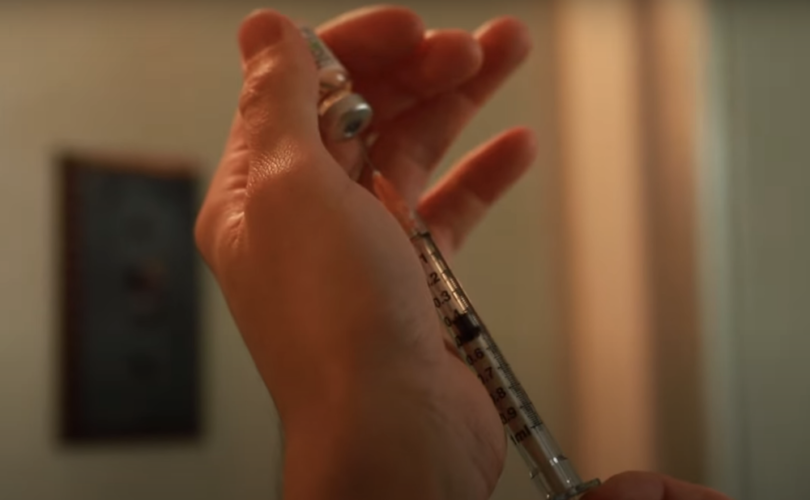 KINNELON, New Jersey (LifeSiteNews) – As left-wing activists across the country condemn Florida for enacting a law placing limits on sexual and gender instruction in public schools, a middle school in New Jersey has come under fire for playing students a video about “transgender” hormone treatment without parental notification.

The Washington Free Beacon reported that students at Pearl R. Miller Middle School were shown a five-minute video on the testosterone injections of LGBT activist Aydian Dowling, along with slideshows about “gender ideologies.” Later, the school hosted Dowling at an assembly for the school’s “Stories Of Adversity & Resilience” program.

Parents were notified (and given an opt-out option) about the assembly, but not the video, leading to parents expressing their outrage at a recent school board meeting where board members reportedly expressed regret for the lack of notification.

“I felt as if I was blindsided,” local mother-of-two Loren Malfitano said. “They’re learning about this ideology of gender before they even have classes on the actual biologies of males and females.”

“I don’t need [my two sons] to learn about sex,” area father Josh Aikens added. “The communities should determine what is taught in schools because they’re paying the bills for it.”

“The school superintendent did not respond to a request for comment,” the Beacon reported.

The story serves as an example of the types of classroom material Florida lawmakers had in mind when they passed the Sunshine State’s newly enacted Parental Rights in Education law, which bans schools from teaching children in kindergarten through third grade about transgenderism and other sexuality-related issues, limits discussions of sexuality for older children to “age appropriate” content, and requires parents to be informed of any changes that could affect their child’s physical, emotional, or mental well-being.

Left-wing activists and their media allies have misleadingly dubbed the law the “Don’t-Say-Gay Bill,” framing it as a hateful attack on LGBT teachers and students and scoffing at the notion that it tackles a real problem.