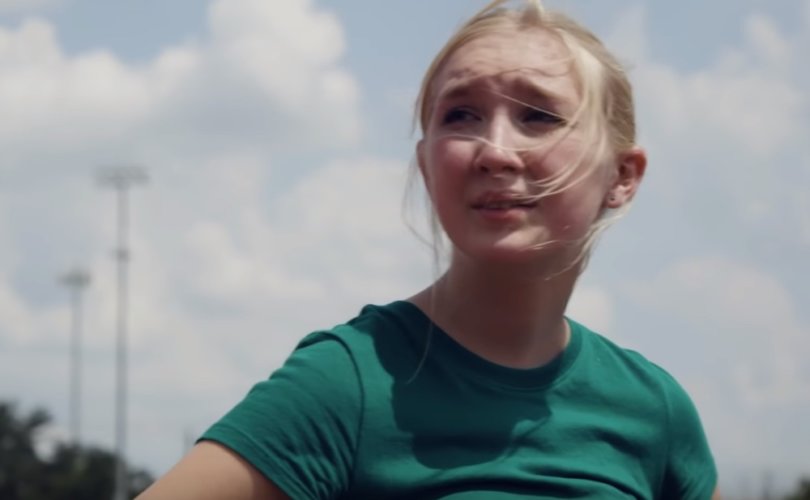 “All female athletes want is a fair shot in competition, at a scholarship, at a title, at victory,” the ad says. “What if that shot was taken away by a competitor that claims they’re a girl but was born a boy?”

“Andy Beshear supports legislation that would destroy girls’ sports,” it alleges. “He calls it ‘equality.’ Maybe. But is it fair? Vote against Andy Beshear. He’s too extreme for Kentucky.”

The ad closes with a link to ExtremeAndyBeshear.com, which expands the argument to accuse Beshear of not supporting legislation to protect parents’ right to refuse “medical” treatment such as hormone therapy for children, and of not joining a lawsuit against the Obama administration’s transgender bathroom guidelines.

As for the main claim of the ad itself, CAP spokesman Paul Dupont told the Lexington Herald-Leader its basis was an LGBT pride declaration in which Beshear vowed to “always stand up for equality.”

“This has been commonly used to indicate support for the Equality Act and legislation like it, which would, among other things, allow men who identify as women access to women’s sports,” Dupont said. The Herald-Leader notes that while Beshear has not commented specifically on the Equality Act, he has endorsed a state “fairness ordinance” that would apply to LGBT “discrimination” in housing, employment, and public accommodations.

The Beshear campaign responded to the ad with a statement calling it a “shameful and false attack from a shady group that will lead to bullying of our kids.” It declared simply that “Andy opposes discrimination,” but did not disavow the Equality Act.

The ad is part of a $250,000 CAP digital campaign targeting target 400,000 Democrat and independent voters.

“For too long, Democrats like Beshear have been allowed to advocate for such policies without any pushback from the media or even most conservatives. But no longer,” CAP executive director Terry Schilling told Caffeinated Thoughts. “We aim to present the ugly reality of Beshear’s platform to the voters of Kentucky, enabling them to make a truly informed choice this November.”

The Bevin campaign has yet to comment on this ad, but has repeatedly made an issue out of Beshear’s pro-abortion stance and financial backing from the abortion lobby. The governor has accused Beshear of accepting “blood money” from Louisville abortion center owner Ernest Marshall and of failing to defend pro-life laws in court, while his running mate, Republican state Sen. Ralph Alvarado, has dubbed Beshear “Abortion Andy.”