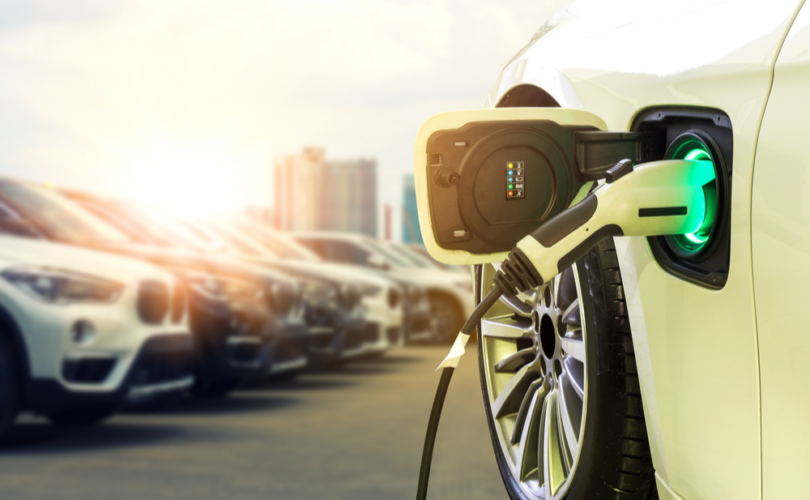 (LifeSiteNews) – Unless it is challenged or repealed by a future federal government, a law recently signed by U.S. President Joe Biden will mandate that all new vehicles sold after 2026 have electronic “kill switches” that could in theory be used by government officials or even hackers to gain control of one’s ride without oversight.

The “kill switch” law was buried deep inside Biden’s pro-LGBT $1.2 trillion infrastructure bill that passed late last year. The mandate would not only potentially allow for law enforcement to shut one’s car off, but also track the cars metrics, location, and even possibly passenger load.

The “kill switch” mandate was included under the pretext of supposedly curbing drunk drivers or preventing high-speed chases, which are commonplace in some U.S. states.

However, the potential privacy concerns regarding such technology, as well as mandating it through law, raised the eyebrows of former U.S. Rep. Bob Barr.

He sounded the alarm over Biden’s hidden “kill switch” rule in a Daily Caller opinion piece published in November.

Barr wrote that “kill switches” are a “privacy disaster in the making,” and the law is “disturbingly short on details.”

“What we do know is that the ‘safety’ device must ‘passively monitor the performance of a driver of a motor vehicle to accurately identify whether that driver may be impaired,’” Barr said.

“Everything about this mandatory measure should set off red flares.”

Such “backdoor” kill switches work through cars being connected to wireless networks at all times, including 5G. Many new cars and virtually all-electric cars already come with wireless capability as standard. Indeed, U.S. automotive giant General Motors was an early pioneer of in-car connectivity to the internet well over a decade ago.

Barr wrote that passively monitoring one’s vehicle “suggests the system will always be on and constantly monitoring the vehicle.”

He said that such a system would have to be connected to a car’s operational controls “so as to disable the vehicle either before driving or during, when impairment is detected.”

Such a system, Barr noted, would be an “open” one, meaning it would contain at least “a backdoor, meaning authorized (or unauthorized) third parties can remotely access the system’s data at any time.”

“This is a privacy disaster in the making, and the fact that the provision made it through the Congress reveals — yet again — how little its members care about the privacy of their constituents,” Barr wrote.

Barr noted that one having a lack of ultimate control over their vehicle presents numerous safety issues and well as constitutional rights concerns. >

Biden’s legislation does not indicate who would have access to the data collected and stored by a vehicle “nanny state” computer system, Barr noted.

“Could it be used by police, and could they access this information without a warrant? What about insurance companies, eager to know with what frequency their customers drove after drinking alcohol, even if it was below the legal limit? Such a trove of data presents a lucrative prize to all manner of public and private entities (including hackers), none of which have our best interests at heart,” he added.

Many conservative lawmakers have spoken out against Biden’s infrastructure bill for earmarking hundreds of billions of dollars to left-wing climate projects as well as “woke” additions like “gender identity.”

The Biden administration and other worldwide governments’ push for the adoption of electric cars (EVs), citing climate change, could have something to do with such mandates, as virtually all EVs sold already contain kill switches.

EVs cost thousands more than traditional gas-burning cars, which today are extremely clean burning and efficient compared with the guzzlers of the 1950s.

Also, EVs rely on the mining of rare earth minerals cobalt and lithium needed for their battery packs, which often weigh over 1,000 pounds in some cars.

Much of the rare earth minerals used in EV battery packs are sourced from child slavery-linked mines in African countries such as the Democratic Republic of Congo, which has a terrible human rights record.

This compared with ethically sourced North American oil and gas produced from Canada, the U.S., and Mexico.