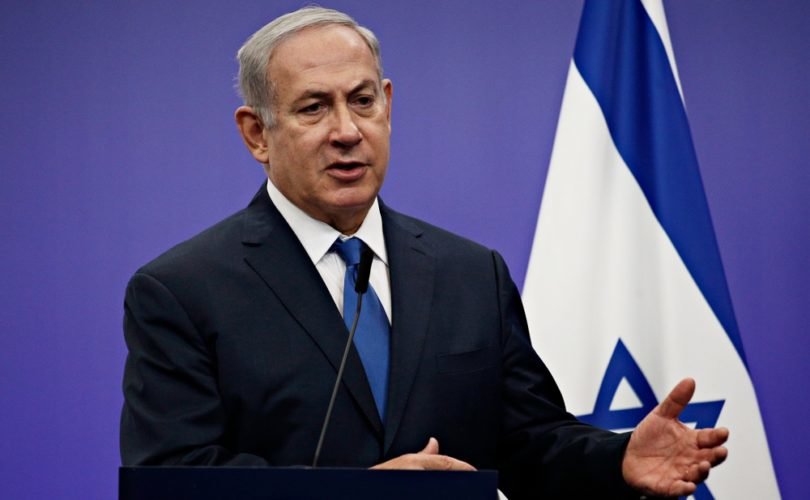 THE HAGUE, Netherlands, March 19, 2021 (LifeSiteNews) — The International Criminal Court (ICC) has accepted a lawsuit filed against the Israeli government and other officials charging them with crimes against humanity and violations of the Nuremberg Code due to their high-pressure and coercive implementation of a national experimental COVID-19 vaccination program.

The lawsuit was filed on behalf of “Anshei Emet” (“People of Truth”), a group of “attorneys, physicians, public and general activists who made the choice to exercise their democratic right not to receive the [Pfizer COVID-19] experimental medical treatment” despite “great pressures, hard and illegal,” from the Israeli government.

Establishing that these biological agents lack final approval by the U.S. Food and Drug Administration (FDA), and are thus only experimental and authorized for emergency use, the lawsuit also expresses concerns over the lack of long-term testing for this product and its new mRNA technology which has “never until now” been administered in this fashion.

The law firm filing the suit, A. Suchovolsky & Co in Tel Aviv, described the Nuremberg Code as “A medical ethics code issued based on laws under which the Nazi criminals were judged for conducting horrible medical experiments during the Second World War, in the physician’s trial known by the name Nuremberg Trials.”

“It is our intention to present to you and detail how in the State of Israel this year, the Government of Israel with its ministers and its Knesset members, heads of cities, and additional senior factors, violate the Nuremberg Code in an unlawful manner, blatant and extreme. And to our regret, not only in a single aspect but many, too many!” the suit charges.

The Code’s first and most extensive principle provides the strict conditions for establishing voluntary consent, including that the individual may not be exposed to “any element of force, fraud, deceit, duress, overreaching, or other ulterior form of constraint or coercion.”

The suit charges that the Israeli government violated this principle since “the vaccinated were not advised, that in practice, they are taking part in a medical experiment and that their consent is required,” concluding this is “a severe and blatant offense of the Nuremberg Code.”

Anshei Emet alleges that the citizens of Israel are being forced into a “medical experiment” due to Prime Minister Benjamin Netanyahu’s signed agreement with Pfizer to receive “a huge quantity of millions of vaccine portions, and with preference over other countries” in exchange for providing the pharmaceutical giant with “medical personal secret information without their knowledge or consent in advance.”

This arrangement was publicly affirmed when Pfizer CEO Albert Bourla, Netanyahu’s “dear friend,” referred to Israel as the “world’s lab” for the experimental gene therapy treatment in an NBC interview last month.

In further violation of the first principle of the Nuremberg Code, the suit charges that the Israeli government failed to “present to the citizens … the currently existing alternatives for treating the Corona disease,” which are proven to be safe and effective. These may include hydroxychloroquine which has a phenomenal track record, or ivermectin, that is said by experts to “obliterate transmission of this virus.”

Anshei Emet further alleges that the well-known “death of many, injury, and severe damages (including disablement and paralysis)” which have come about due to these injections, violate the fourth principle of the Code. This principle states that experiments “should be so conducted as to avoid all unnecessary physical and mental suffering and injury.”

The suit further alleges that Israel’s national Ministry of Health has openly admitted that 41% of police, military, educational and medical personnel who were vaccinated “suffered severe side effects and life-endangering” complications.  LifeSiteNews has been unable to verify whether the Israeli Health Ministry did indeed make a statement to this effect and have contacted those involved in the lawsuit to seek verification of this claim.

In addition, according to Anshei Emet, these dynamics also violate the fifth principle of the code which forbids any experiment when there is “reason to believe that death or disabling injury will occur,” and the tenth which requires researchers to “terminate the experiment” should it be determined that continuation “is likely to result in injury, disability, or death.”

Despite all of these serious and even, at times, fatal complications, “the Government of Israel continues to compel this dangerous experiment on Israel’s citizens,” the lawsuit asserts.

The petitioners go on to describe “blatant and criminal violations of the Nuremberg Code” in the areas of coercion by government officials and employers. These include a threat by the nation’s Manufacturers’ Association to put unvaccinated employees on unpaid leave, a proposed law that prevents the unvaccinated from entering a place of work, along with a threat to deny unemployment benefits in such a situation.

In the area of exerting social pressure, examples of coercion include the government’s providing of a social app that allows vaccinated individuals to obtain a “green pass” in order to gain access to entertainment and leisure facilities.

Anshei Emet also reports that “vehicles with public address systems” roam the streets urging people to arrive for vaccinations, health insurance companies send “aggressive notices” and even set injection appointments without the individual’s consent, and “forbidden incentives” such as discounts on goods and services from various companies are offered to those vaccinated, creating what Israeli activist Ilana Rachel Daniel referred to as a “medical apartheid.”

The petitioners are calling on the ICC to immediately discontinue the experimental vaccine campaign, repeal all sanctions against those who choose not to be injected with these biological agents, and to act with “the most required severity against any public / business / employment entity which violates” these principles.

Ruth Machnes Suchovolsky, a lawyer representing Anshei Emet, confirmed on social media: “The complaint for violation of the Nuremberg Code has been accepted and The Hague International Criminal Court is sitting on the bench. … We will continue to update.”

Israeli Rabbi: 31 reasons why I won’t take a COVID vaccine