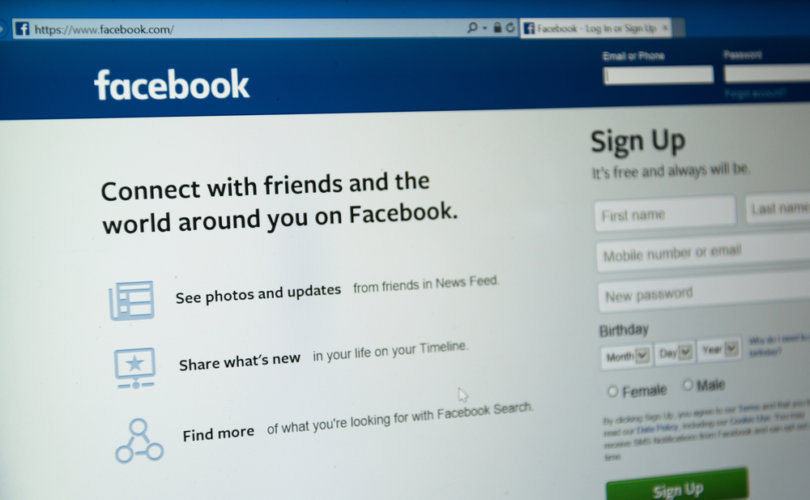 June 14, 2019 (LifeSiteNews) – Facebook maintains a list of right-wing “hate agents” to be singled out for potential termination, and now a new report has revealed the social media giant’s criteria for adding conservative figures to the list.

Last month, Breitbart revealed an internal Facebook spreadsheet identifying personalities to be investigated not only for illegal conduct such as promoting violence, but for alleged association with any “designated hate entity,” “designated hateful ideology,” or “hate paraphernalia.” Some of the names were left wing, but most were right-of-center.

The spreadsheet labeled Owens as “extra credit” whom Facebook should “look into” after dispensing with other targets. The revelation came shortly after Facebook temporarily suspended her for a post imploring her fellow black Americans to see “liberal supremacy” as a greater threat than white supremacy, which Facebook later claimed was a “mistake.”

On Thursday, Breitbart followed up with a report that it has obtained Facebook’s “Hate Agent Policy Review” document, which details various “signals” that allegedly indicate someone is beyond the pale.

According to the document, the factors include engaging in “hate speech,” identifying or associating with a “Designated Hateful Ideology” or “Designated Hate Entity,” wearing “tattoos of hate symbols or hate slogans,” or possession of “hate paraphernalia” (of which no examples were given). Praising and appearing at events with allegedly-hateful figures also qualifies.

More alarmingly, the criteria also include simply interviewing individuals it deems hateful, as well as “statements made in private but later made public,” which is particularly concerning in light of Facebook’s access to personal user data; the platform recently helped The Daily Beast identify the creator of a viral video mocking House Speaker Nancy Pelosi.

Facebook’s “hate agents” policies further reinforce conservative accusations of political bias and censorship at the platform. The social network recently came under fire for blocking informational links about abortion from the American Pregnancy Association’s website and criticism of a Canadian coin to celebrate homosexuality, as well as flagging accurate reporting about a controversial history textbook as false. In March, a Project Veritas investigation detailed how Facebook “deboosts” traffic to several mainstream conservative sites.