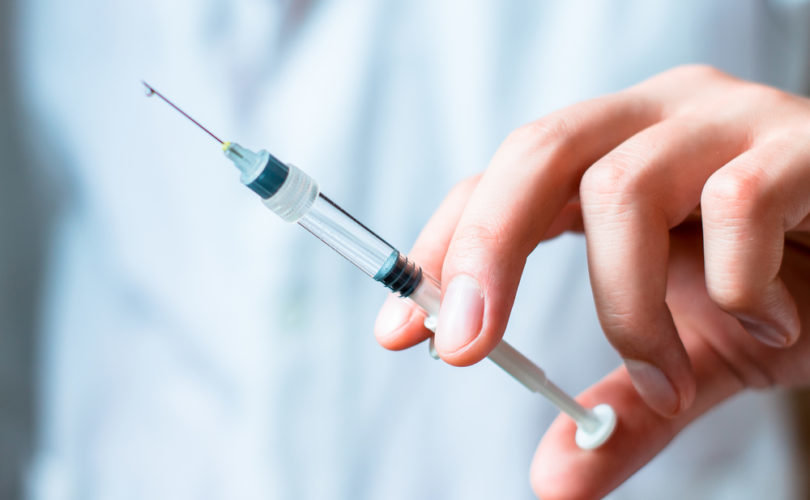 TORONTO, October 29, 2015 (LifeSiteNews) – The Justin Trudeau Liberal government may ask Canada’s Supreme Court for “at least” a six month extension of the court’s one-year deadline to draft a law regulating doctor-assisted suicide, according to an unnamed “senior Liberal source” quoted in a CBC report.

The top court struck down the Criminal Code’s prohibition on physician-assisted suicide on February 6, ruling that it violated the Charter of Rights’ guarantees of the right to life and security of person.

It also gave Parliament one year to come up with a law spelling out how doctors can legally kill people who ask them to do so.

On February 22, MP Trudeau, now prime minister in waiting, tabled a Liberal motion asking that a non-partisan committee be formed that would consult experts and produce draft legislation by the end of July.

Although he stated then that, “one year is hardly enough,” Trudeau was clear that his party supported the court’s ruling. “I believe that the Supreme Court made the right decision and that our laws must be consistent with its ruling because that is the right thing to do,” he told the House.

The Liberal Party’s members had voted nearly unanimously in February 2014 to decriminalize euthanasia and doctor-assisted suicide.

The Harper Conservative government ignored Trudeau’s motion and instead appointed a three-person panel in mid-July that has since consulted Canadians on “legislative options for assisted dying.”

Parliament was prorogued shortly afterward for the election campaign, and on August 14, the Ontario Liberal government announced it had formed the Provincial-Territorial Expert Advisory Group on physician-assisted suicide.

Critics denounced the Conservatives’ federal panel as biased, pointing out that two members, palliative care expert Dr. Harvey Max Chochinov, and disability studies expert Catherine Frazee, testified for the Crown in the BC Supreme Court Carter case, the case that ultimately led to the Supreme Court of Canada striking down the prohibition against doctor-assisted suicide.

But Alex Schadenberg, president of the Euthanasia Prevention Coalition says that the provincial panel convened by the Ontario Liberals is also a “stacked deck” of doctor-assisted suicide and euthanasia advocates, and its online questionnaire “skewed” in favor of permissive legislation.

With the election of a federal Liberal government on October 19, Schadenberg views the situation as “very serious” because anything is possible, he told LifeSiteNews.

“The fact is that the provinces have also gotten involved,” he said. “Provincial regulations would mean it would have to be dealt with as a form of health care, and that’s a disaster.”

“Our position is clear,” Schadenberg said. “If there’s going to be a law, it should be a federal law, because then it’s regulated across Canada as a Criminal Code issue, and not a health care issue.”

Schadenberg said that Trudeau could “take the language of the Supreme Court decision and impose it on us,” and that would “mean basically wide-open euthanasia” because the language the nine justices used in their unanimous decision was “very imprecise.”

The Supreme Court ruling’s criteria for determining who would be eligible to be killed legally by a doctor on request includes “any competent adult person who (1) clearly consents to the termination of life and (2) has a grievous and irremediable medical condition (including an illness, disease or disability) that causes enduring suffering that is intolerable to the individual in the circumstances of his or her condition.”

Schadenberg also says that it’s unclear if the Liberals will look at the Conservative-appointed panel’s consultation results. “Trudeau may or may not listen to them.”

Trudeau himself told the House of Commons in February that “I have a strong opinion. It is based on my personal experience, when I sat by my father in his final moments of life.”

Trudeau elaborated days later in an interview on CBC’s As it Happens, stating that Pierre Trudeau, who had been diagnosed with Parkinson’s Disease and died in 2000 of prostate cancer, “didn’t want to go through the kind of aggressive treatments that might have been there for his cancer, but would have degraded significantly his health and his lucidity in his final months.”

“And I think the Supreme Court clearly said that it’s a violation of Canadians’ fundamental rights to have the current legislation in place,” he said then. “So it’s given us 12 months to go back to the drawing board and figure out a way to both uphold Canadians’ rights and protect the most vulnerable.”

The Liberal Party media staff did not return a call from LifeSiteNews by deadline.