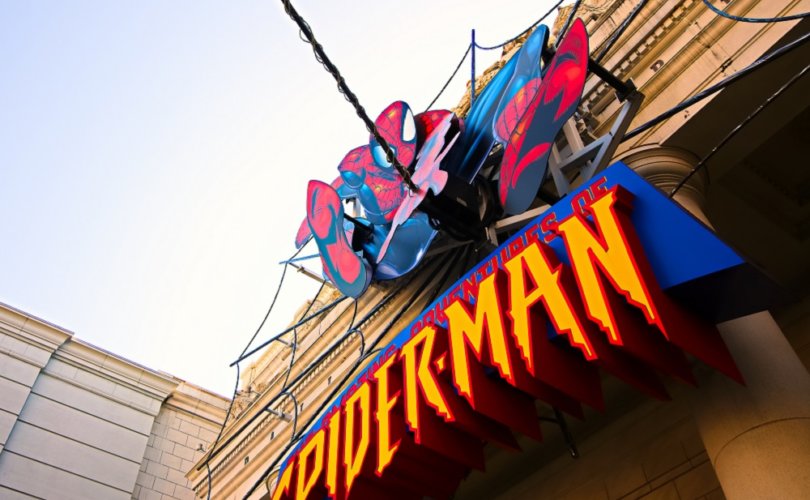 February 18, 2020 (LifeSiteNews) — The next superhero movie made by Marvel, called The Eternals, will feature a kiss between two men.

“I just shot a Marvel film with the first openly gay superhero, The Eternals. I’m married to the gay superhero Phastos, played by Atlanta’s Brian Tyree Henry, and we represent a gay family and have a child,” he explained.

In addition to playing a homosexual character, Sleiman identifies as a homosexual himself. As LifeSiteNews reported last year, Marvel specifically sought out an actor who is same-sex attracted. In a petition related to the movie, LifeSiteNews demanded, “Let children be children without sexualizing them!”

According to an article published by MSN, “Inclusion of a same-sex romance storyline in The Eternals comes after Marvel has been criticized for touting LGBTQ representation in past films without delivering more than a brief, negligible scene.”

The directors of Avengers: Endgame, a Marvel movie grossing $2.8 billion worldwide, had indicated that one of the characters in the 2019 movie would be a homosexual. In the end, Joe Russo, one of the directors, had a brief cameo appearance as a same-sex attracted character.

“The character is an average guy who is part of a support group of people trying to move on from the grief of losing loved ones who vanished at the end of Avengers: Infinity War at the hands of Thanos. He talks about going on his first date since losing his male partner. It’s as simple as that, a blink-and-you’ll-miss-it moment,” Deadline wrote.

In March 2019, Marvel’s production chief, Victoria Alonso, said the world “is ready” for a homosexual superhero.

“I’m so passionate about this, I’ve got to tell you. Our entire success is based on people that are incredibly different. Why wouldn’t we? Why would we only want to be recognized by only one type of person? Our audience is global, is diverse, is inclusive. If we don’t do it that way for them, we will fail.”

Alonso went on to indicate an acceleration and strengthening of Marvel’s efforts to portray homosexual behavior as normal.

“If we don’t put pedal to the metal on the diversity and the inclusivity, we will not have continued success. Our determination is to have that for all of the people out there watching our movies,” she said.

A wide range of openly homosexual superheroes has been established in recent years.

One of the most famous is Batwoman. According to Looper, “One of the more noteworthy differences between Batwoman and other superhero TV shows and movies is that, in a crowded field, Ruby Rose is playing the first openly lesbian superhero in a leading role.”

Marvel’s first homosexual character, Northstar, came out in 1992. “Same-sex marriage became legal in the New York of Marvel and the real world in 2011, and Northstar and his partner Kyle were wed in Marvel’s first same-sex superhero nuptials in 2012,” reported Looper.

Earlier this month, observers speculated that Sony might introduce a homosexual Spiderman. A new movie could feature a trio of Spidermen, portrayed by Tom Holland, Tobey Maguire, and Andrew Garfield, all of whom have played the role before.

“We Got This Covered claims to have heard that Sony is particularly keen on starring Garfield in the movie because they want to portray his version of the hero as bisexual and give him a boyfriend in the film,” LifeSiteNews wrote.