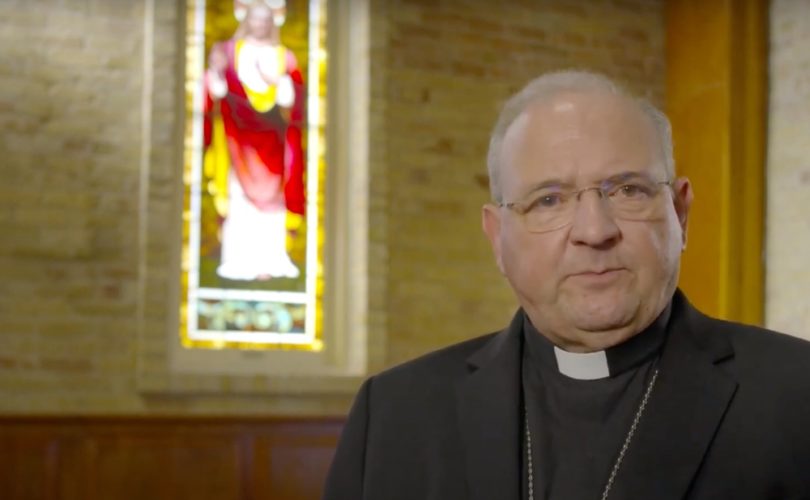 “I was denied communion last night by the Catholic bishop here in Las Cruces and based on my political office,” state Sen. Joe Cervantes tweeted Saturday. “My new parish priest has indicated he will do the same after the last was run off.”

“Please pray for church authorities as Catholicism transitions under Pope Francis,” he said.

Cervantes, a pro-abortion Democrat, earlier this year co-sponsored Senate Bill 10, which repealed an inactive state statute that restricted abortion and protected conscience rights of healthcare providers. Cervantes had voted for legislation similar to Senate Bill 10 in 2019.

“There should be no laws which outlaw the private decisions regarding pregnancy,” the senator told the Albuquerque Journal in 2020. New Mexico has some of the laxest abortion rules in the nation, allowing elective abortion through all nine months of pregnancy.

Cervantes also backed a law this year that made New Mexico the ninth state in the U.S. to authorize doctor-assisted suicide.

Velasquez noted that the denial of Communion to Sen. Cervantes came after his local priest repeatedly attempted to contact him about his support of Senate Bill 10.

The bishop of Las Cruces, Rev. Peter Baldacchino, “did not receive a response from the senator” either, even though Cervantes “was contacted multiple times prior, letting him know that if he voted for Senate Bill 10, he should not present himself for communion,” Velasquez said.

Bishop Baldacchino, formerly an auxiliary bishop of Miami and a priest with the Archdiocese of Newark, New Jersey, notably was the first American bishop to resume public Mass amid the COVID-19 crisis last year.

His decision to withhold the Eucharist from Sen. Cervantes has been met with an outpouring of support from Catholics on social media. “We applaud the Bishop of @ROMDIOLC for standing up for the Truth! Pray for our bishops to be strong like Bishop Peter Baldacchino,” Catholic Connect tweeted Monday.

We applaud the Bishop of @ROMDIOLC for standing up for the Truth! Pray for our bishops to be strong like Bishop Peter Baldacchino ����❤️ #ProLife #TruePresence @SenJoeCervantes

Last month, the United States Conference of Catholic Bishops (USCCB) voted to begin drafting a document that could clarify whether lawmakers like Cervantes who promote abortion should be denied the Eucharist. The Vatican had tried to suppress the measure, which passed 168-55.

Dozens of congressional Democrats have also revolted against the policy, writing in an open letter in June that “the weaponization of the Eucharist to Democratic lawmakers for their support of a woman’s safe and legal access to abortion is contradictory.”

The Catholic Church recognizes abortion to be “gravely contrary to the moral law,” as The Catechism of the Catholic Church declares. “Formal cooperation in an abortion constitutes a grave offense. The Church attaches the canonical penalty of excommunication to this crime against human life.”

“In the case of an intrinsically unjust law, such as a law permitting abortion or euthanasia, it is therefore never licit to obey it, or to ‘take part in a propaganda campaign in favor of such a law, or vote for it,’” Pope St. John Paul II wrote in his encyclical Evangelium Vitae.

Then-Cardinal Joseph Ratzinger reiterated those teachings in a doctrinal note while serving as the head of the Congregation of the Doctrine of the Faith and stressed in a 2004 memo to U.S. bishops that politicians who vote for pro-abortion policies engage in “formal cooperation” in the “grave sin” of abortion.

The Diocese of Las Cruces did not immediately respond to a request for comment.