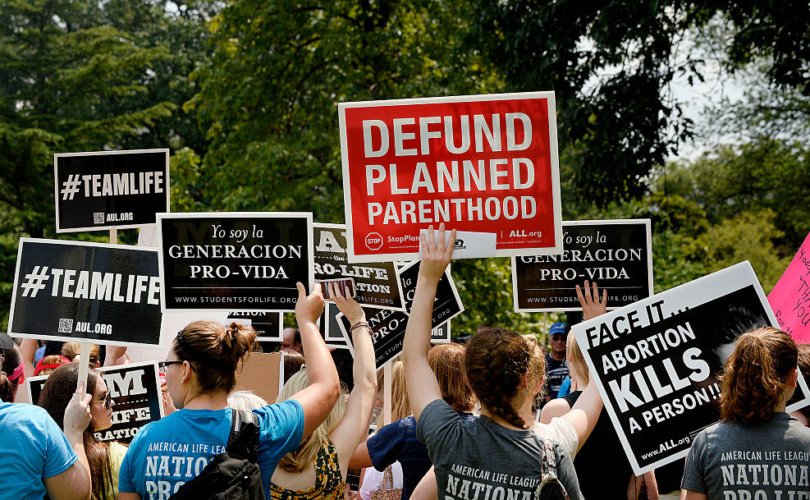 HOBBS, New Mexico (LifeSiteNews) – A city commission in New Mexico, a Democratic-led state with pro-abortion legislation, recently passed a pro-life ordinance which makes it harder for abortion clinics to operate within the city’s boundaries.

The Hobbs city commission unanimously voted on Monday in favor of a city-wide law that would ban the mailing of abortion pills and require specific licenses and notices of procedures for abortion clinics to operate, all of which are grounded in the federal Racketeer Influenced and Corrupt Organizations Act (RICO) and federal prohibitions on the mailing of abortion-inducing drugs (18 USC § 1461-62) which were previously blocked by Roe v. Wade.

While the Biden administration is unlikely to enforce 18 USC § 1461-62, violators would still be risking potential prosecution under a future administration.

As found within meeting notes from November 7, the ordinance was introduced with the purpose of “amending Title 5 of the Hobbs Municipal Code requiring abortion providers in Hobbs to comply with federal law,” prompted by the overturning of Roe in June.

“Federal law imposes criminal liability on every person who ships or receives abortion pills or abortion-related paraphernalia in interstate or foreign commerce,” the ordinance states. “The state constitution of New Mexico does not and cannot secure a right, privilege or immunity to act in violation of federal statutes.”

The ordinance first requires abortion providers to obtain proper licensure to be able to open an abortion clinic, which includes “a brief narrative describing the activities planned at the location, including the types of abortions to be performed” and a “compliance statement” promising to operate under federal abortion laws, including 18 USC § 1461-62.

Additionally, it is illegal for anyone to participate in any form of “foreign commerce” of any product designed to kill an unborn child through abortion. “Knowingly taking or receiving” from any company or system which mails abortion drugs or instruments through illegal transport between countries is also prohibited.

Mayor Sam Cobb told LifeSiteNews that the city does not have the authority to prevent abortion clinics from operating, but received overwhelming support from the community to pass an ordinance defining the guidelines for legal abortion within the city. All rules are an emphasis on the federal statutes in place, including the illegal mailing of abortion pills.

“The City of Hobbs City Commission calls upon the United States Attorneys for the District of New Mexico, both present and future, to investigate and prosecute abortion providers and abortion-pill distribution networks,” the ordinance states.

The commission added that it also “encourages all victims of abortion providers and abortion-pill distribution networks, including the mothers, fathers, and surviving relatives of aborted unborn children, to sue these racketeering enterprises under civil RICO.”

Although meeting documents included an order for a notice of the ordinance to be published in the city’s local newspaper, the articles do not appear on the paper’s website at this time. The Hobbs News-Sun has not yet responded to LifeSite’s request for the articles.

Following the meeting, the News-Sun published another article which announced the plan to host a public hearing in Lea County, where the city of Hobbs is located, for the public to share opinions on the ordinance. The public meeting is scheduled for December 8.

“This resolution, authored by out-of-state extremists working to further their special interest agenda, is a clear affront to the rights and personal autonomy of every woman in Hobbs and southeastern New Mexico, and we will not stand for it,” Grisham said. “Reproductive health care is legal and protected in every corner of our state. Providers delivering health care have every right to establish a practice, and all women have the right to access medication abortion services, no matter where in New Mexico they call home.”

Contrary to the pro-abortion response, Republican Sen. David Gallegos supported the ordinance with a comparison between abortion in America and the Holocaust in Europe, as reported by the News-Sun.

“New Mexico is 50 percent Catholic,” the senator said. “I think New Mexico as a whole, except a few leaders, want to save lives. If we were talking about women’s health, it would be done in a hospital, but it isn’t.”

“I think God gave us the cure for cancer, but we aborted her,” Gallegos added.

The senator did not respond to LifeSite’s request for further comment.

Previously, the state of New Mexico has approved various pro-abortion measures, including an executive order in June which forbids state agencies from assisting in the prosecution of abortionists in other states unless New Mexico laws were violated.

In September, Gov. Grisham signed another order to use $10 million to build and operate a new abortion facility.

University of New Mexico to pay $365,000 to settle lawsuit over woman killed by abortion