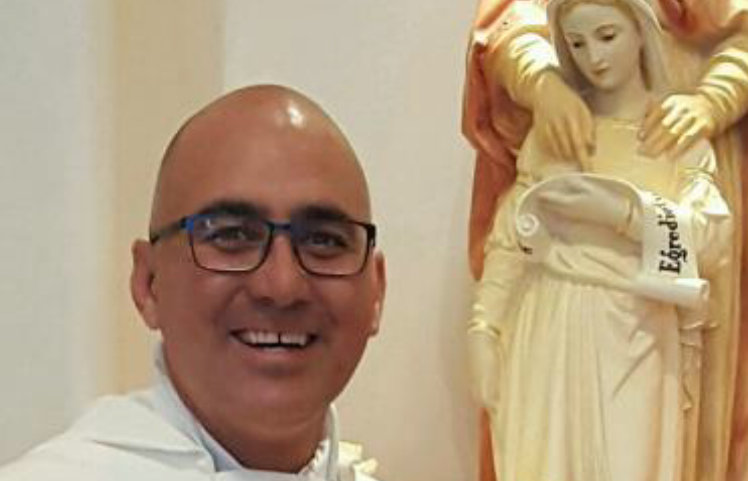 SANTA FE, New Mexico, November 7, 2016 (LifeSiteNews) – A Santa Fe priest apparently was admonished by the archbishop for his message to Catholics to vote pro-life in this election cycle.

The issue of life holds prominence over others, Father Larry Brito of St. Anne Parish told parishioners in an October 19 letter. He urged them to review the voting records of local and national legislators on the issue and said Catholics cannot continue to vote pro-abortion lawmakers into office.

The loss of life though abortion is “the one issue that rises head and shoulders above all others,” Father Brito said in the letter, then listing statistics on the lives lost at the hands of Planned Parenthood since its founding and stating that New Mexico is the late-term abortion capital of the U.S. while operating with minimal regulation.

He went on to point out there is one candidate who has received and proudly embraced Planned Parenthood’s endorsement while also saying Catholics must insist any of their representatives, “whether Democrat, Republican or third party, will be advocates for the unborn child and thus pro-life.”

Father Brito did not identify Democratic presidential nominee Hillary Clinton, a fervent abortion supporter who has the endorsement of Planned Parenthood.

The letter ruffled some feathers. A few local news outlets raised the specter that the letter might have violated IRS code for non-profits, also known as the Johnson Amendment, banning their intervention in political campaigns to support or oppose a candidate for office.

Santa Fe Archbishop John Wester issued a statement the day after one of the news reports ostensibly rebuking Father Brito for his message and suggesting that putting life first is not an “embrace” of the Church’s full teaching.

“It is understandable that emotions are running high” as the election nears, he wrote. “Yet these emotions do not give us license to espouse positions that do not embrace the full moral teaching of our Catholic tradition. Nor do they allow leaders in the Church to endorse or denounce a candidate because of his or her position on a given issue.”

Archbishop Wester acknowledged those who care deeply about the sanctity of human life and encouraged Catholics to read the U.S. Bishops Faithful Citizenship document along with his previous articles to help form their consciences.

He also referenced the passage in the U.S. Bishops’ document saying a Catholic can vote for a candidate who supports an intrinsic evil as long as that’s not the reason they are voting for the candidate.

“It is certainly true that no Catholic should ever intend an intrinsic evil,” Archbishop Wester said in the October 27 statement. “However, assuming that is not one’s intention, there are many considerations that must be weighed in determining which candidate will ultimately do the most to promote the sanctity of human life and the common good. These considerations are complex, nuanced and contextual, demanding serious study in light of sound Catholic principles.”

The Archdiocese of Santa Fe did not respond to LifeSiteNews’ inquiry for comment on Father Brito’s letter.

Father Brito told LifeSiteNews that his letter was in response to New Mexico’s late-term abortion rate more so than the national election.

“This life issue is really important to me,” he stated.

Other issues have importance, he said, but they don’t compare with 4,000 U.S. abortions per day and New Mexico allowing late-term abortion without restriction.

“That’s just incomprehensible to me,” he said. “How can this keep happening?”

Informing his flock is something he feels compelled to do, he said, because they have the right to know, and they have not been sufficiently catechized.

“My people need to know,” Father Brito said. “They’re good people, and they want to do the right thing.”

In keeping with informing parishioners on pro-life voting, a sign with the image of Our Lady of Guadalupe hangs on the front of St. Anne Parish, stating, “Pray. Vote Catholic. Vote ProLife.”

In a November 2 editorial, the Albuquerque Journal pondered whether the archbishop meant to suggest a lessening of emphasis on abortion was in the cards, and if he intended to convey that his pastors should not speak out on moral issues.

“Wester also could be concerned that abortion rights supporters might attempt to cause problems between the church and the IRS, threatening the church’s status as a nonprofit,” the Journal editors wrote. “Or it could be that he is setting a new tone on this ‘given issue,’ that perhaps the church’s position is no longer as black and white as portrayed in the church’s official Catechism.”

“Wester’s statement seems to emphasize that abortion is just one thing for a Catholic voter to consider in a complex political world,” they continued. “Brito’s would seem to be that the church teaching on an ‘abominable’ crime should figure much more prominently than other issues.”

The editors also broached the issue of religious liberty and whether an election was any different than other times for clergy to speak about morality.

“While Wester’s statement implies that the clergy can’t talk about who to vote for, or not vote for, if a pastor can’t speak about what many religious groups consider to be a moral crime in the context of an election, then what do the constitutionally guaranteed freedoms of religion or speech really mean in a country that was founded upon those principles?” they asked. “After all, the history of Christianity is rich with the accounts of religious leaders and followers willing to die for their beliefs.”

The Albuquerque Journal editors left this question for Catholics: “Is the new archbishop ushering in a new era of thought on the importance of abortion? That’s an interesting question Catholics may want to ponder and discuss.”

In the letter to his parishioners, Father Brito also criticized the term “pro-choice” used to self-identify abortion supporters, saying as well that it disqualifies them from getting a Catholic’s vote.

“We can’t, my brothers and sisters, continue to vote in representatives into office who are ‘pro-abortion’ or as they sheepishly call themselves ‘pro-choice,’” he said. “Anyone who has the ‘pro-choice’ designation should be disqualified from the Catholic vote.”

Father Brito, who came to St. Anne in July, said he gave the same message in a homily at his previous parish, speculating there might have been pushback this time because of it being in print and in close proximity to the election.

Negative response have been minimal, he said, but the overwhelming majority affirmed his message. He pointed out that St. Anne Parish has been really supportive of him and responded in a positive way.

“We have been silent way too long,” Father Brito said. “We need to start talking about this.”