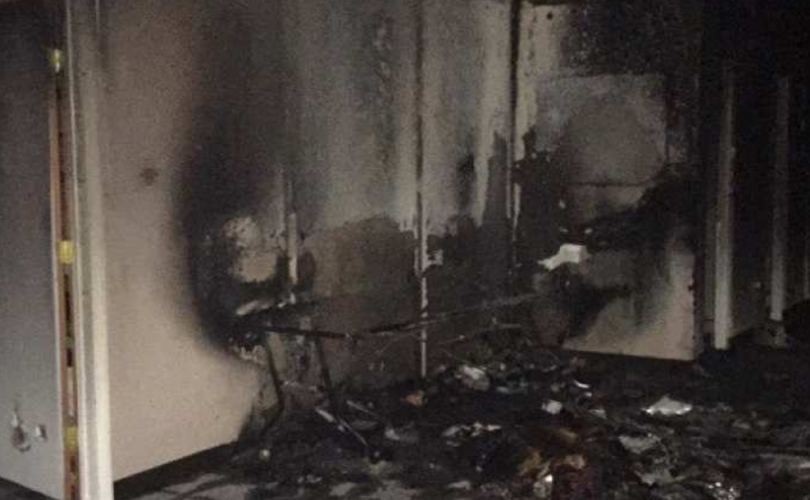 ALBUQUERQUE, New Mexico, November 28, 2016 (LifeSiteNews) – The FBI is investigating the arson that significantly damaged Project Defending Life, a pro-life center in the late-term abortion haven of Albuquerque, and has confirmed the fire was intentionally set.

Local media reported that the FBI and Albuquerque fire department are seeking help from the public in figuring out who started the fire.

“We are certainly anxious to know why our place was targeted but we aren't discouraged in [continuing] our operation,” Project Defending Life Director of Client Services Dominique Davis told LifeSiteNews via email. “We will just have to be a little more creative and flexible. We know God has a plan for us, and I see our organization prospering now more than ever. The prolife community in Albuquerque and across the country has shown us so much support” through prayer, kind words, and donations. “It's beautiful to see the body of Christ taking care of each other.”

Davis said Project Defending Life is waiting to see what insurance inspectors say should be done with the building and its damaged contents and in the meantime, local pro-life groups have stepped up to help the ministry continue serving mothers and babies.

“CareNet Pregnancy Center of Albuquerque is lending us their Medical Mobile [Unit] to park outside our building and operate out of,” said Davis. “We can still provide pregnancy testing and parenting classes. Another pro-life org has offered us some office space so we will look into that this week too. And until everything is rebuilt, we may do more sidewalk counseling than we ever have done since we don't quite have a building!”

There was another fire in Albuquerque at a condominium shortly after Project Defending Life was attacked, but authorities have told local media the fires aren't related.

Last month, a Virginia maternity home was also victimized by an arsonist. No one was injured but the building and its equipment were damaged.

Students for Life of America has called the attack on Project Defending Life a “hate crime” and demanded that the abortion lobby denounce it.