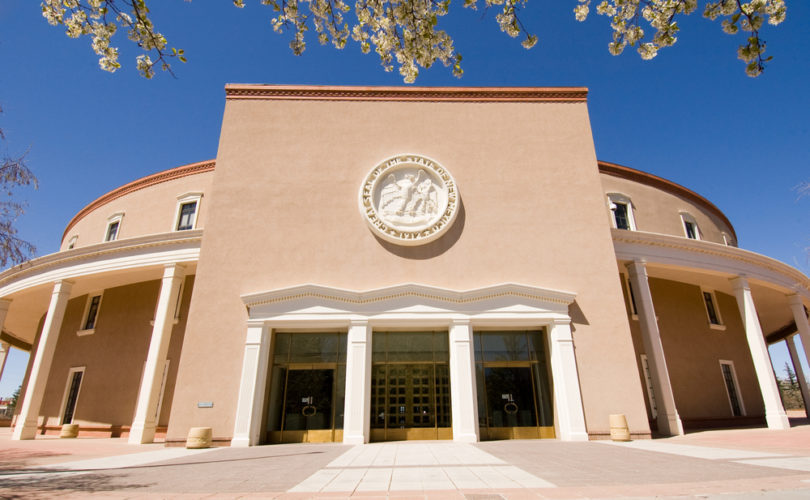 SANTA FE, New Mexico, March 15, 2019 (LifeSiteNews) – Pro-abortion activists faced an unexpected defeat in New Mexico Thursday as the state Senate voted down legislation that would have forced doctors and nurses to participate in abortions.

New Mexico is home to one of the country’s most notorious late-term abortion facilities, Southwestern Women’s Options. It commits abortions through the third trimester of pregnancy. The late-term abortions its abortionists perform have caused numerous medical emergencies and even the death of a 23-year-old woman.

Last month, the New Mexico House of Representatives voted 40-29 to pass House Bill 51, which would repeal multiple old, unenforced sections of the law that criminalized abortion. Abortion supporters framed it as simply preparing for a potential overturn of Roe v. Wade, but pro-life activists such as New Mexico Alliance for Life executive director Elisa Martinez called it the “most extreme bill in the nation.”

It stated that “Sections 30-5-1 through 30-5-3 NMSA 1978 (being Laws 1969, Chapter 67, Sections 1 through 3) are repealed.” Section 30-5-2 is the provision stating that hospitals are not required to “admit any patient for the purposes of performing an abortion,” and that anyone employed by or otherwise associated with a hospital “shall not be required to participate in medical procedures which will result in the termination of pregnancy, and the refusal of any such person to participate shall not form the basis of any disciplinary or other recriminatory action against such person.”

HB 51 “compels doctors, nurses, hospitals to perform abortion. We believe this bill if it passes will be challenged,” Republican state Rep. Rod Montoya warned last month. It “continues the practice of late-term abortion in New Mexico. The abortion industry is not regulated at all in New Mexico.”

The bill was expected to clear the state Senate and be signed into law by pro-abortion Democrat Gov. Michelle Lujan Grisham, but Thursday evening eight Democrats joined all 16 Republicans to vote against it, according to the New Mexico Political Report, leading it to die in an 18-24 vote.

The Democrat defectors were state Sens. Pete Campos, Carlos Cisneros, Richard Martinez, George Muñoz, Mary Kay Papen, Gabriel Ramos, Clemente Sanchez, and John Arthur Smith. Muñoz declined to elaborate on his decision, while Sanchez claimed it was simply premature to prepare for Roe being overutrned. “When it does, then we’ll worry about it,” he said. “It’s still the law of the land.”

Others were more willing to explain their vote as a stand for life.

“How can we protect coyotes, frogs, prairie dogs, chickens, but not the beating heart of a baby in a woman’s womb?” Ramos asked, according to Live Action News.

The governor who called on lawmakers to send her the bill was particularly outraged by its failure. “This old, outdated statute criminalizing health care providers is an embarrassment. That removing it was even a debate, much less a difficult vote for some senators, is inexplicable to me,” Grisham complained.

“We are so thankful to the senators who stood up for women, unborn children, and their constituents tonight to vote against HB-51,” New Mexico Alliance for Life said in a statement. “The tide is turning in New Mexico once and for all, and we embrace our diverse cultural tradition that has always celebrated life.”

“It's time to start having an honest discussion about this issue and address the concerns that most New Mexicans have,” the pro-life group continued. “We need to work together to end late-term abortion once and for all, restore parental involvement in minors' abortion decisions, and ensure our medical professionals' conscience will always be protected from being forced to participate in an abortion. We will continue to work together to restore a culture of life in New Mexico and oppose abortion extremism.”

“We rejoice with the people of New Mexico for this decisive pro-life victory,” said Susan B. Anthony List President Marjorie Dannenfelser. “We are grateful to our allies who fought a tenacious battle to stop this outrageous abortion expansion bill and to all the state lawmakers who voted against it – especially the eight courageous Democrats who stood up to party leaders both in New Mexico and across the nation. The modern Democratic Party’s agenda of abortion on demand through the moment of birth and even beyond is deeply unpopular with the majority of Americans, including rank and file Democrats.”