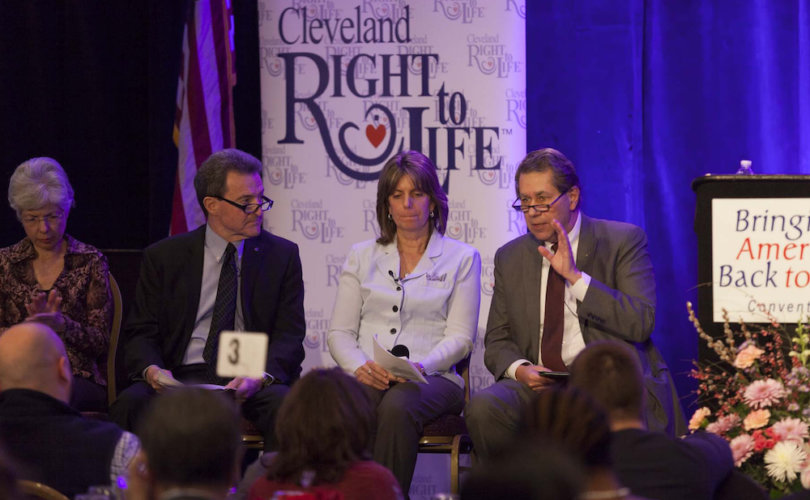 CLEVELAND, Ohio, March 24, 2017 (LifeSiteNews) – A new statewide alliance has come to fruition in Ohio to support a comprehensive, no-exceptions approach to defending life and to foster grassroots leadership in the state’s pro-life movement.

Unveiled at the recent Bringing America Back to Life Convention in Cleveland, the Right to Life Action Coalition of Ohio, Inc. (RTLACO) will also support religious liberty protections for people of faith to “help ensure the continuation of pro-life efforts to end abortion.”

The new Ohio pro-life Coalition will include support for marriage in its principles, making it unique in the pro-life movement.

RTLACO will focus on developing and strengthening local grassroots pro-life leadership, the group said in a statement, along with “collaborative engagement” in developing priorities.

There is a need for new strategy to attain pro-life victory, the alliance said in their statement, and for a commitment to integrity.

“Over the last several years, it has become increasingly obvious that the pro-life community in Ohio needs a new voice to champion the right to life movement,” Sitter stated.

The alliance will feature representative governing as it employs a “consistent, holistic pro-life standard” to assess both policies and elected officials or candidates.

“We are going to put the roots in Ohio's pro-life grassroots movement,” said Sitter, who is also executive director for Greater Toledo Right to Life.

“To have an effective and vibrant statewide pro-life organization it must be genuinely grassroots in its DNA,” he said, “a bottom-up movement similar to how our founders envisioned the governance of our great nation.”

Currently, five of the state’s major metro-area right to life organizations are part of the Coalition and several more are poised to come on board. Sitter said he expects at least some 30-35 additional groups to join.

A Statement of Principles for the alliance is in the final drafting stages. Coalition leadership will meet with local groups throughout April and May to share specifics on the initiative.

RTLACO plans to hold its annual membership meeting each year in conjunction with Cleveland Right to Life’s annual Bringing America Back to Life Convention, a major educational conference that attracts attendees from across the state and beyond.

Sitter told LifeSiteNews that Coalition members will not be required to sign on to legislation supported by the larger group. The focus will be on including local groups in the conversation and having their voices heard regardless of whether or not they support positions the Coalition takes.

He also detailed five guarantees the Coalition is giving members. These include:

That Coalition-supported bills will do what they are advertised to do.

The Coalition will not take a position of neutrality on a bill and then work behind the scenes for or against it.

PAC endorsements will only be made for no-exceptions candidates.

The Coalition will be an authentic grassroots organization.

Sitter said any statements from RTLACO will authentically represent the grassroots.

“It will be clear with anything we put out,” Sitter said, “Here’s what the voice of the pro-life coalition says.”

The Coalition will also reach out to other traditional values-minded groups whose causes complement the right to life issue in hopes of comprehensive grassroots unity.

The Ohio pro-life movement has been affected by differences on personhood, the incremental approach to pro-life legislation, abortion exceptions, and state-level pro-life alliances with Republican leaders on these issues and others.

In one example, Ohio Gov. John Kasich vetoed the state’s heartbeat bill in December. His justification was that the state would lose a lawsuit challenging the law and have to pay legal costs. The bill had passed both Ohio chambers after two previous attempts since 2011.

Ohio Right to Life (ORTL) also opposed the bill. Many in the Ohio pro-life movement considered ORTL and Kasich’s opposition a betrayal.

In addition to these issues, support for marriage has been the source of some division.

Sitter pointed out that God’s design for marriage and the family is foundational in society and as such it is connected to the right to life.

Molly Smith, president of Cleveland Right to Life and a Coalition board member, said that standing on these core principles will be a “hallmark” of the new organization.

“It is vital that every organization that is part of this Coalition is in unity on the core pro-life beliefs and family values,” Smith said. “The pro-life grassroots in Ohio stand in solidarity on these principles. We recognize that we may take various views on timing and strategy, but our foundations must be solid and communicated clearly and effectively to our policymakers and others.”

Paul Coudron, executive director of Dayton Right to Life, commented on RTLACO’s “no exceptions” approach and why support for religious liberty protections for people of faith will help ensure the continuation of pro-life efforts to end abortion.

“If we leave any unborn child to the tender mercies of the abortionist's blade or forceps, or support politicians who believe a baby's value is dependent upon the circumstances of its conception, we have lost the right to continue to call ourselves 'pro-life,’” Coudron said, “we have become 'pro-regulation,’ which is just saying 'pro-abortion-but-in-fewer-circumstances.’”

Sitter told LifeSiteNews that the Coalition has been five years in the making and the prevailing sentiment of the pro-life movement in Ohio for its creation is “finally.”

“We want to help be the catalyst that helps every local pro-life group in Ohio achieve their maximum effectiveness in the communities they serve,” he said, “and to train and develop the next generation of pro-life leaders who stand uncompromisingly for the intrinsic value of life.”