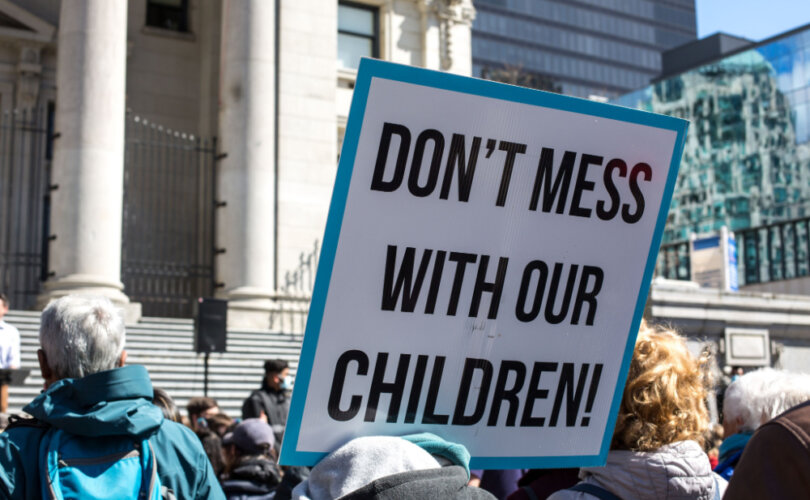 (LifeSiteNews) — A new poll released this week shows that a large majority of American voters oppose the push for children to pursue “gender transitions.”

On Tuesday, the results of a joint poll conducted by McLaughlin & Associates and Summit Ministries revealed that most American voters believe that “gender transition” in the form of surgeries and hormones is unjustly pushed onto minors with the motivation to make money off vulnerable children. The survey was distributed October 12-17 to 1,000 likely general election voters.

Sixty-five percent of participants “believe the transgender movement has gone too far by encouraging underage minors to use drugs and surgery to transition to the opposite sex.” Twenty-one percent disagree with this statement and 14% reportedly did not know.

Asked about the reason behind a rise in youth experiencing gender confusion, 69% of those who submitted a response other than not having an opinion stated that “underage minors are being influenced to question their gender due to social media and other cultural influences.” Only 31% of respondents believe children question who they are “without judgment.”

Another question on the survey was whether participants were “reluctant to share [their] views on transgenderism” with others and the reason behind any hesitation. Fifty-six percent responded that they did not feel reluctance or hesitation when sharing their views and 38% did. Among the latter, 8% hesitate to share their views for fear of being canceled, 15% do not want to offend others, 16% say they do not know enough about the issue, and 6% are unsure.

The survey’s final question gauges opinions “on the motivation behind the medical industry promoting gender transition for young children.” Fifty-seven percent believe that “they are motivated by financial gain,” 24% that the motivation is “to help struggling children,” and 19% are unsure.

This is not the first poll to show how American voters feel about pushing the LGBT agenda onto minors. In May, results from an American Principles Project poll found that swing state voters in Arizona, Georgia, Nevada, New Hampshire, Pennsylvania, and Wisconsin support bans on access to “gender affirming care” and limiting the teaching of “gender identity” in young grades.

Over the summer, another poll conducted among American voters showed that 59% of participants believed children should not be able to choose to be referred to by pronouns contrary to their biological sex and that enabling this practice could lead to greater confusion for youth. Similarly, Pew Research Center also found that 60% of Americans believe that gender is determined by sex.

A September poll surveying American Catholic voters revealed that a majority of practicing and non-practicing Catholics alike are opposed to the transgender ideology and allowing boys and girls to compete against children of the opposite sex on school sports teams.

The ghastly truth about ‘gender transitioning’ is coming out, and liberal elites can’t stop it