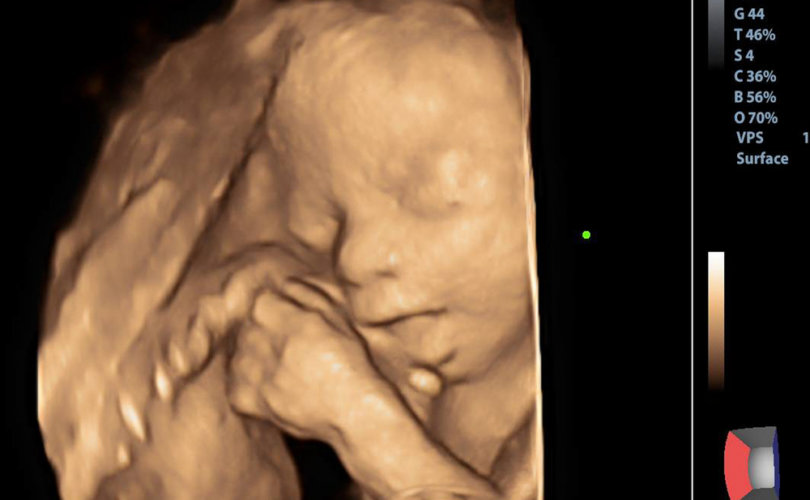 CANADA, February 13, 2020 – (LifeSiteNews) – A recent survey shows a majority of Canadians are opposed to late-term and sex-selective abortion and would support making these practices illegal. The country currently has no law governing abortion, allowing a mother to legally abort her baby through all 9 months of pregnancy for any reason.

When it comes to sex-selective abortion the poll shows that a “vast majority (84%) oppose legalizing abortion if the family does not want the baby to be a certain sex.”

And seven in ten (70%) “Canadians think that abortion should be generally illegal in the last three months of pregnancy.”

The mainstream media have said polls show Canadians have very little in the way of pro-life opinions; however, this is not what actual survey results indicate.

The new poll titled “Abortion – A Canadian Public Perspective after Three Decades” was commissioned by Postmedia to “commemorate” the 1989 Daigle vs. Tremblay case, in which the Supreme Court of Canada ultimately ruled that unborn babies have no legal status as people. As it stands now, Canada has no official abortion law, although the poll repeatedly makes mention that such laws in Canada exist, but fails to mention the backstory.

Abortion was legalized in Canada in 1969 when then Prime Minister Pierre Trudeau (Justin Trudeau’s father) passed a heavily criticized Omnibus Bill, which amended the criminal code to allow abortions to be done in hospitals under permissive circumstances.

The court encouraged the Canadian Parliament to come up with replacement abortion legislation. This effort failed when then Prime Minister Brian Mulroney’s draft law was dismissed in a Senate tie vote. The result of this is that since then, Canada has no abortion law at all, and thus abortion is permitted up through all nine months of pregnancy.

‘Legislating by popular consent is a massive mistake’

While the poll found overall that 70% of Canadians “find abortion acceptable,” that 62% “identify as pro-choice,” and that 71% believe that a woman “should be able to get an abortion if she decides she wants one no matter what the reason,” when pushed about late-term abortion and sex-selective abortion, however, the numbers flip-flop.

According to an analysis of the survey by Canada’s national pro-life and pro-family lobbying group, Campaign Life Coalition, it shows many Canadians are in a “state of confusion” and have a weak understanding of basic human biology when it comes to abortion. This is reflected in the contrasting survey results.

“Legislating by popular consent is a massive mistake. What this poll shows is the state of confusion of the Canadian population on the question of abortion,” Campaign Life’s Hanna Kepka told LifeSiteNews.

“The responses given demonstrate a poor knowledge of basic human biology on the part of the respondents. This suggests a poor level of teaching of this subject in Canadian schools, Ontario and Quebec being the worst,” added Kepka.

Conducted jointly by the polling group DART & Maru/Blue, the poll randomly selected 1,515 Canadian adults from every province, except for Prince Edward Island and all of the Canadian territories.

Kepka feels the conflicting polling data also suggest that in some ways, Canadians are inconsistent or even criminal in their attitudes.

“What are we to conclude? A certain percentage of Canadians consider that it is acceptable to take an innocent life. Should we consult with such people on matters of life and death? These people oppose the most fundamental element of our legal system.”

Kepka continued: “If we did a similar survey on theft, I am sure that a certain percentage of the population would approve of it. Would anybody suggest that we should be legalizing theft to any extent?”

Polling data suggest strong support for aborting babies in the early stages of pregnancy, with only 14 percent feeling abortion should be illegal during the first trimester, but 34 percent believing that life begins at conception.

The support for abortion falls the longer the pregnancy continues, however, which Kepka notes again shows Canadians are confused. A total of 58 percent feel that during the second trimester, the baby is alive, and 43 percent believe abortion should be illegal in the second trimester. This increases to 82 percent feeling there is life in the third trimester, and 70 percent believing abortion should be illegal in the third trimester.

A total of 93 percent of respondents feel that there should be a law that requires doctors to inform patients about the risks of abortion before committing one. The poll also showed that most respondents are in favor of mandating that before an abortion, doctors should be required to inform women about alternatives.

A total of 78 percent are in favor of creating a law that would mandate doctors to spell out the alternatives. The highest percentage of respondents who would support this type of law hail from Atlantic Canada (82 percent), and Alberta (81 percent), with the lowest support from British Columbia (72 percent).

According to statistics from Campaign Life Coalition,  there are approximately 100,000 surgical abortions committed every year in Canada. Since 1969 when it became legal, abortion has killed four million preborn babies in Canada.

Kepka also notes that the survey results show that the higher the income and education levels, the more likely one is to have a liberal way of thinking.

“I think that it is important to notice that more educated and better-paid people are systematically more pro-abortion than the much less educated and much less paid individuals,” said Kepka.

“When one looks at the income and education levels, the higher they are the more brainwashed the respondents are into a progressive way of thinking, such as pro-abortion, anti-rights, anti-science. This suggests that Canadian schools are quite effective in indoctrinating students. The effects are the strongest in Quebec, Ontario, and BC, and the weakest on the prairies and Atlantic Canada.”

Lastly, Kepka noted that the older the age of respondents, the more informed they are about abortion which could show that they are better educated about the issue. She says most answers show the youngest participants in the 18 to 34 year range are the least well-informed and most deficient in wisdom.

When the age goes up to the 35 to 54-year range, in many cases, the responses given are more informed.