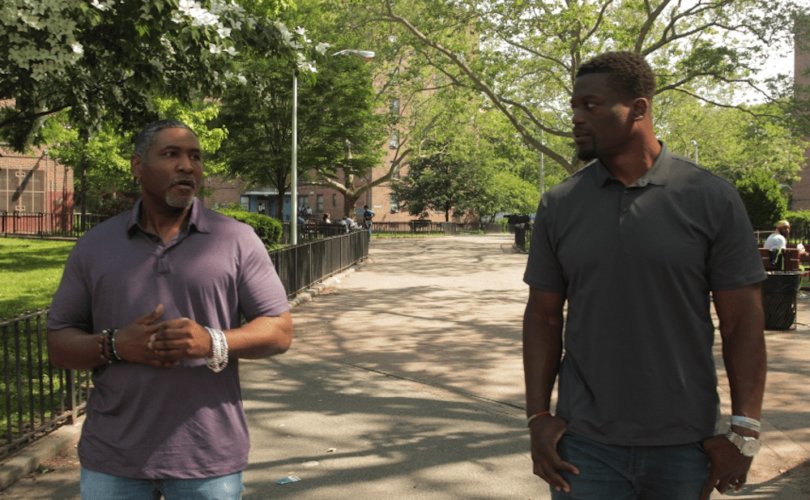 September 11, 2020 (LifeSiteNews) – A new pro-life documentary is slated for release on September 17, this time centering around New England Patriots tight end Benjamin Watson’s in-depth conversations with Americans on both sides of the abortion debate.

“There are many people in Hollywood who would consider themselves pro-life, but they feel as though their viewpoint is unacceptable in the industry,” says Watson, an outspoken pro-life Christian and father of seven with a history of using his celebrity to aid the pro-life cause, such as donating a state-of-the-art ultrasound machine to Severna Park Pregnancy Clinic in Maryland. “No one should feel like their job is in danger because of their convictions on this issue.”

“In Divided Hearts of America, Benjamin Watson discovers the secret that will unite us,” Jason Jones, the founder and president of Movie to Movement, told LifeSiteNews. “A secret that was first revealed through the Jewish Scriptures, then made fully known when the Second Person of the Trinity because incarnate in the womb of the Blessed Virgin Mary. And 18 centuries later, our founding fathers mistook this truth of human dignity as self-evident.”

“My hope is our film reminds our nation that Black lives matter because black lives are sacred,” continued Jones, a prolific pro-life activist who has produced numerous pro-life and faith-affirming films, including Voiceless and Bella. “Black lives are sacred because we are all made in the image of God. We are one family, descended from the same parents and called to the same destiny,  to know God to love Him, and to serve Him in this world, and to be happy with Him forever in heaven.”

“I believe in the sanctity of life, be it in the womb or on your deathbed. That’s my conviction,” Watson declares. “But with the film, I’ll engage those who disagree and hear their reasoning. The No. 1 thing I’m looking for is empathy on both sides.” He hopes his film will help “unveil the truth about abortion, the laws, the history and where our country is headed.”

Divided Hearts of America can be purchased for online viewing at Salem Now’s website when it releases on September 17.