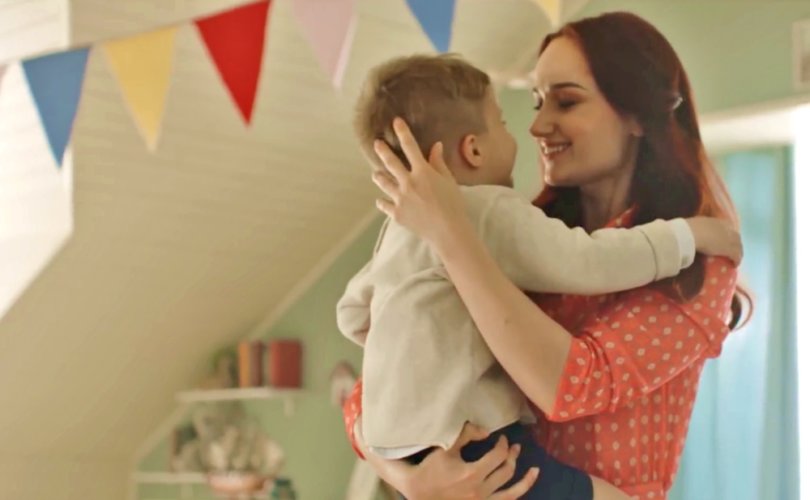 PARIS, Francis, February 6, 2018 (LifeSiteNews) – In what viewers are calling the “most powerful pro-life video…ever,” a new youtube video highlights abortion as a choice that destroys the most important relationship on earth, between a mother and her child. The minute-and-a-half video has over 61,000 views.

“À un Choix de te Perdre” [With a Choice to Lose You] begins with a young woman discovering she is pregnant. She then begins to imagine what life would be like with her new baby. She plays “hide and seek” with him. She teaches him to count with his fingers. She helps him take his first step.

Suddenly, the happy scene becomes overcast as the thought of aborting her baby enters the woman's imagination.

The woman finds herself on an operating table with the instruments of abortion close at hand.

Flashing before her mind are images of her son who is recoiling from danger. She kneels before him, wanting to protect him.

Wounds appear on the boy's face. Blood drips from his nose. It's as if the boy is being destroyed by abortion right before her eyes.

He looks at her pleadingly to do something to stop it.

She tries to hug him, but he disappears from her arms. She is left alone and broken.

But the film ends with a message of hope.

“What would my life have been like, without you?” states a text that fills the screen.

The boy, now alive and well, is seen running to his smiling mother who hugs and kisses him. All is well.

She made the choice to protect her baby.

The video was produced for the Paris March for Life that took place last month.