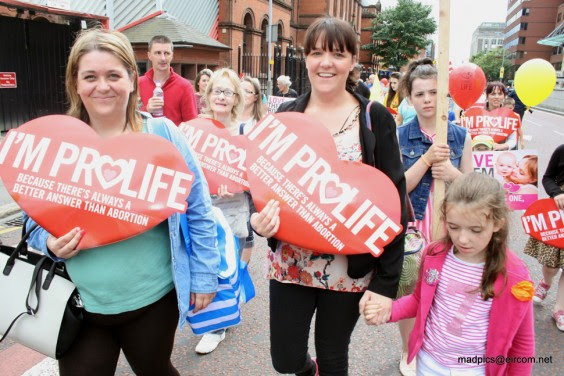 BELFAST, Northern Ireland, January 9, 2019 (LifeSiteNews) – A new Irish pro-life political party is already creating ripples among the Irish political class both north and south of the border. It is also asking questions about just how pro-life some of Ireland’s existing political parties really are.

Last year pro-life politician Peadar Toibin resigned from Sinn Fein over its pro-abortion stance. Thereafter, it was expected that he would retreat to the parliamentary back benches. Instead, he began setting up a new political party – one as pro-life as it will be Republican.

Starting a political party is one thing, but actually finding supporters is another matter. The Belfast Newsletter, however, is reporting that no fewer than seven local councillors in Northern Ireland are defecting to Toibin’s new party. This comes just as the campaign gets underway in Northern Ireland for the local government elections scheduled to take place in May 2019.

Toibin told the Newsletter: “We hope to be standing about 10-15 candidates in the [Northern Ireland] local government elections in May.” He hopes that at least seven elected councillors will choose to stand for his new party. From what he hinted, these candidates come from the two main nationalist parties: Social Democratic and Labour Party (SDLP) and Sinn Fein.

Shortly after announcing the formation of his new political party, surprisingly, Toibin headed to Northern Ireland. While there, he addressed a public meeting of supporters in Maghera, Derry. Later this month and next, more meetings will take place in the North: Omagh (January 9), Newry (January 23), Belfast (January 28), and Armagh (February 4).

Although the party has no name yet, according to Toibin, since its membership opened last Saturday, the party has grown rapidly to 1,400 members. This was after 40 people attended the party’s first executive meeting on Saturday. At the meeting, the party’s constitution and structure were agreed upon. Toibin’s party will be of the Left with an emphasis on economic justice, but he has also made clear that its constitution will be “100 percent pro-life.”

The new pro-life party has attracted interest from some high-level former Sinn Fein members. Martin McGuinness’ brother, Declan McGuinness, has officially signed up and is said to be interested in standing for election. Ex-Sinn Fein councillors Francie and Ann Brolly, both of whom also left the party over its pro-abortion stance, are said to be considering putting themselves forward as candidates for the new party.

More interesting still is the news that SDLP politicians are now defecting to the new party. County Tyrone councillor Rosemarie Shields has confirmed she is leaving the SDLP for Toibin’s pro-life party. She told the Newsletter that there were others within the SDLP and from “another party” who are also considering leaving and joining Toibin.

Ms. Shields said she was attracted by the new party’s emphasis on economic justice when so many parties appear to have the same view on economic and social issues. She was equally impressed by Toibin’s “integrity” and “honesty,” something she contrasted with what is usually on display in modern Irish politics.

In addition, she made clear that the unabashed pro-life position of the new party was a significant factor in her decision to join it.

The reaction of the SDLP, her former party, is telling.

Rather than accepting that Ms. Shields made the decision from the highest of motives, the party seemed to suggest that her leaving was to do with the “selecting of candidates” for the forthcoming elections, implying she would not have been selected to stand anyway.

Furthermore, the party had this to say: “Councilor Shields’ lack of commitment to her role has been a matter of concern for some time now and that would obviously have been a factor in the party’s decision on whether to run her as a candidate again or not.”

In response, Ms. Shields pointed out that the SDLP has not yet selected any candidates for the local government election. She also told the Newsletter that she doesn’t accept the narrative now being cast by her former political party: “I was dedicated to my role as a public representative.”

The SDLP officially opposes the changing of abortion law in Northern Ireland. However, some of its recent actions have caused concern to pro-lifers within the party. In April 2017, three SDLP councillors in Belfast quit the party.

Former Lord Mayor Pat Convery and councillors Declan Boyle and Kate Mullan  were suspended by the SDLP in April 2017 after abstaining from a Belfast City Council vote condemning the “harassment of women by anti-abortion activists outside reproductive healthcare facilities.” The motion was proposed by the Green Party, which claimed women were forced to “run a gauntlet of intimidation and harassment.”

The SDLP leadership had instructed its Belfast councillors to support the Green Party motion. The three councillors told the Belfast Telegraph that they “totally opposed the harassment and intimidation of women” and had abstained from the vote “as the SDLP are a pro-life party.”

Four days after the vote, Councillors Convery, Boyle, and Mullan received a letter from SDLP chief whip Colin McGrath informing them of their suspension. It stated: “Your vote has brought considerable disrepute to the party in all forms of print, broadcast and social media and was contrary to party policy and to the direction sought and provided from the party on the day.”

At the time, Convery, a former SDLP vice-chairman who was first elected to Belfast City Council 16 years ago, told the Belfast Telegraph: “The party I joined was one of inclusiveness and I feel that no longer applies…The SDLP needs to go back to its roots of being a broad church where everyone is welcome.”

He went on to add that “moral issues should be matters of personal conscience and party policy should reflect that.”

Subsequently, the three councillors asked for a meeting with their party leader, Colum Eastwood. Their request was refused.

“We weren't given the chance to make our case at a meeting. We were sentenced in advance of that in a draconian approach,” Convery said.

A statement issued by the trio’s solicitor said, “The SDLP leadership showed no respect for three experienced and distinguished councillors and no appetite to resolve issues which clearly affected the party's pro-life stance.”

On May 19, 2018, the SDLP voted to reaffirm their pro-life policy. They also voted, however, to allow what was described as a conscience vote on the subject. Henceforth, the SDLP moved from a solidly pro-life party position to a view on abortion that is left to the consciences of individual members. As a consequence, it seems SDLP members today can vote and actively campaign for any policy they like relating to abortion.