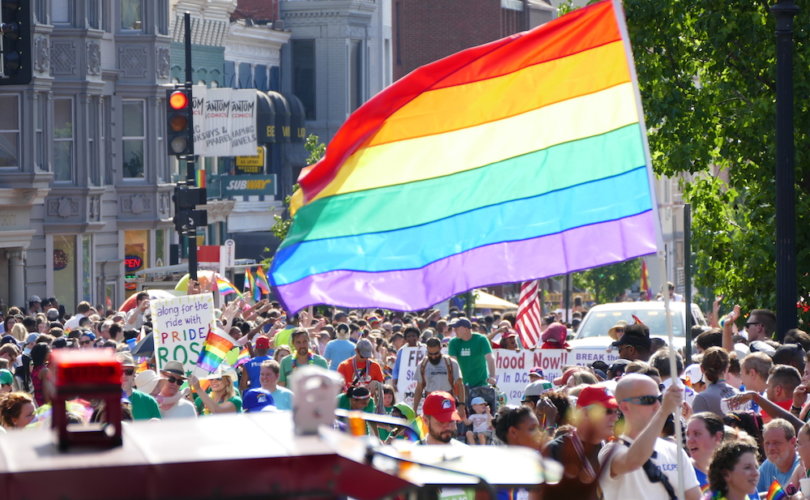 The report, authored by Dr. Lawrence S. Mayer and Dr. Paul R. McHugh and published in the fall 2016 edition of The New Atlantis, is titled Sexuality and Gender: Findings from the Biological, Psychological, and Social Sciences.

Mayer and McHugh considered more than 200 peer-reviewed studies related to human sexuality and found that understandings of sexual orientation and gender identity as “innate” rather than fluid are “not supported by scientific evidence.”

Sexuality and Gender analyzed findings from a variety of scientific studies both touted and ignored by the LGBT lobby to argue that “sexual desires, attractions, behaviors, and even identities” are fluid and sometimes change over time. Data show the LGBT population suffers from higher rates of childhood sexual abuse than those without non-heterosexual tendencies, Mayer and McHugh reported, but “more research is needed to elucidate the biological or psychological mechanisms” behind the theory that sexual abuse is a causal factor in sexual orientation.

Many factors, such as social and cultural environments, play a role in sexual attraction and behavior, Mayer and McHugh wrote.

“The ‘born that way’ notion that homosexuality and heterosexuality are biologically innate or the product of very early developmental factors” is “not a view that is well-supported by research,” the psychiatrists wrote. However, some people may be more genetically predisposed toward homosexuality as “there is some evidence from … twin studies that certain genetic profiles probably increase the likelihood the person later identifies as gay or engages in same-sex sexual behavior.”

Social stressors likely contribute to some of the increased mental health risks for the non-heterosexual and transgender populations, but “they likely do not account for the entire disparity,” according to the report.

“We may have some reasons to doubt the common assumption that in order to live happy and flourishing lives, we must somehow discover this innate fact about ourselves that we call sexuality or sexual orientation, and invariably express it through particular patterns of sexual behavior or a particular life trajectory,” Mayer and McHugh wrote. “Perhaps we ought instead to consider what sorts of behaviors — whether in the sexual realm or elsewhere — tend to be conducive to health and flourishing, and what kinds of behaviors tend to undermine a healthy and flourishing life.”

One of the main findings in Part Three of the study, which examined transgenderism, was that “there is no evidence that all children who express gender-atypical thoughts or behavior should be encouraged to become transgender.”

“Children are a special case when addressing transgender issues,” the authors wrote. “Only a minority of children who experience cross-gender identification will continue to do so into adolescence or adulthood.”

The doctors examined neurological and genetic research on gender identity and its origins.

Nevertheless, the number of children referred to gender dysphoria clinics has skyrocketed over the past few years. The long-term follow-up on children who have undergone gender “transitions” is not substantial, Mayer and McHugh reported, and future research “would ideally include long-term follow-ups that assess outcomes and functioning beyond the late teens or early twenties.”

“The potential that patients undergoing medical and surgical sex reassignment may want to return to a gender identity consistent with their biological sex suggests that reassignment carries considerable psychological and physical risk, especially when performed in childhood, but also in adulthood,” they wrote.

In short, the report shows that there’s not a scientific consensus on what causes homosexual feelings and attractions, the LGBT population is more likely to experience negative mental health outcomes, “sex reassignment surgery” is not necessarily the best treatment for gender confusion, and more research is needed on all of these topics.

But don’t expect the media or popular culture to suddenly start acknowledging this.