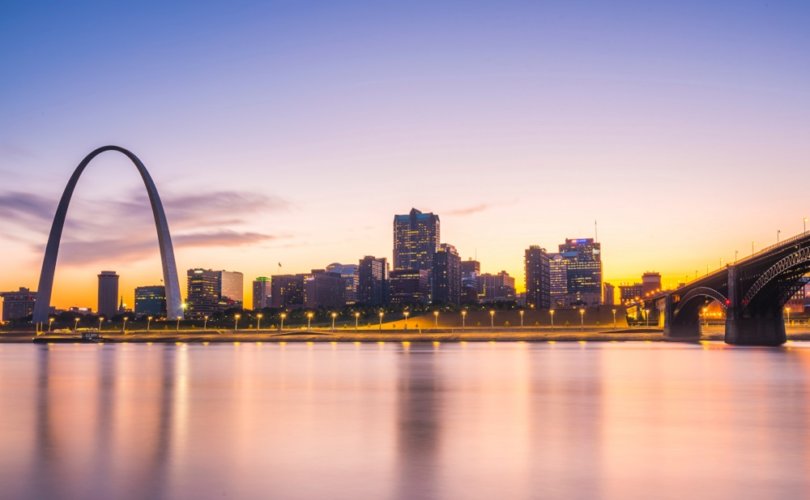 UPDATE from Operation Rescue: *Originally, this report indicated a 78% decrease in abortions between 2018 and 2019 based on Missouri DHSS numbers. After this report was published, it was discovered that there was a mistaken entry on the 2018 DHSS chart used for this report. That DHSS chart inadvertently entered the total number of abortions on Missouri women, instead of the number of abortions that took place in Missouri in 2018. Operation Rescue made corrections to this story after the accidental error on the DHSS chart was discovered. (View chart with mistake; View chart with actual numbers.) The actual decrease in abortions is still substantial, and the 2018 DHSS chart error does not affect the accuracy of the rest of this report.

JEFFERSON CITY, Missouri, January 14, 2020 (Operation Rescue) — A preliminary report from the Missouri Department of Health and Senior Services (DHSS) shows that abortions in Missouri dramatically dropped over 2018 as the state’s only abortion facility, Reproductive Health Services in St. Louis, struggled to maintain its abortion license after a spate of botched abortions.

The report, which was submitted to the state legislature in compliance with reporting regulations, showed that from January 1 through November 15, 2019, 1,354 abortions were conducted in Missouri by RHS Planned Parenthood.

The preliminary number represents a 54 percent* decrease over the 2018 totals, when 2,910* abortions took place at three abortion facilities in Missouri, according to state abortion statistics kept by the DHSS.

“Missouri has had tremendous success reducing abortions, closing abortion facilities, and preventing a planned expansion of abortions into additional communities,” said Troy Newman, President of Operation Rescue. “Their laws and willingness to enforce them has protected thousands of women from harm and saved countless innocent lives. Other states should look to Missouri as an example.”

Of the 1,354 abortions done at the RHS Planned Parenthood in 2019, 1,040 were surgical suction curettage procedures, which are done in the first trimester of pregnancy.

There were 307 of the more dangerous Laminaria Dilation and Evacuation (D&E) dismemberment procedures that are typically done in the second trimester of pregnancy and beyond.

The number of abortions done using abortion-inducing drugs fell from 2,529 in 2018 to just six in 2019. That is because RHS Planned Parenthood abortionists refused to comply with a Missouri law that requires a pelvic exam prior to dispensing abortion drugs to women in order to detect any contraindications, such as an ectopic pregnancy. Instead, Planned Parenthood of the Greater St. Louis Region and Southwest Missouri, which operates RHS Planned Parenthood, transferred its medical abortion business to an office in a Belleville, Illinois, strip mall and referred the vast majority of medical abortions there.

There were 83 reported abortion complications noted in the preliminary report. Of those, 17 took place at RHS Planned Parenthood and 66 took place at out-of-state facilities or unknown locations.

“We have long understood that abortion drugs are more dangerous than surgical abortions and carry a higher complication rate,” said Newman. “The national trend in liberal states that allows abortion pills to be distributed through webcams, or smart phones, or non-physicians is ill-advised. We are thankful that Missouri has taken steps to protect the public from these hazards to life and health.”

Since the preliminary report was compiled, there has been one more medical emergency at RHS Planned Parenthood in St. Louis that required emergency ambulance transport to a hospital emergency room. That incident took place on November 21, 2019.

Then, on December 19, 2019, an ambulance was called to Planned Parenthood’s new Fairview Heights abortion facility for a woman who was bleeding so much that it could not be controlled by Planned Parenthood staff — the same staff that also does abortions at the St. Louis facility where there is documentation for 75 women that have been transported by ambulance for emergency care.

The deficiencies, which included botched or incomplete abortions on at least four women, were the basis for the DHSS decision to revoke RHS Planned Parenthood’s surgical abortion license last year. Planned Parenthood had refused to cooperate with the DHSS investigation into the harm it inflicted on women. Planned Parenthood appealed the revocation. A decision by an Administrative Court, which heard the licensing dispute, is expected next month.

In addition, seven complaints were lodged against the Planned Parenthood abortion facility.

“We are very interested to see the final Missouri abortion statistics for 2019, but until then, the preliminary report shows that pro-life activism, together with good laws and a willingness to enforce those laws, literally saves lives. It also shows that abortion is not safe, and the abortion pills are more dangerous than Planned Parenthood wants anyone to believe,” said Newman. “We pray that the decision to revoke RHS Planned Parenthood’s abortion license will be upheld and that Missouri will become the first state without an active abortion facility since abortion was decriminalized in 1973.”