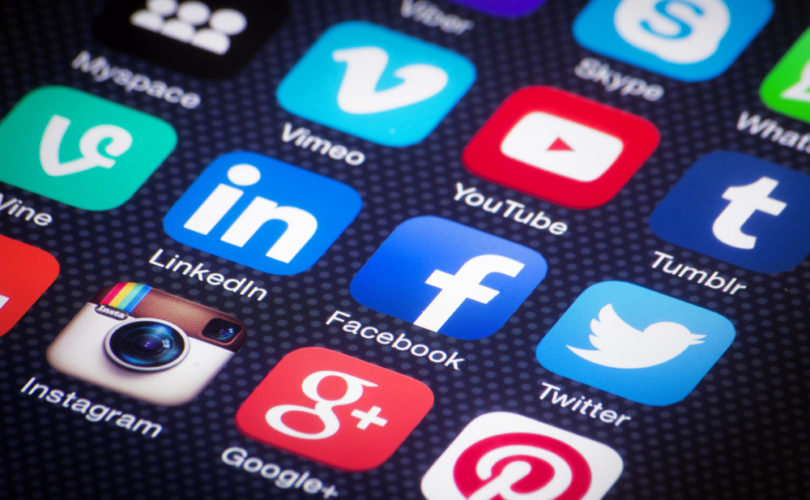 The 50-page report, “Censored! How Online Media Companies Are Suppressing Conservative Speech,” was written by Ashley Rae Goldenberg and Dan Gainor. It examines the four largest internet entities — Google, Facebook, Twitter, and YouTube —  and declares that their handling of political speech is “far more troubling than most conservatives realize.”

The report finds that all four websites actively hide or deemphasize conservative content from users, and that in some cases staffers have admitted doing so was intentional. It further criticizes the platforms for relying on left-wing organizations to provide advice and screening sources that are presented as impartial.

The report finds that Google, the world’s most influential search engine, displayed a “tendency toward left-wing bias in its search results.” Its lead source was a study by Robert Epstein of the American Institute for Behavioral Research and Technology, which found that search results for decided voters “were nearly twice as biased in favor of (Hillary) Clinton” in the 2016 presidential election.

“Censored!” also highlights a January 2018 Project Vertias video, which filmed Twitter employees admitting that they “shadow-ban” some conservative users — a practice by which others cannot see a shadow-banned user’s content, but the target has not been notified of an action against him. Twitter has attempted to block several pro-life advertisements, as well.

The report also notes that Twitter attorney Sean Edgett admitted to a House panel that during the election Twitter censored 25 percent of tweets carrying the #PodestaEmails hashtag, and 48 percent of those tagged #DNCLeak (referencing a scandal over leaked emails from the Democratic National Committee).

“It was absolutely bias. We were doing it subjectively. It just depends on who the curator is and what time of day it is,” one former news curator is quoted as saying.

YouTube has suppressed conservative content as well, according to MRC. It lists the conservative blog Legal Insurrection, foreign policy commentator Pamela Geller, conservative columnist Michelle Malkin, video bloggers Diamond and Silk, Dennis Prager’s PragerU series, and several pro-gun channels as having seen their videos either deleted, age-restricted, or demonetized, and in the cases of Geller and Legal Insurrection, their accounts terminated entirely.

Prager and Diamond and Silk’s cases are ongoing, but YouTube has since reversed most of the decisions listed here, claiming they were unintentional errors.

Nevertheless, suspicions remain that the trend is due to a persistent, deliberate bias rather than occasional, benign mistakes. “Censored!” notes that each company takes advice and outsources some fact-checking and guideline enforcement to organizations that themselves have left-wing biases.

Twitter relies on a “Trust and Safety Council” to provide advice on “safety products, policies, and programs.” Its America-based member organizations include just one conservative group, the Network of Enlightened Women, but 12 left-wing groups, including the Anti-Defamation League (ADL) and the pro-homosexual GLAAD. Both organizations have labeled mainstream conservative organizations as “hate groups.”

ADL is also one of the groups YouTube employs to flag “hateful content” for restriction, as is the Southern Poverty Law Center (SPLC), another left-wing organization infamous for accusing mainstream conservatives of “hate.”

Facebook’s “fact-checking” feature relies primarily on left-leaning publications such as Snopes and PolitiFact for ostensibly-impartial “fact checking,” as well (in fairness, the conservative Weekly Standard is also listed as a fact-checker). Facebook does not formally employ SPLC as part of that process, but in August 2017 it deleted 57 of more than 200 alleged “hate groups” suggested by SPLC. Google faces similar criticism.

The report lists several recommendations for tech companies, including greater transparency for when and how content restriction decisions are made, publishing clear guidelines for ideological content, cutting ties with “bad actors” such as GLAAD and SPLC, employing truly neutral fact-checkers, and overhauling their algorithms, advertising policies, and systems for flagging and reporting disputed content.

“The conservative movement is facing a threat to its very existence — a new, insidious form of media censorship,” Goldenberg and Gainor warned. “It’s almost too much for conservatives even to contemplate fighting. But they need to do much more than contemplate it.

“Americans have always had to be willing to fight for a righteous cause, from Lexington and Concord to the beaches of Normandy,” they concluded. “Now it’s the conservative movement’s turn to fight. This is a different kind of battle, but it’s still a fight for freedom.”