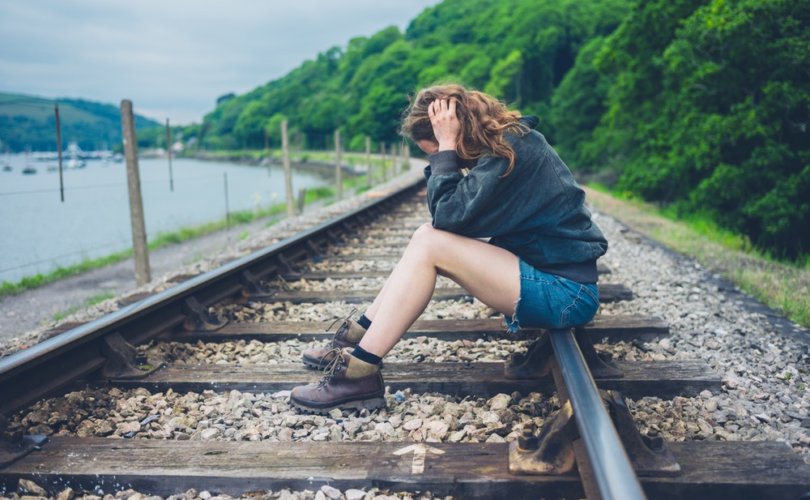 November 27, 2017 (LifeSiteNews) – Using hormonal contraceptives increases a woman’s risk of suicide, sometimes even tripling it, a new study published in the American Journal of Psychiatry revealed.

The study, Association of Hormonal Contraception With Suicide Attempts and Suicides, was conducted by Danish researchers.

“The patch,” a thin bandage-like piece of plastic that delivers hormones to users, was the method of birth control linked to the highest increase in suicide or suicide attempts. Intrauterine devices (IUDs), the vaginal ring, and then the birth control pill followed.

“Adolescent women are more sensitive than older women to the influence of hormonal contraceptive on risk of a first suicide attempt,” the study says.

Hormonal contraception is “likely to enhance the influence of any additional factor that might cause mood disturbances,” the authors wrote.

Because “adolescence is a period characterized by endogenous sex hormone changes and changing external cultural and social demands,” teen girls will be even more strongly affected by hormonal contraception.

The researchers’ sample “included only girls from the age of 15 who had no prior use of hormonal contraception.”

The study noted that the initiation of a sexual relationship for these women could be considered a factor that led to the suicidality. However, it eventually concluded “sexual activity does not seem to be an important confounder for the relationship between use of hormonal contraception and suicide attempt or suicide.”

The study suggested the hormone changes brought on by the contraceptives are what led to increased suicide attempts.

“Hormonal contraception may have a direct influence on the neurotransmitter and hypothalamic-pituitary-adrenal system involved in stress regulation and the neurobiology of suicidal behavior,” the authors wrote. The data they collected “demonstrates a rapid increase in first suicide attempt after initiation of hormonal contraception.”

Hormonal contraception also increases users’ risk of blood clots. Its other side effects include weight gain, decreased libido, and even changes in attraction.