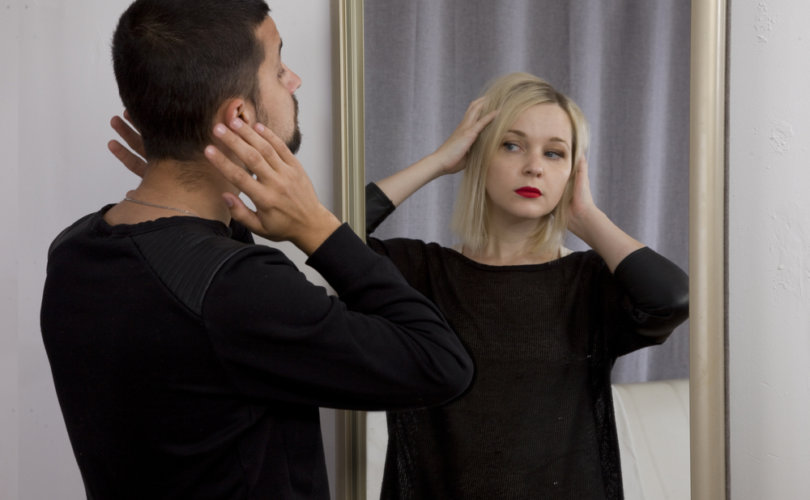 The study, published Tuesday in the Annals of Internal Medicine, studied the medical records of 2,842 transgender women and 2,118 transgender men over eight years and compared them with 48,686 biological males and 48,775 biological females. They found 148 cardiovascular events among the transgender “women” (biological men).

As a result, the study concluded that trans “women” were 80 percent to 90 percent more likely to experience a stroke or a heart attack than actual women, Newsweek reported. Reuters noted the number of incidents experienced by trans “men” (biological women) was too small to draw conclusions from.

The study left several relevant aspects of the problem unaddressed, as it did not examine specific hormone doses, formulations, or combinations.

While the study’s authors said more research is needed, they attempted to downplay the significance of the alarming number.

“Perhaps (the findings) should be taken into consideration when planning follow-up and evaluation of patients as they undergo the treatment,” senior author Michael Goodman of Emory University’s Rollins School of Public Health said. “As with any type of treatment, the risks have to be weighed against the benefits.”

“The confirmation of this risk is good to have so patients can be warned and precautions can be taken,” added fellow author Dr. Joshua Safer of Mount Sinai Hospital’s Transgender Medicine Center. “But I think most transgender women would conclude the risk is not high enough to forgo hormone therapy.”

While those questions remain unknown as to the safety of this particular aspect of hormone therapy, critics say its failure to address the root of gender-identity problems is the deeper concern.

Studies indicate that between 80 percent to 90 percent of children experiencing gender dysphoria outgrow it on their own by late adolescence, but also that transgender students and adults are more likely to attempt suicide or self-harm. A 2011 study from Sweden, for example, found that transgender individuals are 19 times more likely to commit suicide, even after sex-reassignment surgery.

“In order to achieve a healthy and mentally stable state, a trans person must have their gender and sex as closely aligned as possible,” but it “seems far more reasonable — and medically ethical and sound — to achieve this homeostasis by changing gender to match to the already established sex” rather than the other way around, author and social commentator Chad Felix Greene wrote.

“A woman taking testosterone must continue taking testosterone, or else her desired masculine secondary sex characteristics will fade away,” Greene noted. “The body’s aggressive and persistent attempt to return to a state, despite medical interventions to override that state, indicates that the state is ‘natural.’ The body is being medically forced to adapt to conditions it is unsuited to experience.”