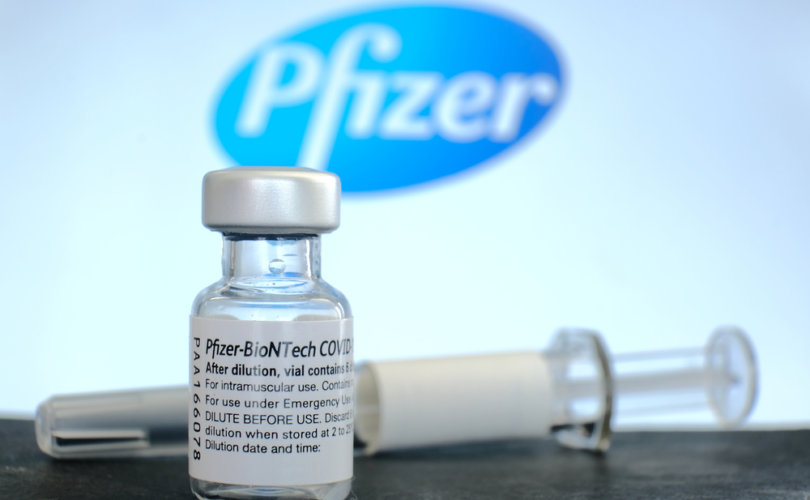 (LifeSiteNews) – A new study has found that two doses of the abortion-tainted mRNA anti-COVID jabs can lead to a decrease in protection against the novel coronavirus compared with that gained by natural immunity.

Published in the prestigious New England Journal of Medicine, research from a group at Weill Cornell Medicine in Qatar showed that the level of protection offered against infection with the omicron variant of COVID-19 from natural immunity vastly outstrips that of a two-dose regimen of the available mRNA shots against the virus.

The June 15 study, conducted between December 2021 and February 2022 in Qatar and analyzing some 100,000 individuals, demonstrated that prior infection with COVID in those who had not received a jab garnered a 46.1 and 50.2 percent level of effective protection against further infection with omicron’s two subvariants, while vaccination with two doses of Pfizer’s mRNA shot in those who had not been previously infected induced a negative effect, resulting in a -1.1 and -4.9 percent protection level.

Those who had been infected and subsequently received two shots of the mRNA jabs, which they called “hybrid immunity,” had an effective protection against reinfection with any omicron of 40.7 percent, slightly down on that given by natural immunity alone.

The authors noted that while individuals maintained protection against the virus from natural immunity over 300 days after their first infection, a two-dose regimen of Pfizer’s jab quickly waned in effectiveness, dropping to -3.4 percent after six months, indicating that one would be more protected against infection if they did not receive any jab at all.

Moderna shot recipients fared slightly worse in the study, showing a drop in effective protection against any omicron variant after six months of vaccination to -10.3 percent after starting marginally higher than that of the Pfizer equivalent.

Administering a third dose of either Pfizer or Moderna’s shots carried a renewed immunity among those with “hybrid immunity,” but as with two doses, protection began waning quickly, with both vaccines plummeting in effectiveness by between 14 and 16 points after one month.

Just over a week after the Qatari paper was circulated, the BMJ published a study showing that both Pfizer and Moderna’s jabs were more likely to hospitalize individuals due to serious adverse events from the shots than they would protect you from serious injury with COVID.

The risk of post-vaccine injury was so great that the authors concluded that there was “no evidence of a reduction in overall mortality in the mRNA vaccine trials.”

The latest data from the U.S. Vaccine Adverse Event Reporting System (VAERS) shows that 1,314,594 adverse injury reports have been lodged against the COVID jabs, 212,064 of which are of serious injuries and a further 29,162 are for deaths following the shots.