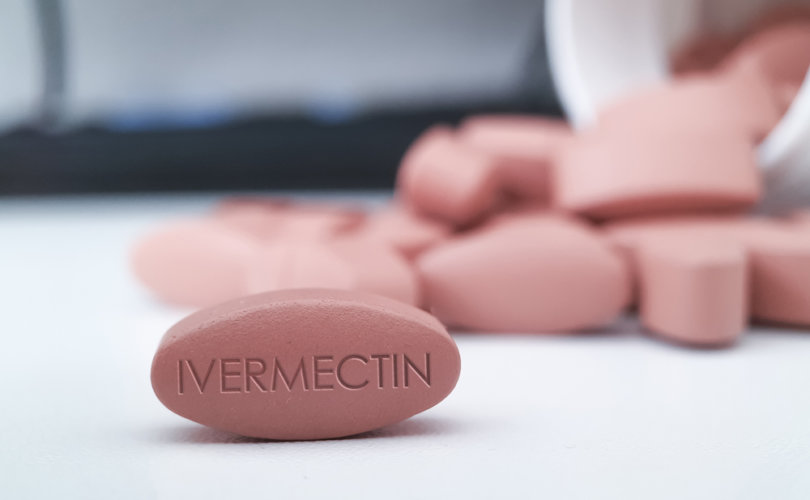 (WND News Center) – A large study on the impact of using ivermectin as a prophylaxis for COVID-19 found that regular users of the drug experienced up to a 92 percent reduction in mortality compared to those who did not.

Brazilian research scientist Dr. Flavio A. Cadegiani wrote on Twitter that his study in his home country showed a “dose-response effect,” meaning that “the more you used, the more protection you had.”

He observed that people who use ivermectin regularly every 15 days for at least six to eight weeks had up to a 92 percent reduction in mortality.

Cadegiani conducted a previous study of the drug that evaluated whether its use could impact COVID-19 infection and mortality rates.

Last fall, esteemed epidemiologist Dr. Harvey Risch of Yale Medical School was among scientists and physicians who said in Senate testimony that thousands of lives could have been saved if treatments such as ivermectin and hydroxychloroquine had not been suppressed.

In April, after noticing that the word ivermectin was trending on Twitter amid Elon Musk’s move to buy the company, the U.S. Food and Drug Administration (FDA) reprised its disingenuous “horse de-wormer” smear of the drug as a treatment for COVID-19.

“Hold your horses, y’all. Ivermectin may be trending, but it still isn’t authorized or approved to treat COVID-19,” said a post on the FDA’s Twitter account.

The reference to horses played on the explosion last fall of media articles and social media posts mocking people who treated COVID-19 with the drug as ignorant rubes who were sneaking into farms or patronizing Tractor Supply stores in quest of “horse de-wormer.”

— Article continues below Petition —
Support Brave Ottawa Detective, Suspended for Investigating the Truth About Child COVID Vaccines
Show Petition Text
4197 have signed the petition.
Let's get to 5000!
Thank you for signing this petition!
Add your signature:
Show Petition Text

During the pandemic, Twitter and other social media platforms censored positive mention of ivermectin and hydroxychloroquine despite the countless testimonies and dozens of studies from around the world showing the drugs to be effective in treating COVID-19.

A follow-up FDA post said: “Also, a reminder that a study showed it didn’t actually work against COVID.”

Dr. Pierre Kory, who has testified to the Senate of the effectiveness of ivermectin against COVID-19, fired back.

The FDA, he wrote, was “messaging BS” by citing “one corrupt study” while ignoring 82 trials, including 33 randomized controlled trials with 129,000 patients from 27 countries, that show “massive benefits” of ivermectin in treating COVID-19.

In an article published in April for the Brownstone Institute, Kory wrote that it’s “a tried-and-true tactic with effective and dastardly results” for “Big Pharma and other well-financed interests” to sponsor purportedly impartial medical trials “aimed at discrediting cheaper generic alternatives.”

“Ignoring the flaws in the methodology, the media runs wild with the desired narrative, which is amplified by a well-orchestrated public relations effort,” he wrote.

Kory cited as an example the newly reported clinical trial from Brazil known as “TOGETHER,” which he said ostensibly aimed at studying the effectiveness of ivermectin to treat COVID.

Among the flaws was the lack of explicit exclusion criteria for trial participants on ivermectin, meaning both trial groups had access to the same drug.  Further, the treatment window was set for only three days, which didn’t allow for adequate dosing.

“The dosage of the trial was far lower than everyday Brazilian clinicians were prescribing patients at the time to match the strength of the strain,” Kory pointed out.

“In spite of these and other readily apparent shortcomings, the nation’s leading media gobbled up the results. ‘Ivermectin Didn’t Reduce COVID-19 Hospitalizations in Largest Trial to Date’ blared the Wall Street Journal, while a New York Times headline announced, ‘Ivermectin Does Not Reduce Risk of COVID Hospitalization, Large Study Finds.’”

A similar study of ivermectin “of far larger size, conducted by investigators without any conflicts of interest, found the drug led to massive reductions in COVID infection, hospitalization and mortality – yet it received virtually no media coverage.”

“An independent board free of pharma industry conflicts must be established to oversee trials for re-purposed medicines,” he said. “Recommendations should be based on trials designed by impartial experts and actual results, not the desired ones, and policymakers or prescribers who ignore the findings should be held accountable.”

Academia and the regulatory agencies must be reminded, he said, “that observational trials data – wherein a sample of population who take a drug are compared to those who do not – is equally valid at informing policy.”

“Randomized controlled trials can yield useful information, but their complexity, costs, and delays to treatment lead to errors and effectively shut out low-cost drugs from the approval process, regardless of their efficacy,” he said.