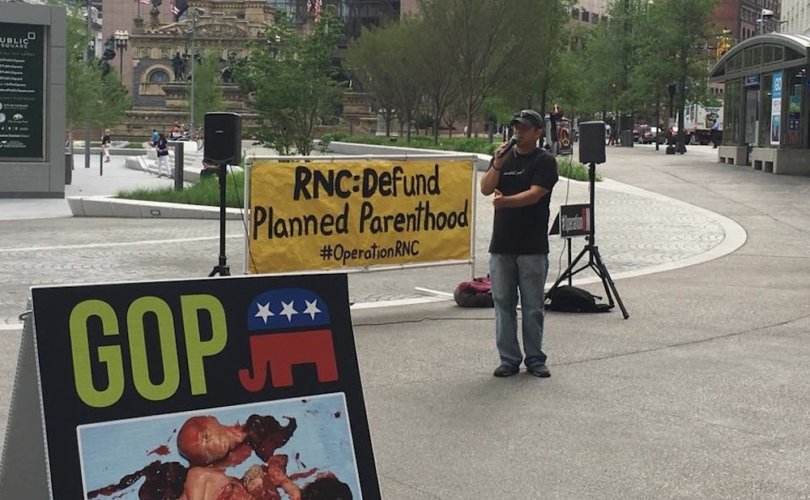 TORONTO, September 8, 2016 (LifeSiteNews) — A recent study on the use of abortion victim photography in pro-life outreach suggests that instead of damaging public opinion of the pro-life movement and thereby impeding the accomplishment of pro-life strategies, the images in fact change hearts and minds.

“Ultimately, opponents’ claims that abortion victim images are ineffective at changing public opinion are unsupported, as was the claim that this strategy is counterproductive or irreconcilable with other strategies,” states Dr. Jacqueline C. Harvey, a political science professor at Tarleton State University in Texas and lead researcher of the project, in an executive summary.

The study titled A Statistical Analysis on the Effectiveness of Abortion Victim Photography in Pro-life Activism was commissioned by the Canadian Centre for Bio-Ethical Reform (CCBR). The CCBR developed a survey — administered by the independent company Blue Direct — which targeted the population of geographic areas in which CCBR campaigns had been run using abortion victim photography. With a sample size of more than 1,700 respondents, the survey results are sufficient to gauge public opinion within a five-point margin, the study claims.

The survey results found that those who had seen the photos of aborted babies had a “statistically significant shift in pro-life worldview, a greater negative perception of abortion, a decreased degree of permissiveness and liberalism towards abortion law, and a significant gain in pro-life political views after seeing abortion victim imagery.”

The study found that:

• 90 percent of respondents said that seeing the images increased their negative feelings toward abortion.

• Those identifying as completely pro-life increased by nearly 30 percent following the campaign.

• Those identifying as pro-abortion decreased in their degree of support for abortion.

• Overall, there was a statistically significant gain of nearly 17 percent toward a pro-life worldview.

• The degree of permissiveness toward abortion was statistically decreased and support for incremental pro-life gains, like gestational limits, substantially increased by 15 percent overall.

The study suggested that shifting the way the public feels about abortion could eventually save lives.

“Additional analysis found that the strength of one’s feelings toward abortion were conclusively parallel to political views about abortion, with those who felt strongly positive towards abortion favoring no legal restrictions, and those who felt strongly negative towards abortion favoring complete prohibition of abortion. This suggests that changing how the public feels about abortion impacts how people vote for candidates who would be willing and able to enact legal restrictions that actually save lives.”

Dr. Monica Miller, Director of Citizens for a Pro-Life Society, called the study “very helpful in closing the debate on the use of abortion victim photos” in the pro-life movement.

“As someone who has taken the bodies of abortion victims out of the trash and photographed them by the hundreds, I am solidly convinced that these photos are essential if we are to change hearts and minds. Now we have a study that provides evidence that this is the case,” she told LifeSiteNews.

“This survey is certainly the first of its kind and, considering the decades-long debate among pro-lifers on the effectiveness of publicly displaying abortion victim photos, is long overdue,” she said.

Why graphic images need to be displayed: from the woman who took the photos

‘I lay in bed and sobbed’: British model changed mind about abortion after feeling her baby kick, seeing graphic images
A time to shock? Using images of abortion in the public square
‘Grotesque’ abortion images are ‘manipulated’? Here’s the proof they’re not.
Biola University apologizes for censoring pro-life student and affirms use of graphic images