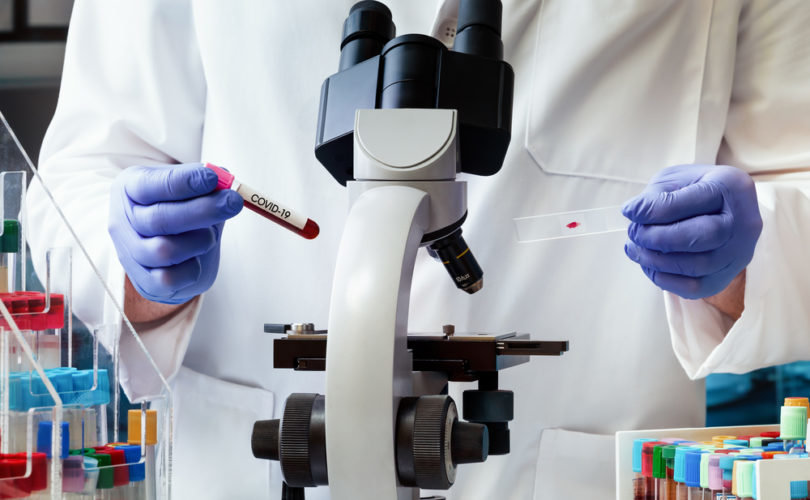 STANFORD, California, April 16, 2021 (LifeSiteNews) — A new study released by Professor John P. A. Ioannidis of Stanford University, California, has found that the infection fatality rate (IFR) of COVID-19 is significantly lower than previous studies indicated. According to Ioannidis, a medicine and epidemiology professor, the virus is less deadly than once thought, registering at a mere 0.15% fatality rate.

Ioannidis’ research, published in the European Journal of Clinical Investigation, considered data collected from six “systematic evaluations” of global infection with the novel coronavirus, each one taking account of between 10 and 338 individual studies from 9 to 50 countries around the world. The evaluations in Ioannidis’ report find their basis in seroprevalence studies, that is detecting the presence of antibodies against SARS-CoV-2 (the virus which causes COVID-19) in the blood serum of a population.

Seroprevalence studies differ from typical national statistics of PCR-based “confirmed cases” of the virus inasmuch as they do not simply detect active traces of SARS-CoV-2, but rather the presence of COVID antibodies, thus counting those individuals infected with the pathogen at some point but who may or may not have active viral material in their body at the time of testing.

As such, individuals who would not have been counted by PCR testing as a positive case — the discredited method used in the daily COVID infection count by the U.S. Centers for Disease Control and Prevention (CDC), as well as many international government health agencies — ­will be picked up by seroprevalence analysis, which identifies the spread of the virus in such cases, painting a clearer picture of viral spread within a population.

In producing his own estimate of the infection rates and related IFR of COVID-19, Ioannidis highlighted the importance of an overview of the relevant estimates globally, given that such estimates “feed into projections that influence decision-making,” including public policy. In order to avoid the “uncertainty and unclear generalizability” arising from single studies, Ioannidis took six large-scale evaluations, spanning numerous countries and including many hundreds of studies.

Aggregating the six systematic evaluations, Ioannidis found that all “seroprevalence data converge that SARS-CoV-2 infection has been very widely spread globally,” resulting in a global IFR of “approximately 0.15% with 1.5-2.0 billion infections as of February 2021.” The IFR calculated in Ioannidis’ latest research is a revision of his previous findings, which concluded that COVID-19 had a 0.23% IFR, making COVID-19 around 1.5 times less deadly than previously thought. In concrete terms, the revised IFR puts COVID-19 a bit higher in fatality rate than Influenza, which generally sits at 0.1% IFR.

Ioannidis did admit, however, that despite garnering data from over 50 countries, the studies lacked an even global reach overall, with 72% to 91% of seroprevalence data originating in Europe and North America. A disproportionately small pool of data was collected from Africa and Asia.

According to Ioannidis, the majority of the evaluations used in his report reached “congruent estimates of global pandemic spread.” These estimates show around 600 million people were already infected with the virus before the end of November 2020, not taking account of infections in the bulk of Africa and Asia. Adjusted to include national statistics of viral infection from these regions, Ioannidis concluded that around 1 billion people worldwide had come into contact with SARS-CoV-2 before the end of November.

“By extrapolation, one may cautiously estimate [approximately] 1.5 – 2.0 billion infections as of 21 February 2021 (compared with 112 million documented cases),” Ioannidis said. “This corresponds to global IFR [of approximately] 0.15%,” a figure, he noted, that is “open to adjustment for any over- and under-counting of COVID-19 deaths.”

Although Ioannidis provided a generalized estimate, he noted that large discrepancies exist in the actual IFR in localized areas, such as specific countries, and even inside regions within a nation’s borders. As an example, he pointed to the disparity in fatality rates related to COVID-19 between disadvantaged New Orleans districts and the affluent Silicon Valley.

“Differences are driven by population age structure, nursing home populations, effective sheltering of vulnerable people, medical care, use of effective or detrimental treatments,” he explained. “IFR will depend on settings and populations involved. For example, even ‘common cold’ coronaviruses have IFR [of approximately] 10% in nursing home outbreaks,” almost 67 times greater than the average global IFR of COVID-19, per Ioannidis’ study.

Among his findings, Ioannidis flagged a “problematic” reliance on “[c]orrection of COVID‐19 death counts through excess deaths” to show COVID as causing widespread mortality. Ioannidis noted that excess deaths reflect “both COVID‐19 deaths and deaths from measures taken,” to wit, the deadly impact caused by lockdown measures.

Ioannidis went on to explain that “[y]ear‐to‐year variability [in excess deaths] is substantial,” especially when adjusted for age categorizations. On account of the widely varying death toll, such comparisons with the multiple average year-to-year fatality rates “is naïve, worse in countries with substantial demographic changes,” Ioannidis claimed.

As an example, the eminent professor pointed to Germany, which recorded an excess of 8,071 deaths in the first wave of COVID-19, from week 10 to week 23 last year. This excess, when adjusted for demographic changes, “became a deficit of 4926 deaths.” In other words, the death rate dropped far below what might otherwise have been expected.