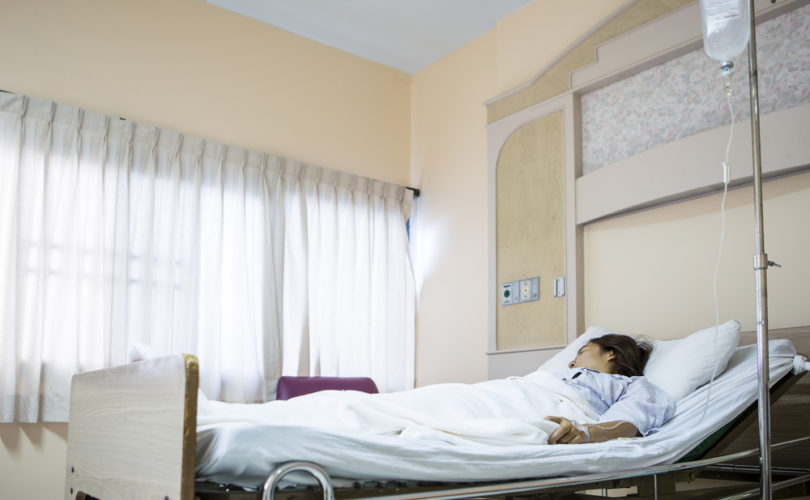 Patients in what doctors call a “persistent vegetative state” may be much more aware of their surroundings than previously believed, according to a new study from the University of Western Ontario.

The study’s authors, neuroscientists Lorina Naci and Adrian Owen, put 12 healthy volunteers in an fMRI machine and showed them an 8-minute condensed version of a 1961 Alfred Hitchcock Presents episode called “Bang!  You’re Dead!” while scanning their brains for reactions.  The suspenseful plot depicts a little boy carrying a partially loaded gun – which he believes is just a toy – walking around his neighborhood pointing the weapon at people and pulling the trigger.

Naci and Owen found that in healthy participants, the frontal parietal brain regions – which control attention – became more active during tense moments, and that the activity built in intensity until the episode’s climax, when the boy almost hits the family maid with a real bullet.  The brain activity tracked closely with the way the healthy subjects reported feeling as they watched the film, indicating a strong connection between their brain’s reaction and their emotional response.

Next, the pair put a 35-year-old man who had been unresponsive since age 17 into the machine and showed him the same film.  Although he could not tell the researchers how he was feeling, the fMRI revealed nearly identical responses in his frontal parietal brain region, indicating that he was not only aware of the video, but able to follow the plot.

“The patient's brain response to the movie suggested that his conscious experience was highly similar to that of each and every healthy participant, including his moment-to-moment perception of the movie content, as well as his executive engagement with its plot,” the scientists wrote.

In order to check their work, Naci and Owens repeated the test on two more groups of healthy volunteers.  One group was asked to perform a simple task while watching the film to track how closely they were paying attention to the plot.  The other group was shown a completely different version of the video.

“We created a movie that was completely scrambled by putting the frames in a random order with no detectable plot,” Naci told The Verge.  Healthy patients still reacted to the video, but only in the sensory parts of the brain — not the frontal parietal region, which controls conscious thought. “This was a big result for us,” Naci said, because it proved that “the activity wasn’t just [the result] of some automatic triggering.”

A second unresponsive patient was also shown the film and tested, but she didn’t show any conscious response to the plot.  Still, Naci said the study could lead to improved diagnoses for many individuals suffering from significant brain damage.

“For the first time, we show that a patient with unknown levels of consciousness can monitor and analyze information from their environment, in the same way as healthy individuals,” Naci said in a statement.  “We already know that up to one in five of these patients are misdiagnosed as being unconscious and this new technique may reveal that that number is even higher.”

Currently, fMRIs are rarely used to analyze brain function because the test is very expensive.  Instead, doctors ask patients to react to a variety of stimuli and make their diagnosis based on their responses.  But Naci and Owen argue this isn’t good enough.  They want to see fMRI analysis become widespread in order to reduce the number of patients who are falsely classified as unresponsive, and maybe even give patients more control over their own care.

Today, most patients diagnosed as being in a so-called “persistent vegetative state” have their medical decisions made by family members.  Such was the case in the high-profile dehydration and starvation death of Terri Schiavo, whose husband fought a court battle to have her feeding tube and IV fluids removed over the objections of her parents and brother, who insisted she was conscious.

According to Naci and Owen, fMRI analysis could prevent such situations in the future by allowing physically unresponsive patients to communicate their desires with a thought.

“This approach can detect not only whether a patient is conscious, but also what that patient might be thinking,” Owen said in a statement.  “Thus, it has important practical and ethical implications for the patient's standard of care and quality of life.”