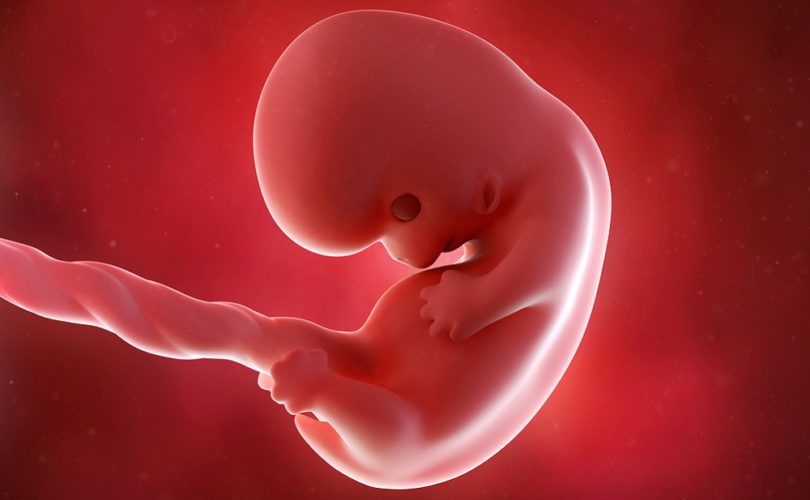 January 21, 2020 (Society for the Protection of Unborn Children) — Unborn children may feel pain before the 24-week abortion time limit, meaning they would physically suffer when being aborted. Dr Anthony McCarthy, SPUC Director of Research said: “A society that claims to take seriously animal pain should not shrink from confronting pain inflicted on young human beings in the name of 'choice'.”

The new research paper, Reconsidering Foetal Pain, published in the Journal of Medical Ethics, indicates that unborn children may be able to feel painful sensations as early as 13 weeks.

The medical researchers, one of whom identifies as 'pro-choice', argue that to act as if we have certainty that the fetus does not ever feel anything akin to pain “flirts with moral recklessness.”

Dr McCarthy said: “We welcome the re-opening of the fetal pain debate in this important paper. Making death painless for the one killed does not, however, mean that taking life is thereby justified. Women who are rightly concerned not to cause pain to their baby even as early as 13 weeks should be offered, not alternative ways of aborting the baby but support to allow their child to live.”

Methods Of Abortion In The United Kingdom

In 2018 in the UK, 218,518 unborn children were killed by abortion. Unborn children are aborted for any reason until the 24th week of pregnancy and then can be legally be aborted until and during birth if suspected of having a foetal anomaly.

Chemical abortion, also known as medical abortion, is the most common method used to terminate unborn children in the United Kingdom. This involves the mother consuming two drugs, mifepristone and misoprostol, which are used to starve the unborn child of nutrients and then flush them out of the mother's body. One of the UK's largest abortion providers, British Pregnancy Advisory Service 'BPAS', recently updated their information regarding chemical abortion stating that women “may see large blood clots or the fetus at the time of the abortion”, some “as big as a lemon.”

Surgical abortions are typically performed between 5 and 13 weeks of pregnancy. A suction catheter is inserted into the womb where the unborn baby is then ripped apart and squeezed down the catheter. A curette is used to scrape the lining of the uterus to ensure all body parts are removed.

Surgical abortions that are carried in the second trimester of pregnancy involve using a sopher clamp to grasp and rip the limbs of the child. The head is clamped and crushed and the abortionist must assemble the body parts on a tray to ensure no remains are left in the womb.