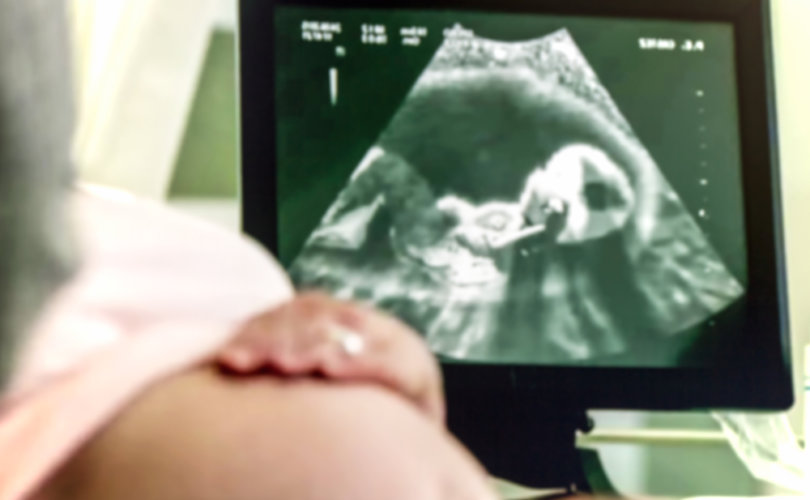 December 4, 2018 (Society for the Protection of Unborn Children) – In March this year, we reported on a study from Trinity College Dublin which found that babies move around in the womb because they are trying to develop strong bones and joints. Now, scientists at University College London may have discovered another reason why unborn babies kick.

A study published in the journal Scientific Reports suggests that foetal movements enable a baby to construct a basic brain network so that it can understand what part of the body is moving and how it is being touched.

The team analysed the brainwaves of 19 two-day-old infants, some of whom were premature and were therefore assumed to be acting as if they were still in the womb. Using noninvasive electroencephalography (EEG) researchers found that when the babies kicked, a region of their brains that is linked to sensory input, known as the somatosensory cortex, was activated.

The size of these brainwaves was largest in premature babies in the equivalent of the last trimester, and were no longer triggered by movement once the infants turned a few weeks old.

“Spontaneous movement and consequent feedback from the environment during the early developmental period are known to be necessary for proper brain mapping in animals such as rats. Here we showed that this may be true in humans too,” study author Dr Lorenzo Fabrizi said.

Mothers start feeling movements between 16-25 weeks gestation (though spontaneous movement starts at 7 weeks). Apart from shedding light on this aspect of pregnancy, this research could also be used to help premature babies.

“We think the findings have implications for providing the optimal hospital environment for infants born early so that they receive appropriate sensory input,” said co-author Kimberley Whitehead, a clinical physiologist. “For example, it is already routine for infants to be 'nested' in their cots – this allows them to 'feel' a surface when their limbs kick, as if they were still inside the womb.” “As the movements we observed occur during sleep, our results support other studies which indicate that sleep should be protected in newborns, for example by minimising the disturbance associated with necessary medical procedures.”

Mothers might be glad to know that there is a reason for all the kicking, especially as another recent study found that a baby's kick has more than 10 lbs of force – more than hitting a tennis ball!