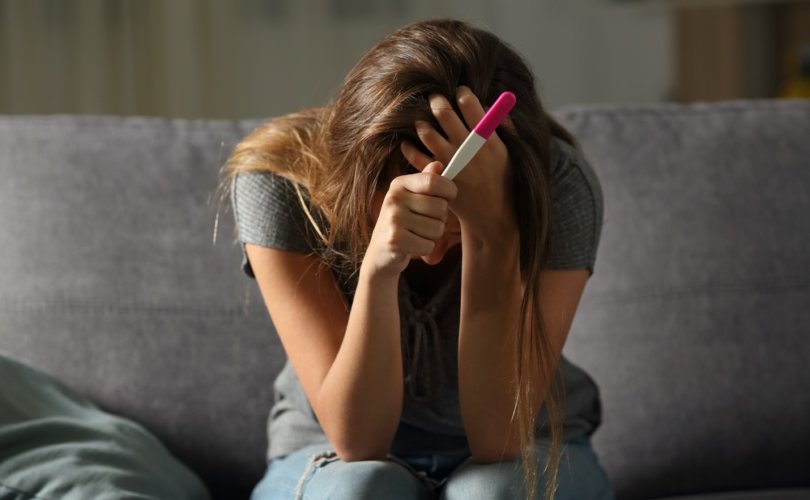 The survey, commissioned by Live Action and conducted by the Polling Company, Inc., assessed the attitudes of a representative sample of Americans, 95 percent of whom are registered voters. The survey found that, when given information about the abortion pill and how it affects women and children, Americans are much more likely to oppose the drug than support it.

The abortion pill is a drug called mifepristone (most commonly sold as the brand Mifeprex) and works by blocking the pregnancy hormone progesterone, causing a developing child to die of starvation. More than 3.7 million children have been killed by the abortion pill, and 24 women’s deaths have been recorded through 2018. The abortion pill can lead to maternal death via severe blood loss, infection, or an undiagnosed ectopic pregnancy. In fact, it is four times more dangerous for women than surgical abortion.

More women than men shifted their opinion against availability of the abortion pill, with a notable swing of 29 percentage points among suburban women. When those who changed their minds were asked an open-ended question about why, the top two responses were seeing information about prenatal development and understanding that the abortion pill works by killing a human life or a baby.

Lila Rose, Founder and President of Live Action, said that the survey results are crucial to informing the pro-life movement’s next steps toward the goal of seeing the abortion pill banned in the U.S.:

Live Action’s survey confirms that accurate medical information on the procedure and prenatal embryology shifts hearts and minds away from the abortion pill. And accurate medical information is exactly what the abortion industry doesn’t want women and the public to have. While the abortion industry plots to expand the abortion pill at the expense of children’s and women’s lives, human rights groups and medical associations are working to sound the alarm and stop the bloodshed. Every American needs to know what this deadly drug does to children and women. Live Action’s survey takes the pulse on the American public and provides a blueprint for our next steps to stop the killing and ban the drug.