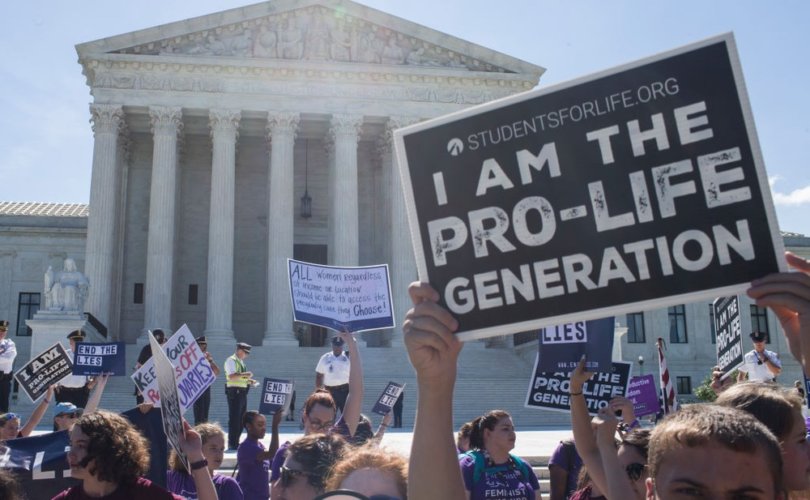 NEW YORK, July 3, 2020 (C-Fam) – In a decision that may have far-reaching implications for the pro-life cause internationally, the Supreme Court ruled on Monday that foreign organizations don’t have free speech rights under the U.S. Constitution.

The Supreme Court may have crushed the hopes of pro-life advocates at home in the June Medical Services ruling, but it left open the door to pro-life advocacy abroad in Alliance for Open Society International. The decision about U.S. conditions to foreign aid will likely help ward off future legal challenges to the Mexico City Policy, a Republican party policy that denies U.S. funding to foreign groups that promote abortion.

The Alliance for Open Society International case involved a challenge to a pledge against prostitution required of foreign organizations as a condition to receiving U.S. grants to combat HIV/AIDS.

According to many organizations working in the HIV/AIDS relief field it is better legally permit “sex-work” than criminalizing it. They say this is necessary to help prostitutes access HIV/AIDS services sand diminish the spread of the virus.

The U.S. organizations whose foreign affiliates were required to take the pledge challenged the pledge in court. They claimed their speech rights were denied because they were compelled to speak a message inconsistent with their mission. They argued corporate formalities do not determine the bounds of frees speech rights under the U.S. Constitution.

“[I]t is long settled as a matter of American constitutional law that foreign citizens outside U. S. territory do not possess rights under the U. S. Constitution,” reads the majority opinion penned by Justice Kavanaugh. Kavanaugh was joined by five of the nine Supreme Court Justice along the liberal/conservative divide. Justice Elena Kagan recused herself, likely because her work with the Justice Department under the Obama administration may have touched upon the anti-prostitution pledge.

The majority of the Court recognized in the opinion that the implications of extending speech rights to foreign NGOs could be far reaching for U.S. foreign policy and national security. During oral arguments, the Trump administration argued it would make it difficult to require foreign NGOs to take a position against Islamic terrorism as well as invalidate conditions on U.S. funds like the Mexico City Policy.

Under the Bush administration the pro-abortion legal group Center for Reproductive Rights challenged the policy as a violation of free speech, along similar lines as the Alliance for Open Society International case. The Mexico City Policy is often disparagingly called “Global Gag Rule” by abortion advocates.

Supreme Court Justice Sotomayor dismissed the challenge in 2003 while she was an appellate judge. In her opinion she wrote that foreign organizations did not possess free speech rights, based on federal appellate court precedents. But she wrote in her opinion at the time, that the Supreme Court could change that.

Fast forward almost twenty years and Justice Sotomayor had a chance to do just that. Except, she was on the minority. Justice Sotomayor joined the dissent authored by Justice Stephen Breyer in Alliance for Open Society International. Breyer sided in favor of expanding the free speech rights of U.S. organizations to foreign entities.

“[I]n the First Amendment context, the corporate veil is not an iron curtain,” Justice Breyer wrote, arguing against a formal limitation to free speech rights based on corporate law.

Along the lines of the Alliance for Open Society International briefs he argued, “Audiences everywhere attribute speech based on whom they perceive to be speaking, not on corporate paperwork they will never see.”

As the Friday Fax reported in May, Sotomayor seemed eager to judicially rescind the Mexico City Policy. During oral arguments, she mistakenly brought up abortion in an exchange about the anti-prostitution pledge.