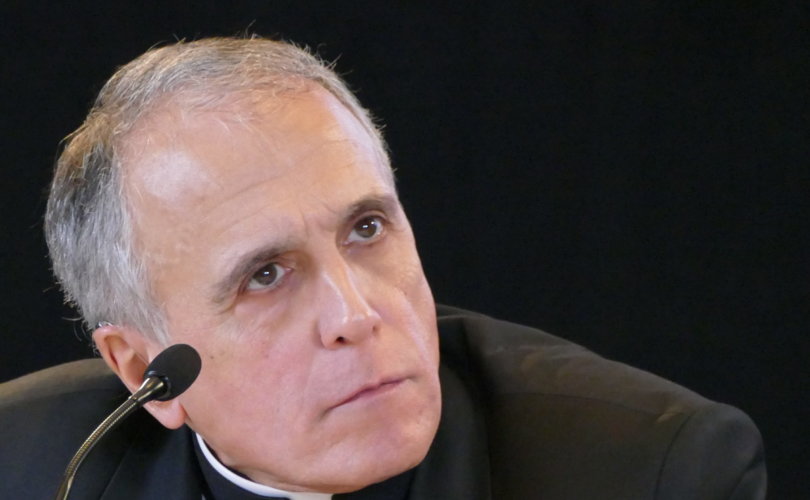 Cardinal Daniel DiNardo, the new president of the U.S. Catholic bishops' conference, speaks to the press after his election.

“Pro-life issues are very dear to me,” said Cardinal Daniel DiNardo, the newly-elected USCCB President. “I used to be the chair of the pro-life committee for the bishops’ conference.”

He said when considering the U.S. bishops' response to the pro-abortion Affordable Care Act and the possiblity of its repeal under a Trump administration, Catholics should consider the words of “great and beloved” late Cardinal Francis George.

DiNardo recalled that George said Catholics support a healthcare system in which “Everyone gets helped, no one gets killed.”

“One of the responses of the bishops to what was happening as the Affordable Care Act and all its details came through” had to do with conscience issues related to abortion and contraception, DiNardo said. “We are in favor of care for people, particularly those who are vulnerable,” he said, but the issue becomes, “what is considered care?”

“There are issues that are essential for our Catholic faith, as Cardinal DiNardo was talking about,” Vice President-elect Archbishop Jose Gomez said, like “the understanding of the human person.” Some issues have “different value,” Gomez continued.

“We would like to see the Hyde Amendment extended as it’s always been every year,” said DiNardo. He expressed his hope that the U.S. bishops “can sit down with the [new] administration” and see in what areas they can work together.

“I have to admit at this point, I’m not sure where the administration is coming from,” on religious liberty and pro-life matters, said DiNardo. “They haven’t quite yet made [that] known.” But he noted, “In preparations for the elections, comments have been made relative to certain pro-life issues, appointments of judges.”