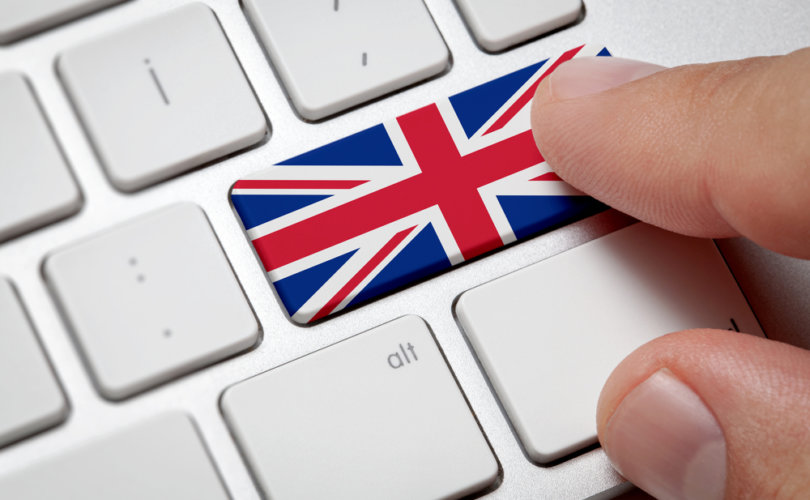 LONDON (LifeSiteNews) — British government ministers have included recommendations to criminalize those who publish “knowingly false information” as part of the proposed Online Safety Bill, with those convicted facing two years in prison.

A slew of new offenses was recommended to be added to the U.K.’s draft Online Safety Bill by the Law Commission — an independent British legal body made up of judges, solicitors, and barristers who advise reform periodically — and is expected to be raised in Parliament on December 10, when the bill officially begins its journey through Britain’s legislature.

The Department for Culture, Media and Sport embraced the Law Commission’s recommendation “for crimes to be based on ‘likely psychological harm,’” The Times reported, creating new offenses related to “threatening communications” and “false communications.”

The intended focus of the revised offenses is purportedly to place less emphasis on the “content of a communication,” centering rather on its “potentially harmful effects.” This represents a significant broadening of the current standard of criminal assessment, which is based on whether a communication is “grossly offensive or indecent.”

“We believe this will more effectively protect freedom of expression and avoid over-criminalisation while better targeting the myriad types of harmful communications,” the Law Commission wrote.

Accordingly, the government will consider whether to criminalize the publication of a “knowingly false communication,” described as sending or posting a message which is “intended to cause non-trivial emotional, psychological or physical harm to a likely audience.” According to The Times, a government insider suggested that “false information” around vaccines could be prosecuted.

In addition, the proposal suggests an offense against “pile-on harassment,” by which individuals who join in sending messages deemed harmful, though not initiating the supposed harassment, can be prosecuted.

Given that the government has altered its position on various aspects of the COVID-19 shots currently being rolled out en masse, earlier in the year championing the effectiveness of the jabs against the spread of COVID to then admitting that they do not prevent the spread thereof, implementing the legislation could prove problematic.

The Law Commission noted that the application of any “harm-based communications” or “knowingly false communications” offense should include an exemption for the press, focusing its attention on “public posts on social media sites like Twitter or Facebook, individual comments on such posts or below an online newspaper article.” The recommendation also applies to private “one-to-one messages.”

Conservative MP David Davis commented that the legislation would likely prove “catastrophic” for freedom of speech, telling Sky News that the bill represents “a good example of the best of intentions leading to the worst of outcomes.”

Characterizing the proposal as a “Censor’s Charter,” Davis highlighted the effects the bill would have on social media, essentially handing Big Tech carte blanche to remove posts regarded as contentious, especially since Ofcom, the communications regulator in Britain, would be able to impose fines stretching into billions of dollars.

“You can be sure that in any area of controversy — political issues, culture wars, or even COVID science — there will be plenty of people complaining and demanding a post be taken down,” Davis said.

“With Silicon Valley mega corporations as arbiters of the truth, anything that appears online and can be characterised by someone as misinformation could be censored … The chilling effect on free speech will be terrible.”

The former cabinet member noted that “[l]obby groups will be able to push social networks to take down content they view as not politically correct, even though the content is legal.”

“The idea we should force Silicon Valley companies to police Briton’s speech online, seems out of Orwell’s 1984, and is not what our voters expect of us,” he added.

David Kurten, leader of the pro-family, pro-tradition Heritage Party, echoed Davis’ concerns, telling LifeSiteNews via email that the Online Safety Bill “will essentially put an end to free speech in the U.K.”

Regarding the inclusion of offenses against speech which cause “psychological harm” or are “knowingly false,” Kurten said that the terms are “ill-defined.” He noted that the definitions will “likely be decided by the army of diversity officers paid to defend wokery, and government agents who do not wish official narratives to be challenged.”

A government spokesman defended the bill, suggesting that the updated offenses are simply a way of “making our laws fit for the digital age.”

“Our comprehensive Online Safety Bill will make tech companies responsible for people’s safety and we are carefully considering the Law Commission’s recommendations on strengthening criminal offences,” he said.

Countering, Kurten explained that “the trouble with criminalising nebulous concepts like ‘psychological harm’ is that anybody can allege a criminal offence for just about anything.”

The homosexual and transgender lobby, he said, “could allege a crime against anyone defending the biological fact that there are two sexes.” In like manner, “Muslims could pursue criminal action against anyone they think has offended Muhammed, and anyone who is the butt of a comedian’s joke or a satire piece could press charges.”

“Even more insidiously, the government is likely to become the arbiter of what is ‘knowingly false information’ and will require police forces to lock people up for ‘spreading’ it.”

Kurten lamented the emergence of “misinformation” accusations, leveled against “citizens who have questioned the official COVID narratives” since the onset of the novel coronavirus, as well as those who have stated “the effectiveness of the natural human immune system in fighting SARS-CoV-2, the efficacy of hydroxychloroquine and ivermectin, or pointed out the increasing number of severe adverse health events related to injections of experimental mRNA or genetically modified chimp virus, whose manufacturers have no liability.”

“If this Orwellian bill becomes an act,” Kurten said, “such citizens are likely to face criminal charges and prison sentences for speaking the truth. It should be binned before the U.K. turns into a totalitarian police state.”