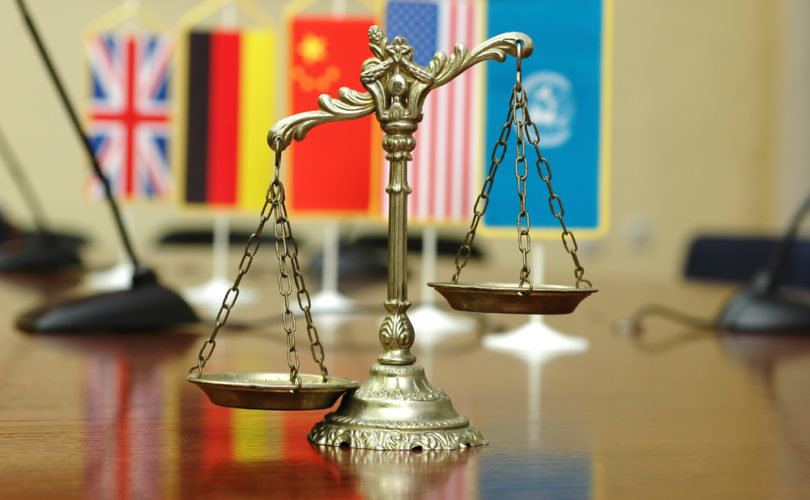 Identifying such norms has always been understood as a very difficult endeavor, and one to be undertaken sparingly, even as claims of customary international law have multiplied.

On the surface the new guidelines adopt a traditional approach to the identification of new international norms. They require the same two-step process to identify new norms, that is, the general practice of states and the understanding of legal obligation. But the guidelines change this and have made the practice requirement fairly easy to meet. Simply put, they seem to have dropped the number of states needed to show general or universal state practice.

Instead of requiring near universal, if not universal, practice from states, as many believe the case should be, the commission only asks that state practice be “sufficiently widespread and representative” following the lead of the International Court of Justice.

Even the current progressive U.S. administration took issue with this approach, and told the commission that “strict requirements for extensive and virtually uniform practice of States, including specially affected States” should qualify the current wording in the draft.

The U.S. also complained about the overall “tenor” of the rules, and the possibility that they could be “misleading,” disagreeing that non-binding resolutions and other acts of international organizations, such as the UN, should be given much weight as evidence of new customary law.

The draft also expands the areas of law subject to customary rule making.

Efforts have been underway for several decades to lower the bar to identify customary international law, usually failing because of concerns about abuse and frivolity. The guidelines from the International Law Commission once again raise the specter of unscrupulous lawsuits and judicial overreach to establish new international obligations, including a human right to abortion.

The draft principles, emanating from one of the most authoritative bodies on international law, perhaps second only to the International Court of Justice, purports to settle widespread questions about what is undoubtedly the most unsettled area of international law, and their likely influence cannot be understated.

The 16 principles so far identified by the commission were ostensibly drafted to assist lawyers and judges in asserting and adjudicating claims about customary international law.

The next step of the project is creating detailed explanatory notes for each principle by next summer, when the commission is expected to finalize the guidelines.