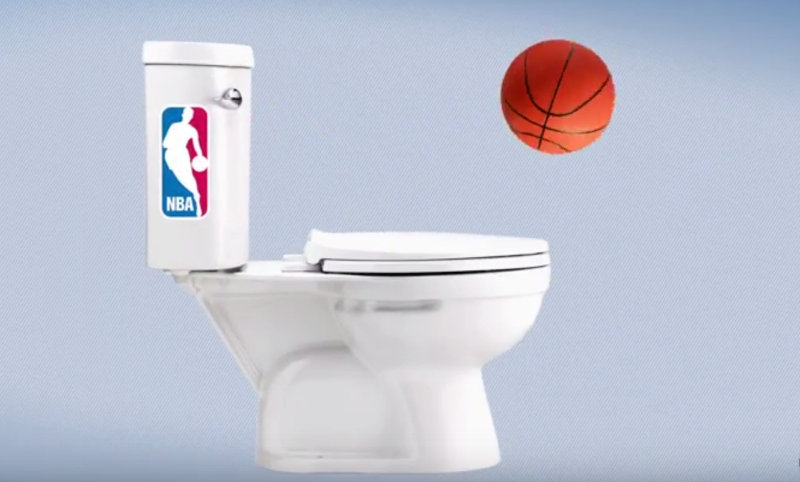 CHARLOTTE, August 4, 2016 (LifeSiteNews) – The NBA is receiving a one-two punch of criticism for pulling the All Star Game from North Carolina over the state’s restroom privacy law, while holding pre-season games in China.

The Family Research Council released a new video on Thursday highlighting the perceived hypocrisy in the sports league's decision to punish Americans who hold traditional values while turning a blind eye to the practices of the communist nation.

“Is the NBA saying that China’s discrimination towards women, religions, and people groups is acceptable, but North Carolina stopping local government from forcing businesses to allow men in women’s showers, locker rooms and restrooms is wrong?” the ad asks.

The congressman, whose district includes portions of Charlotte, asks National Basketball Association Commissioner Adam Silver to “please justify how you can be engaged with a country who has flagrantly violated human rights with forced abortions and selling vital human organs.”

“What is the NBA’s true priority?” Rep. Pittenger asks in the letter, which was sent on July 21.

The same day, the NBA issued an unattributed statement that said, “While we recognize that the NBA cannot choose the law in every city, state, and country in which we do business, we do not believe we can successfully host our All-Star festivities in Charlotte in the climate created by H.B. 2,” the restroom privacy law signed by Governor Pat McCrory.

State legislators passed H.B. 2 in response to a Charlotte city ordinance that would have punished business owners if they did not allow members of one biological sex to use the intimate facilities of the opposite sex.

The U.S. State Department’s annual report on human rights classifies the People’s Republic of China as “an authoritarian state” in which “repression and coercion markedly increased” in 2015, including the oppression of racial minorities, Christians, and dissidents of all varieties. It also continues performing millions of forced abortions every year.

“There seems to be a gross lack of judgment and moral clarity,” Rep. Pittenger wrote.

The FRC video says Silver and NBA officials are “more concerned with pleasing the politically correct crowd” than their fans’ safety.

A recount completed in June confirmed that Pittenger, a member of the House Freedom Caucus, won his Republican primary against challenger Mark Harris by 133 votes.

His letter reads in full:

Last week, I met with constituents from China who outlined the Chinese government practice of forcefully harvesting vital organs as part of their oppression of religious minorities. Meanwhile, the NBA will start selling tickets for preseason games in China next week.

Is the NBA implying China’s abhorrent violation of basic human rights is acceptable, but North Carolina saying men shouldn’t use the girls’ locker room is a bridge too far? What is the NBA’s true priority? The unmistakable hypocrisy is clear to me.

Please justify how you can be engaged with a country who has flagrantly violated human rights with forced abortions and selling vital human organs. There seems to be a gross lack of judgment and moral clarity.