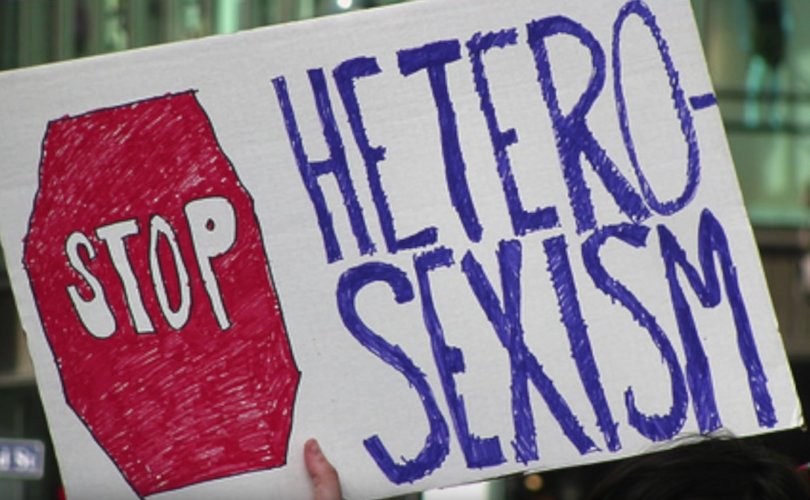 NEW ZEALAND, September 13, 2016 (LifeSiteNews) — A new hard-hitting video exposes the gender identity crisis and explains how in the name of tolerance, diversity, and freedom that children and families are deliberately being targeted.

Produced by Family Life International NZ, the video, Family Planning’s Manufactured Gender Identity Crisis, delves into the concept of identity and the direct and deliberate attack on sexual norms that entices people to give in to selfish whims and fantasies.

Michael Loretz, who fronts the video, points out that this kind of thinking leads people to “lose the ability, and in the end, the will, to forge strong families of their own.”

While aimed at New Zealand parents and all people of good will, the video has a message that everyone concerned for the welfare of children and the dignity of the human person needs to hear.

The insidious push for society to accept that people can choose which gender they are, and that their gender is something other than male or female, is a dangerous ideology sweeping the world.

The influence has now become so entrenched in societal thinking that at the recent Olympics two males entered female events and everyone, including the female contestants, was expected to warmly embrace their participation in the name of diversity.

In New Zealand, there are many organizations pushing the gender agenda, but leading the charge is Family Planning, an affiliate of the International Planned Parenthood Federation.

“Family Planning have hijacked the sexuality education of our children from Kiwi parents,” Loretz says, “and they are now taking advantage of their powerful influence to twist the truth and convince young children to accept a web of lies about sex and sexuality that will ultimately ruin their lives, rob them of their innocence and confuse them about the very thing Family Planning claim to be protecting — their true identity.”

The organization, whose tag line is “positive sexual health,” produced a resource for schools in 2002 entitled “Affirming Diversity.” The document has recently been updated and encourages school children as young as five to identify with any one of the gender variations being proposed because that is what defines their true identity.

Family Planning had significant input into the 2015 Sexuality Guidelines, produced by the Ministry of Education for principals, boards of trustees, and teachers. The document is full of language that supports the gender ideology revolution.

But Loretz stresses that Family Planning and their cohorts have got it wrong. “This whole diversity of sexuality doesn’t have anything to do with the reality of people’s bodies nor does it have any reference to their families, relationships, or love,” he says.  “It simply depends on how you feel, and … you cannot choose how you feel, you have no control over that at all.”

Parents, he maintains, want something different for their children when it comes to sexuality education, and they want to be empowered so they can take up with confidence their role as first teachers of their children.

“Parents want their children to grow in virtue, to develop strong and respectful friendships and to understand that marriage between one man and one woman is the one institution that guarantees children the fundamental right to know and be loved by their own mother and father.”

The video is the second in a series exposing Family Planning New Zealand. It draws on the work of Gabriele Kuby, the author of “The Global Sexual Revolution,” and the American College of Pediatricians, which has asked parents to resist and reject all policies that condition children to accept as normal a life of physical or surgical impersonation of the opposite sex.

In light of the stark evidence that unmasks the reality hiding behind feel-good words of tolerance, diversity, and freedom, Loretz concludes by making a plea to parents. “It’s time for parents to get real and take back the right to educate our children as we see fit and the time to act is now. Our children depend on us to fight for them and to protect them.”