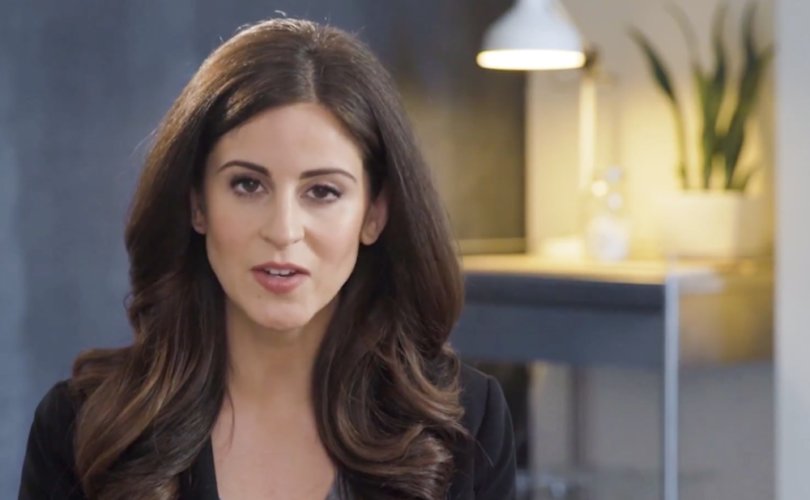 WASHINGTON, D.C., June 15, 2018 (LifeSiteNews) – Live Action released on Thursday the latest in its series of videos detailing how Planned Parenthood has enabled numerous instances of sexual assault, this time focusing on how the abortion giant treats victims in the courtroom.

The “Aiding Abusers” series draws on news reports, eyewitness testimony, and undercover video to expose Planned Parenthood employees’ willingness to provide abortions to girls as young as twelve without reporting signs of statutory or forcible rape to law enforcement. This enables the men who brought the girls in for appointments to bring them home and continue abusing them.

The latest video, “Prosecution,” centers around an interview with Brian Hurley, an attorney who brought two civil cases against Planned Parenthood Southwest Ohio for allegedly covering up the rape of teenage girls. Hurley reveals how the organization’s chief tactic was to attempt to make lawsuits too long and costly to pursue.

“Without over half a billion dollars a year from taxpayers, it would be much harder for Planned Parenthood to litigate these abuse cases for years until they wore victims down, never formally admitting their cover-up of these young girls’ rape,” Live Action founder and president Lila Rose said in a statement. “When Planned Parenthood gets taken to court, it’s the taxpayers who are paying for Planned Parenthood’s defense and helping to put these children through years of litigation and prolonging their agony.”

In both cases, Planned Parenthood performed the abortion and returned the girls to their tormentors without notifying the authorities. Only when a teacher and a coach, respectively, reported their fears to the authorities did the rapists face punishment.

In the second case, the victim even told Planned Parenthood staffers her father was raping her, yet they ignored it. “It was clear to me that they had a duty to report suspected abuse,” Hurley says. “I think known abuse, but, at least suspected abuse. They didn’t. And her father continued to rape her for another year.”

But according to Hurley, the abortion giant’s response to the lawsuits regarding the cases was comparably appalling.

“I will tell you I grossly underestimated what I was getting involved in” when he took the case, Hurley tells Live Action. “I’d been involved in very complex litigation for many years as lead counsel and I thought that would prepare me for litigating against Planned Parenthood. And I was wrong.”

In the video, he describes how Planned Parenthood relied on “limitless” funding for elite lawyers to litigate every aspect of the case down to the pettiest detail to exhaust the plaintiffs’ patience and money, rather than prove the truth in court.

“The majority of the plaintiffs in these cases are very poor people, are people from backgrounds where they don’t have much money,” Hurley explains. “And it’s hard to find lawyers who are willing to spend six years litigating against an organization that is going to require you to devote thousands of hours to litigate those claims. And I think that is something that Planned Parenthood and its lawyers are very good at.”

Notably, Hurley also played a role in exposing past molestation of boys by Catholic priests, by helping bring charges against the Archdiocese of Cincinnati. The mainstream media extensively covered the church scandal at the time and regularly references it years after the fact, yet has been much less interested in Planned Parenthood’s treatment of children.

Hurley calls out that “hypocrisy” in the video, noting that as a devout Catholic he had no problem opposing individuals who committed evil within his church.

“There’s been enough information provided to the press, with Lila Rose for example, when she did her exposés, both with respect to the attempts in those situations, based upon the video I saw, of people at Planned Parenthood coaching girls not to say certain things so they wouldn’t have to report abuse,” Hurley says. “Also, to the videos that talked about the sex trafficking and the prostitution. Clearly, the mainstream media has decided that they don’t want to expose or do an investigation…to find out what is actually going on at Planned Parenthood.”

Previous entries in the series have detailed documented cases in which the abortion giant refuse to report men who brought in girls as young as age twelve for abortions, interviewed former Planned Parenthood insiders describing the culture of indifference to sexual assault they witnessed on the inside, and revisited past Live Action investigations filming Planned Parenthood officials at eight facilities willing to help cover up sexual abuse, and officials at seven facilities willing to assist apparent child sex traffickers.

More installments are forthcoming, which promise to expose additional aspects of Planned Parenthood’s neglect of these crimes and the fallout.

Last week, 56 members of Congress gathered outside the U.S. Capitol to join Rose in calling attention to the scandal and demanding that the Department of Health and Human Services investigate Planned Parenthood’s actions.