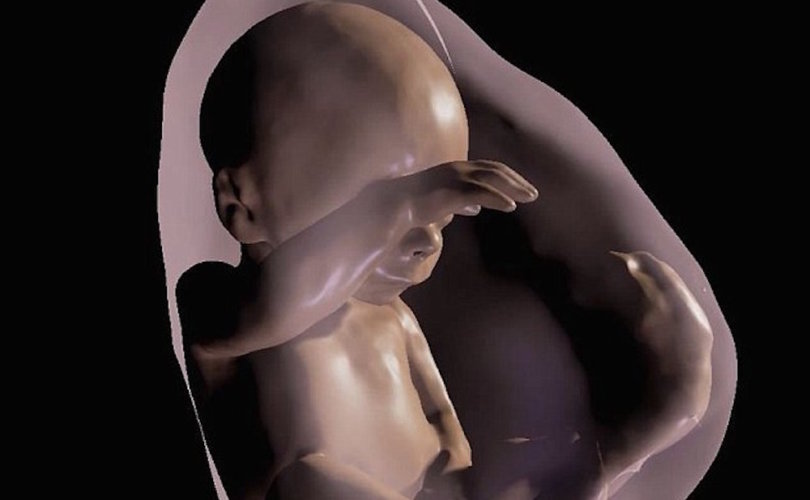 November 24, 2016 (LifeSiteNews) – For the first time, parents can see a fully three-dimensional model of their preborn child.

The result is parents can see the most realistic image of their child in the womb, and, doctors can literally see inside the baby to check for abnormalities.

The technology scans not just the outside, but the inside of the preborn, allowing doctors to check on developing organs and be alerted to any potential problems.  For instance, pediatricians can check to make sure the baby's airwaves are clear, so as to make pre-birth preparations if any blockage is discovered.

Even a 3D model of the baby can be made in virtual reality using the headsets.

Dr. Heron Werner Jr. of the Diagnostic Image Clinic in Rio de Janeiro says the virtual reality technology could help mothers and fathers bond with their children.  “We believe that these images will bring a new experience for parents when following the development of their unborn child,” he said.

Dr. Werner added that the 3D models have the potential to “improve our understanding of anatomical characteristics” and can help educate future pediatricians.

Significantly, the realistic depiction of the preborn child looks just like a newborn.

As prolifers have been saying for the past 44 years, abortionists' pictures of preborn babies are often post-mortem, such that the baby appears inhuman.  But as Dr. Paul Rockwell shares, even the tiniest humans are recognizable in the womb of their mothers.

“Years ago, while giving an anesthetic for a ruptured tubal pregnancy (at two months), I was handed what I believed to be the smallest human being ever seen,” Dr. Rockwell told Gary Bergel.

“The embryonic sac was intact and transparent.  Within the sac was a tiny (one-third inch) human male swimming extremely vigorously in the amniotic fluid, while attached to the wall by the umbilical cord.”

“This tiny human was perfectly developed with long, tapering fingers, feet and toes.  He was almost transparent as regards the skin, and the delicate arteries and veins were prominent to the ends of the fingers.  The baby was extremely alive and did not look at all like the photos and drawings of 'embryos' which I have seen.”

“When the sac was opened, the tiny human immediately lost his life, and took on the (typically shown) appearance of an embryo at this stage, with blunt extremities, etc.”

Professor Charles Kingsland of the Hewitt Fertility Centre in England explained that the new technology has “potential benefits for diagnosing more accurately abnormalities in unborn babies, with the added potential of correcting them earlier.”