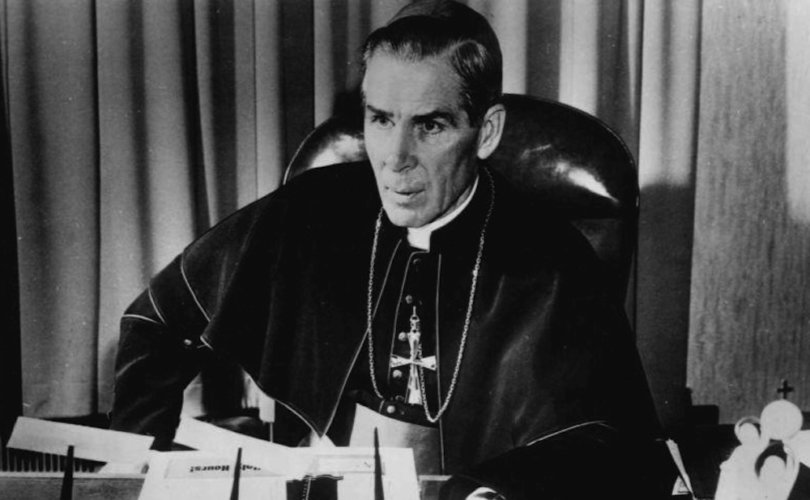 NEW YORK, May 8, 2019 (LifeSiteNews) ― The New York State Court of Appeal upheld a decision allowing a Catholic hero to be disinterred from New York’s St. Patrick’s Cathedral and taken home to his childhood diocese.

The remains of Venerable Fulton J. Sheen might now be transferred to St. Mary’s Cathedral in Peoria, Illinois, according to his family’s wishes.

“After almost three years of litigation, the New York Archdiocese’s legal arguments have now been rejected at all three levels of the New York state court system,” Monsignor James E. Kruse, the vicar general for the Diocese of Peoria, said in a statement.

“Although the New York Archdiocese may technically have legal options remaining, they are contrary to the wishes of Archbishop Sheen and his family, and would serve no genuine purpose except to delay the eventual transfer of Archbishop Sheen’s remains. We call on the Archdiocese of New York to end its litigious endeavors,” Kruse continued.

It is the latest chapter in the story of Sheen’s canonization, a tale that pitted the Diocese of Peoria against the Archdiocese of New York as they fought over the potential saint’s mortal remains.

Ven. Fulton J. Sheen (1895-1979), the first modern American “media priest,” became a household name across the United States during a broadcasting career that spanned five decades. Born in El Paso, Illinois, Sheen was ordained a priest in Peoria in 1919 and  consecrated a bishop in 1951. He served as an Auxiliary Bishop of the Archdiocese of New York from 1951 to 1965. He was then appointed Archbishop of Rochester, a post from which he resigned in 1969.

In 2002, almost 23 years after his death, the Congregation for the Causes of Saints opened the cause for Sheen’s sainthood, prompted by the Peoria diocese. In 2006, testimony concerning two miracles alleged to have occurred through Sheen’s intercession was sent to Rome. In 2012, after the Vatican had sifted through boxes of material on Sheen’s life and ministry, Pope Benedict XVI declared the late archbishop “Venerable.” It seemed as though Sheen would continue to the next stage of the canonization process, called beatification, in no time.

However, in 2014 the Diocese of Peoria announced that the process had been stalled and the Cause “suspended.” Although Sheen might have been beatified in Peoria early in 2015, in order for this to happen, his body would have to be moved from New York to Peoria first. This, however, entailed the permission of the Archdiocese of New York.

“The Holy See expected that the remains of Venerable Sheen would be moved to Peoria where official inspection would be made and first class relics be taken,” the Diocese explained.

“Subsequently, the Archdiocese of New York denied Bishop (Daniel) Jenky’s request to move the body to Peoria. After further discussion with Rome, it was decided that the Sheen cause would now have to be relegated to the Congregation’s historic archive.”

According to the Diocese of Peoria, the Archdiocese of New York had earlier promised to transfer Sheen’s corporal relics:

“Countless supporters, especially from the local church in central Illinois, have given their time, treasure and talent for this good work with the clear understanding that the body of Venerable Sheen would return to the Diocese,” the diocese’ statement continued.

“Bishop Jenky was personally assured on several occasions by the Archdiocese of New York that the transfer of the body would take place at the appropriate time. New York’s change of mind took place as the work on behalf of the cause had reached a significant stage.”

Sheen’s niece also wished his remains to be transferred to Peoria so that the cause for his sainthood could continue going forward. On November 17, 2016, the Supreme Court of the State of New York ruled in favor of Sheen’s family. Days later, Cardinal Timothy Dolan appealed the decision and requested an injunction, blocking the transfer of Sheen’s body from St. Patrick’s to St. Mary’s Cathedral and thus stalling the beatification process again.

The New York diocese, which insists that it was following Sheen’s wishes in keeping his remains, has stated that the Vatican has indicated the beatification could go ahead without a transfer to Illinois.