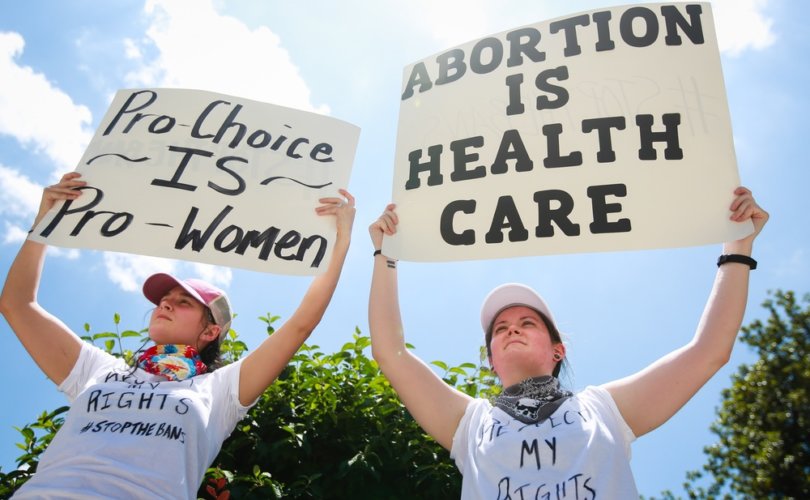 NEW YORK, December 10, 2019 (LifeSiteNews) – A proposed law in the state of New York will make it compulsory for all public universities to provide abortion pills to students at the taxpayers’ expense.

State assemblyman Harvey Epstein of the East Side of Manhattan introduced the bill to the New York State Assembly on November 25. The bill states:

Each public college student health center shall make available to all students abortion by medication techniques onsite. This service shall be provided by medical professionals on staff at such student health centers or by a third party who has contracted with a university to provide such medical services.

The new proposed law would also create what it calls the “public college student health center abortion by medication fund.” This fund would receive both taxpayer and private contributions.

The abortion pill – “medication abortion” or “chemcial abortion” – is actually two pills, one to deprive a developing pre-born baby of the nutrition he needs and then one to induce contractions. The first pill is mifepristone, the second misoprostol. Chemical abortions are used on babies younger than nine or 10 weeks old.

“What it doesn’t help finance are campus child care centers, any kind of desperately needed prenatal care,” she said. “These are the impediments that interfere with women’s ability to carry unplanned pregnancies to term, to choose life for their children and also have a career.”

Earlier this year, California passed similar legislation ordering universities to dispense abortion pills. As California was considering that legislation, Students for Life of America President Kristan Hawkins warned about the dangers of “toilet bowl abortions” – “young women hemorrhaging, bleeding out in their dorm rooms or on their communal bathroom toilet.”

Similarly to the pro-abortion legislators in California, Epstein has cited the potential of students missing classes to abort their babies as a reason for why the legislation should be supported. He said: “Students who want to end an unintended pregnancy have to travel to off-campus providers, potentially missing classes and disrupting their studies.”

According to a 2018 report by the Food and Drug Association (FDA), 22 women in the U.S. have died as a result of having taken abortion pills.

Medication abortions can be reversed using the abortion pill reversal protocol. The abortion lobby, including the American Medical Association, is suing North Dakota over its new law mandating that women be informed of this possiblity before beginning their abortions. Kansas Gov. Laura Kelly, a Democrat, vetoed similar legislation in April 2019.

The college abortion pill mandate has now been referred to the Assembly’s Higher Education Committee, but is likely to pass given the current approach to abortion by New York’s legislators. In January, New York passed legislation which effectively allows for abortion at any time and for any reason. New York lawmakers cheered when the legislation passed. Their reaction was then strongly criticized by President Donald Trump in his State of the Union address in February.

“There could be no greater contrast to the beautiful image of a mother holding her infant child than the chilling displays our nation saw in recent days,” Trump said. “Lawmakers in New York cheered with delight upon the passage of legislation that would allow a baby to be ripped from the mother's womb moments before birth.”