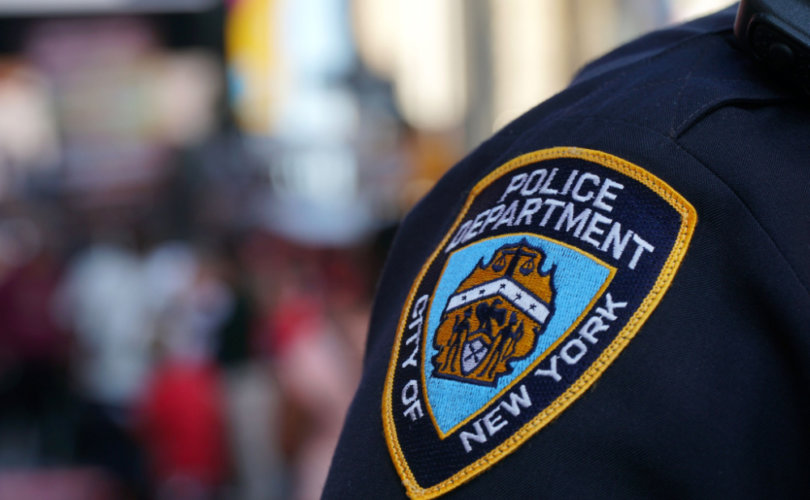 (LifeSiteNews) — Members of a police union in New York City recently won a lawsuit challenging the COVID-19 vaccine mandate, but the decision is being appealed by the city and the fight will continue.

Last Friday, a judge ruled that the vaccine mandate for members of the Police Benevolent Association (PBA) was “invalid to the extent that it has been used to impose a new condition of employment to current PBA members.”

The order included a call for the reinstatement of any members of the PBA who were “wrongfully terminated” or put on unpaid leave.

The following Tuesday, PBA president Patrick Lynch issued another update on the situation, informing members that the “City immediately filed its intention to appeal the ruling and indicated that it does NOT intend to comply with the ruling while that appeal is pending.”

Lynch wrote that members of the union who had previously submitted exemption requests were denied.

“When we contacted the Department following Friday’s ruling, they indicated that they intend to proceed with placing those members on LWOP [leave without pay] and/or terminating them, in clear violation of the judge’s order,” the statement continued. “We have issued a letter to the City’s Corporation Counsel notifying them that we will immediately move to have the City held in contempt of court if members are placed on LWOP and/or terminated.”

Shortly after, Lynch sent another update. The union’s president explained that the city decided “they are reversing course” after the organization indicated a response of holding the city in contempt.

“Please be advised that the New York City Police Department has been notified that no member of the Police Benevolent Association may be placed on leave without pay or terminated due to their non-compliance with the vaccine mandate,” the city’s letter states.

“While we are glad that the City has decided to comply with the order in this respect, we will continue to press for the City’s full compliance, including the reinstatement of any members who were terminated or placed on LWOP due to the mandate,” Lynch wrote.

New York City’s vaccine mandates for workers has been met with consistent backlash over the past two years, with first responders taking a particularly strong stand against the protocol.

Tom Lapolla, former battalion chief for the New York City Fire Department (FDNY), was forced into retirement during the mandate.

“I worked through the pandemic from the onset until its decline,” Lapolla told LifeSiteNews in a statement. “As the pandemic waned, there were rumors that the city would implement mandates for city workers. Unfortunately, those rumors were true.”

When the mandate took effect, Lapolla said that he planned “to take one month at a time until the mandate was hopefully either lifted as a result of court intervention, a new administration, or common sense.” He added that “neither occurred.”

“I was informed I MUST retire in order to utilize the time I had earned or I would lose it being placed on leave without pay since I did not receive ‘the jab.’”

Lapolla explained that there were only two options for city workers. They must either accept the experimental vaccine or accept leave without pay, which he also referred to as “forced retirement.”

“Those who opposed the jab but could not bear the financial burdens imposed by option 2 were coerced. They did not voluntarily comply as the mayor suggests.”

A group of firefighters banded together to form “Bravest for Choice,” which organized two huge protests demanding an end to the vaccine mandate for all city employees. The first demonstration took place in November 2021, coinciding with an international rally against global medical tyranny. More recently, city workers gathered in February 2022 as 4,000 employees faced losing their jobs due to the mandate.

A citywide press conference to “end all the mandates” was initially scheduled for Wednesday but has been postponed until October 12.

NYC Mayor Eric Adams has fired over 1,750 city employees for refusing to get the COVID jab