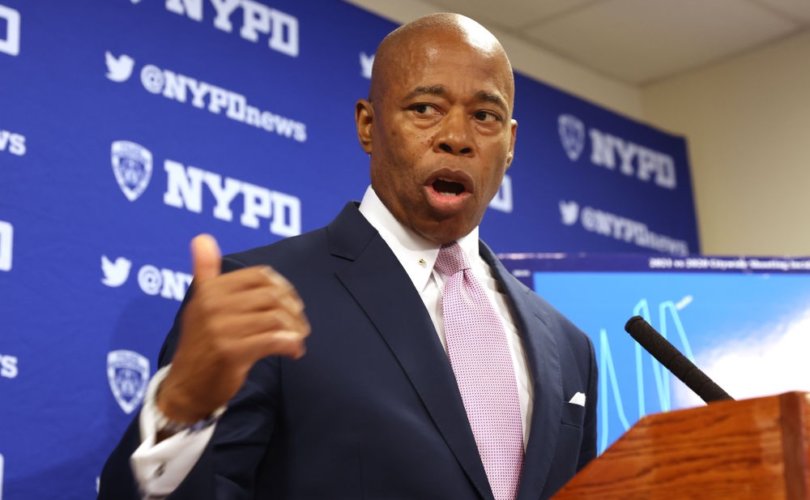 NEW YORK (LifeSiteNews) – The Big Apple has forced nearly 2,000 teachers and classroom aides out of their jobs over their refusal to take COVID-19 vaccines, with the latest round of firings claiming an estimated 850 workers.

The New York Post reported that with the passing of the latest deadline (September 5) for unvaccinated workers to either take the shot or being “deemed to have voluntarily resigned,” 450 of roughly 1,300 complied and returned to work from a yearlong unpaid leave, with the remainder losing their jobs.

That brings the total terminations since the end of October 2021, when the mandate for municipal workers took effect, up to approximately 1,950.

“I’m angry, I’m hurt, to be cast aside like I was nothing,” says 15-year Brooklyn elementary teacher Rachelle Garcia, who is losing her job after being denied a religious exemption. “Because I couldn’t give a proper goodbye to my students, other teachers told me they kept asking, ‘When is Ms. Garcia coming back?’ That made me cry so much.”

The municipal mandate, which NYC’s Democrat leaders have left in place despite ending the private employer mandate effective November 1, may be reviewed by the U.S. Supreme Court; Politico reported that conservative Justice Clarence Thomas has agreed to bring up the matter at an October 7 conference to decide which cases the Court will take. The case was submitted by NYPD Detective Anthony Marciano, who is unvaccinated but has natural immunity from prior infection.

Many religious and pro-life Americans have moral objections to knowingly taking any product tainted by abortion in any way, as even outlets supportive of the shots, such as the American Association for the Advancement of Science’s journal Science and the left-wing “fact-checking” website Snopes, have acknowledged is the case with the COVID-19 vaccines currently in widespred use.

Many Americans also harbor grave concerns about the necessity and safety of the COVID shots given the superiority of natural immunity, COVID’s low risk to most otherwise-healthy individuals, the vaccines’ failure to prevent infection, their accelerated development under former President Donald Trump’s Operation Warp Speed initiative giving them only a fraction of the evaluation and development time vaccines normally take, the lack of transparency from their manufacturers, and mounting evidence of serious adverse effects.