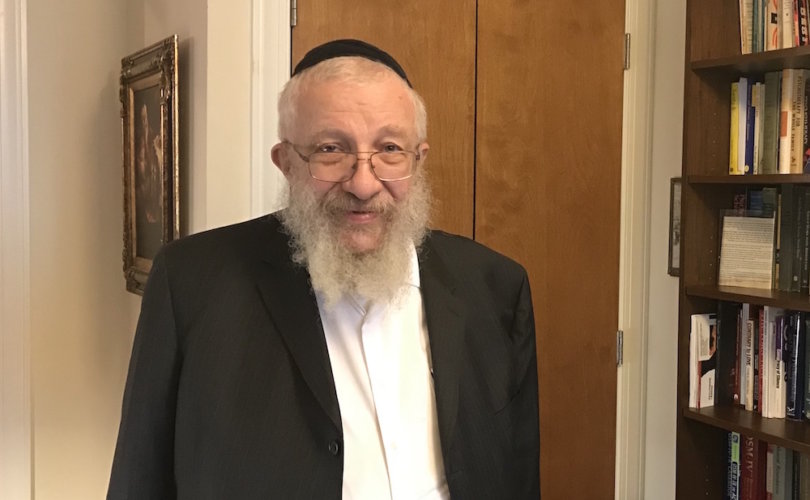 NEW YORK, July 15, 2020 (LifeSiteNews) – The city of New York has agreed to pay $100,000 in lawyers’ fees and damages after an Orthodox Jewish psychotherapist sued the city over a 2018 law banning counselors from treating unwanted homosexual attraction or gender confusion.

The law did, however, permit counseling that would encourage patients to adopt a gender identity different than his or her biological sex.

Schwartz asked a federal district court to halt enforcement of the law in June 2019, before the city decided to repeal the law in September.

Alliance Defending Freedom (ADF), whIch was representing Schwartz in his lawsuit, said Schwartz and his attorneys are now dismissing the suit in light of the city having repealed the law and the out-of-court settlement.

“New York City directly violated our client’s freedom of speech by trying to regulate and censor private sessions between an adult and his therapist. While the city eventually saw the writing on the wall and reversed course, it needlessly cost the taxpayers of New York tens of thousands of dollars for enacting its unconstitutional policy in the first place, because Dr. Schwartz was forced to go to court to protect his rights,” Brooks continued.

“Other cities should not repeat the same error. We’re grateful that New York City is no longer threatening to censor Dr. Schwartz’s conversations and impose government-approved orthodoxy on him or his patients.”

The ADF statement noted that in more than 50 years of general practice, “Schwartz has regularly encountered and served patients who want his help overcoming same-sex attraction.”

“Because of their religious beliefs and personal life goals, clients who seek his counsel often desire to experience opposite-sex attraction so they can marry, form a natural family, and live consistently with their Orthodox Jewish faith,” the statement explained.

“A number of patients have pursued and achieved those goals with the aid of his psychotherapeutic services. Schwartz uses no techniques in working with his patients other than listening and talking — yet the 2018 law claimed to forbid even that.”

Last month, a UN “Report on Conversion Therapy” encouraged governments to outlaw doctors from offering and patients from seeking assistance in overcoming unwanted feelings of homosexual attraction or confusion about their gender identity.

Canadian Prime Minister Justin Trudeau is currently pushing legislation that would prohibit parents from seeking to help their son or daughter overcome gender confusion or homosexual attraction. In Germany, a bill was launched earlier this year that would ban all therapies “aimed at changing or suppressing sexual orientation or self-perceived gender identity,” and the recently formed Irish coalition government has made it a part of their Programme for Government to “ban conversion therapy.”

Defenders of “reparative” or “conversion” therapy bans, such as Zack Ford of the left-wing ThinkProgress, claim that “every major medical organization has condemned the practice as ineffective and harmful.” But many former homosexuals, such as Angel Colon and Drew Berryessa, attest to the treatments’ success in improving their lives. They say they want others currently struggling with unwanted same-sex attraction to have the same options that benefited them.