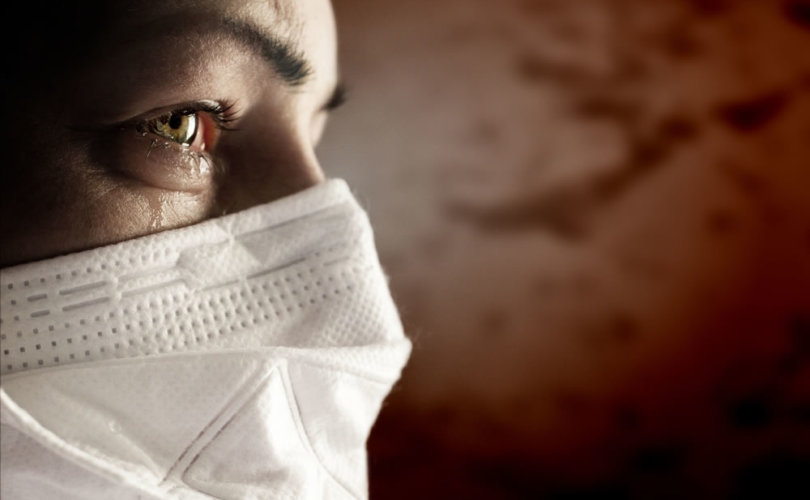 “Cause of death is the COVID-19 vaccine-related myocarditis,” Timothy Cahill, the chief deputy coroner for Bradford County, told RochesterFirst.com. The news site did not link to the recently released autopsy report for George Watts Jr., who died October 27, 2021.

The state of New York requires all college students to get jabbed with abortion-tainted shots. Watts, a student at Corning Community College, chose the Pfizer jab in September and October because the Food and Drug Administration (FDA) had given it full approval. However, the FDA’s approval is deceptive, because the “Cominarty” shot is not available to Americans.

Corning CC, part of the State University of New York system, required shots for participation due to a mandate dating to the Andrew Cuomo administration.

“The manner of death was ruled as ‘natural,’” Cahill said. But the cause is what the person actually died of – “natural just means of some sort of natural causes,” Cahill explained. This is because the vaccine caused the problem of myocarditis in Watts, which then led to heart failure.

“If it wasn’t for the vaccine … He wouldn’t have, he wouldn’t more than likely have passed away now,” Cahill said.

He said Watts is not the only vaccine case the coroner’s office is examining. “We are currently working on other cases that are related to vaccine and booster-related issues within our county.”

“After his first dose, George Jr. experienced complications, which he chose to keep to himself,” Rochester First reported. “According to his parents, blood was in his urine after the first shot. He then received his second dose in mid-September, where he experienced flu-like symptoms that did not resolve.”

A subsequent emergency room visit did not yield any heart issues. “George Jr. collapsed in his room on October 27 and was pronounced dead later that morning. His dad described him as healthy, saying he had no underlying medical conditions,” Rochester First reported.

One lawyer told LifeSiteNews that the Watts family has recourse to sue the state and Pfizer over their son’s death.

He noted that Pfizer knows there are problems with its jabs – the pharmaceutical company continues to fight efforts alongside the Food and Drug Administration to release the full safety data for its shots.

He said the immunity from lawsuits for Pfizer should be waived.

Renz said it can be “complicated” if the state of New York could be sued, but there could be a cause for arguing for a civil rights violation. “There could be a very good chance,” Renz said. “I would argue that there is a very well-established fundamental right for bodily autonomy.”

“That fundamental right is being violated” when someone is mandated to take a jab,” Renz said.

Renz has represented workers fired for not getting jabbed. He also represents a computer programmer who said the federal government is underreporting deaths related to the COVID-19 vaccine, a claim the Department of Health and Human Services denies.

COVID jabs have a history of causing serious heart problems

COVID shots have a documented history of causing myocarditis.

The FDA recently removed and then reposted a document that shows the rate of heart inflammation in young men who have taken the jabs is higher than initially thought.

British researchers in December 2021 found the myocarditis risk in men under 40 is several times higher than baseline after Pfizer or Moderna vaccination. The pre-print study reported that vaccine-related myocarditis may be more deadly than other forms of the condition.