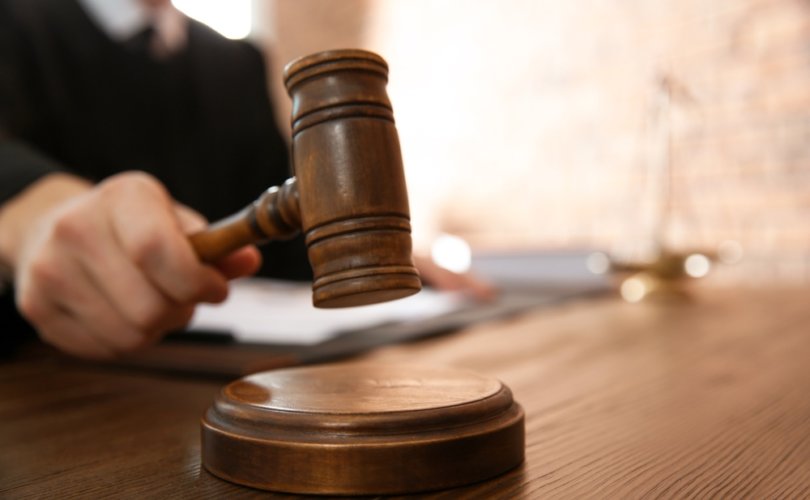 SYRACUSE, New York, October 16, 2020 (LifeSiteNews) – A Christian adoption agency which only places children with married couples of one father and one mother, has received a court ruling allowing it continue operating, after the agency was ordered to change its policy or close.

The OCFS continued by claiming that New Hope’s position was “discriminatory and impermissible” against same-sex couples, and that the agency must reverse its policy or close. It required the agency to state “that placement with unmarried or same sex couples is in the best interests of the child.”

New Hope clearly identifies as a Christian agency, and states that its “policy is an exercise of its religious faith.”

Consequently, New Hope filed a lawsuit seeking both preliminary and permanent injunctive relief, to halt OCFS from preventing them from finding homes for children through adoption. They stated that OCFS were forcing them to “violate their religious convictions and say things that they believe to be false—or shut their doors.”

The appeal for preliminary injunction was turned down in 2019, prompting New Hope to turn to the Second Circuit Court of Appeals, which reversed the original decision in July of this year.

There, the Court of Appeals ruled that there was “a plausible suspicion that OCFS acted with hostility towards New Hope because of the latter’s religious beliefs.”

The case returned to the New York District court, where New Hope emerged victorious in the proceedings on October 5. They were granted a preliminary injunction and the court ordered that “OCFS may not revoke New Hope’s perpetual authorization to place children for adoption during the pendency of this litigation.”

It declared that OCFS’s action “demonstrates some animosity towards particular religious beliefs.”

Roger Brooks, the senior counsel from Alliance Defending Freedom, New Hope’s legal counsel, said in a statement issued in response to the victory that government officials have no business forcing faith-based providers to choose between contradicting their religious convictions and closing their doors.

“The need for adoption services in New York, whether public or private, is huge, and New Hope’s faith-guided services do not coerce anyone and do nothing to interfere with other adoption providers who have different beliefs about family and the best interests of children,” Brooks said.

“Today’s ruling signals that the state’s attempt to shutter New Hope violated core rights protected by the First Amendment…this ruling means that New Hope can continue offering the exceptional support it has provided for decades while its lawsuit challenging the state’s unconstitutional policy continues,” he continued.

New Hope describes itself as “Christ’s hands extended to offer help and hope to those with pregnancy, parenting and post-abortion needs in the Syracuse area; and with adoption needs throughout New York State.” The organisation receives no state funding and relies entirely on donations.

The organisation holds that there are two sexes, male and female, made by God, and it is the union of man and wife in marriage which is the best place to raise children.

Since its founding in 1965, it has “placed over 1,000 children into loving adoptive homes throughout the State of New York” and the organisation says that, through its adoption programme, it “strives to save the lives of babies that God has created.”