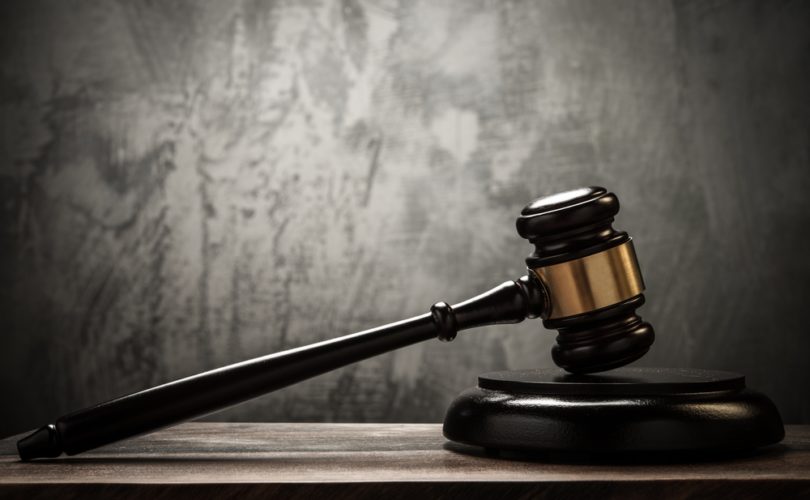 A challenge to New York's law targeting crisis pregnancy centers has been sent back to the lower courts after the Supreme Court declined to hear the case.

In 2011, the city of New York passed a law requiring pregnancy care centers and abortion clinics to disclose whether they refer for abortions, emergency contraception, or prenatal care, as well as whether a licensed medical provider is on-site at facilities. Centers were also ordered to tell women that NYC health officials say women should speak with a licensed health care provider.

After being overturned in its entirety by federal Judge William Pauley, two-thirds of the law was likewise held to be unconstitutional by the Second Circuit Court of Appeals. However, the medical provider component was upheld. City officials and other backers say the law prevents dishonesty by pregnancy centers, but Expectant Mother Care founder and director Chris Slattery told LifeSiteNews that the law is unconstitutional.

“We've fought this law for years,” said Slattery. “The good news is that the Second Circuit found the largest, and most important, aspect of the law unconstitutional — the requirement that all pregnancy centers disclose whether they do abortions, contraceptives, or pre-natal care. We won on the basis of the First Amendment rights, and the government was forced to back off on that part of the law.”

“We appealed the section we had been ruled against earlier this year, that we have to have medical supervision on-site. This is forcing me to go the expensive route of staffing my offices with doctors and nurses, unless we want to have to disclose that we don't have them on-site, and thus give us a disadvantage,” Slattery explained.

According to Slattery, his organization is upgrading “to become exempt from the law.” He said that the law “exempts organizations that have full medical supervision of their staff. This is how abortion clinics get around this, because they allegedly are in line with these standards.”

“This law, theoretically, could apply to abortion clinics. We are going to do some surveying to see if NYC equally applies the law,” says the director.

According to the Center for American Progress' Senior Constitutional Policy Analyst Ian Millhiser, the law is not only constitutional, but sound public policy. In a blog post for Think Progress, Millhiser wrote that the law prevented dishonesty by crisis pregnancy centers.

Millhiser described crisis pregnancy centers as “organizations that often masquerade as women’s health centers that offer reproductive health services, when their actual purpose is to persuade or even to deceive women into choosing not to have an abortion.”

Millhiser backed his claim by citing an investigation by NARAL in Virginia that purports to have found dishonest claims by pregnancy center employees. He also cited testimony by abortion clinic employees and abortion advocates that pregnancy care centers presented dishonest information to clients.

In a phone conversation with LifeSiteNews, Millhiser said that the testimony from the abortion supporters — which included leaders of Planned Parenthood and NARAL, and was contested by supporters of, and workers at, pregnancy care centers, including Slattery — should be considered valid.

“Testimony under oath is one of the primary ways that courts gather information, and judges have to make credibility determinations,” he said. “The examples in the Second Circuit Court's opinion are under oath, so if you believe that this method of gathering facts is inherently unreliable, then one of the fundamental assumptions of our judicial system is flawed.”

Millhiser also said that the NYC law is legal because “the Courts have said free speech is protected by the Constitution, and so is abortion.”

Comparing pro-life laws requiring doctors to give information to women considering an abortion, Bowman said, “When a doctor performs a surgery on someone, that's a medical action, and the patient needs to give full, informed consent. But when a free citizen merely wants to speak on an issue, then the government cannot impose government conditions on that activity.”

“It's no secret that the city made the law because pro-abortion special interests wanted the law to scare women away from pro-life care centers,” continued Bowman. “When women have their babies, Planned Parenthood loses money. It's blatantly unconstitutional because a city can't force you to recite the government's message because the government disagrees with you on abortion.”

Millhiser says that “the distinction is that case law distinguishes between fact and advocacy. Government can require the makers of Fruit Loops to disclose FACTUALLY what the list of ingredients is in that box. They cannot require them to print on the box, 'Don't eat these, they're bad for you.'”

“The portion that was upheld in NYC requires CPCs and abortion clinics to disclose facts — whether medical professionals are on-site. If the law required CPCs to portray a government opinion to have or not have an abortion, that would be unconstitutional,” said Millhiser.

According to Millhiser, care centers should have no concern with the law's requirements “if [they] are not trying to deceive women.” He asked, “Why would they object to saying that they do not have a medical personnel on staff? The only reason I can think of for an objection is that the CPCs believe admitting that they do not have a physician on staff would undermine their goals.”

Heartbeat International president Peggy Hartshorn agreed with Millhiser that the goals of pregnancy centers are being undermined by the law — though she said care centers aim to help women, not manipulate them.

“The only thing this law does is make it more difficult for a mother to find help when she is facing an unexpected pregnancy in New York City,” said Hartshorn. “Every pregnancy help medical clinic in the U.S. is operated with the involvement of a licensed physician medical director who is responsible for what happens in the clinic.”

According to Hartshorn, “Heartbeat International is dedicated to the continued excellence of its affiliates, including pregnancy help medical clinics. For example, we currently offer over 20 accredited online courses for nurses serving in a pregnancy help medical clinic setting, equipping these dedicated professionals to provide each client with accurate information and life-affirming options.”

Hartshorn told LifeSiteNews, “Heartbeat International and our affiliated pregnancy help organizations are pro-life,” and “offer life-affirming options that empower a woman with true choice in the midst of an unexpected pregnancy, because we believe no mother should ever feel so alone and hopeless that she ends her child's life through abortion.”

“Our affiliate network of pregnancy help centers, medical clinics, maternity homes, and non-profit adoption agencies meet each woman where she is—often at a point of crisis—and offer her the emotional help and practical resources she needs, both to care for herself and to welcome new life.”

Bowman said that the Second Circuit Court's decision, coupled with the Supreme Court's decision, could have greater consequences for pregnancy care centers around the nation. “[It is] a dangerous precedent because — for the first time — it allows a non-profit, free-speech organization to be forced to speak the government's message. That ruling is incorrect, and we will be working to illustrate how the facts of the case don't support that ruling on the remand of the case, when it goes back down to the District Court.”

Comparing this case to the one ADF won for Centro Tepeyac in Maryland against a similar regulation, Bowman said that “the NY law is more extensive in the coerced speech that the city forces pro-life centers to recite — more information is required by the centers in more contexts.”

In his statement to LifeSiteNews, Slattery didn't mince words. “A lower judge called this law 'a bureaucrat's dream.' I call it a pro-lifer's nightmare because the fines can be $2,500 for a single violation.”

LifeSiteNews reached out to NARAL's New York chapter for evidence of lying by New York pregnancy centers. Multiple requests for comment were not returned. However, NARAL's New York president, Andrea Miller, said in a public statement that the city's law “is a commonsense measure that safeguards women from CPCs’ deceptive practices and helps pregnant women to make fully informed decisions about their care.”

In the same statement, the law's original sponsor, Jessica Lappin, said that the law is about “ensuring that women get accurate and factually based medical guidance, especially when they are scared and vulnerable and think they might be pregnant.”